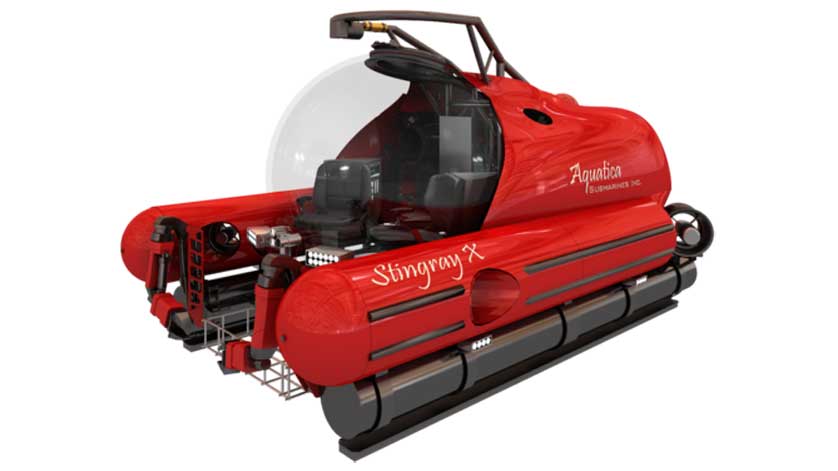 Aquatica Submarines and Subsea Technology (Aquatica), a leading manufacturer and operator of manned submersibles, announces the discovery of a new glass sponge bioherm, located in Howe Sound, Vancouver. Aquatica pilot Erika Bergman and Naval Architect Gary Hancock along with the Executive Director of the Centre for Applied Earth Observation at UBC, Dr. Robert Falls, were on a routine 400-foot survey dive offshore of Aquatica’s marine headquarters when the discovery was made.

The group transecting a wall in the manned submersible Stingray 500, noticed a small group of juvenile sponges at 380 feet. As the team ascended to 280 feet, the wall opened up to a large underwater plateau stretch full with glass sponges. Once thought to be extinct, glass sponges (Hexactinellida) are rare and difficult to study because most species grow only in deep water (500-3000m). Manned submersibles, like the Stingray 500, enable scientists and researchers’ greater flexibility to document, observe and survey at depth and in-situ. Dr. Glen Dennison of the Marine Life Sanctuaries Society (MLSS) has confirmed the discovery. 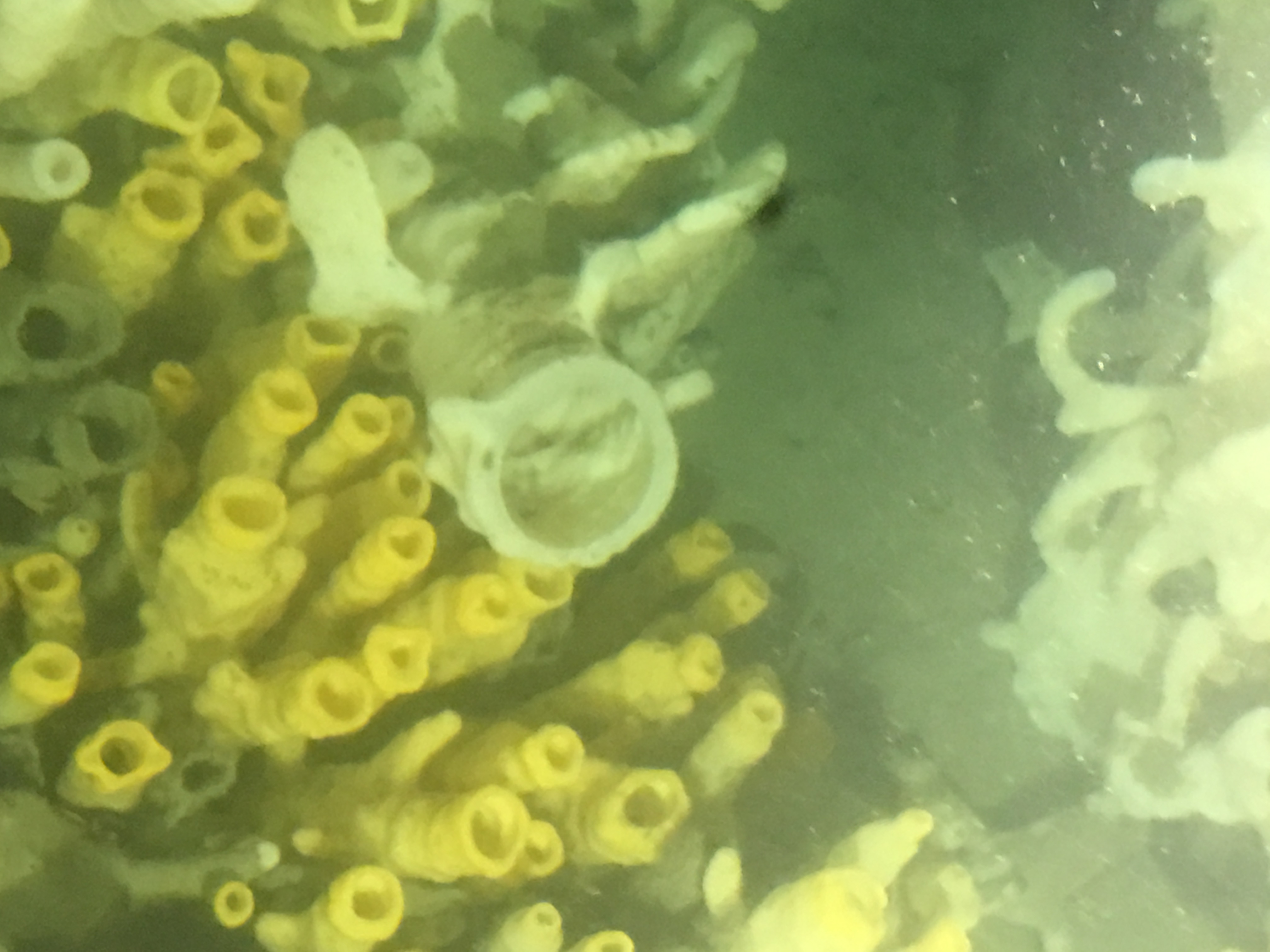 This new glass sponge bioherm identification comes on the heels of Aquatica’s recent scientific expedition conducted last month in partnership with the Marine Life Sanctuaries Society (MLSS) and the Vancouver Aquarium. Those dives were also carried out in Howe Sound and focused on the Kelvin Grove Glass Sponge Bioherm which was discovered earlier by Marine Life Sanctuaries Society (MLSS) member Dr. Glen Dennison using sonar and a remotely operated camera.

Each dive provided direct access to a team of photographers and scientific researchers so they could view, study and document the condition of the reefs in the area. In the past, scientific documentation and viewing in-situ was limited due to location and depth in 250-260 feet of water. With the use of Aquatica’s manned submersible, the Stingray 500, Dr. Dennison and his team were able to have unlimited long duration access to confirm the condition and state of the reef. On the second day of diving, Aquatica hosted a Discovery Channel film crew to take part in the expedition and capture the imagery first hand. The expedition was a huge milestone for both Aquatica and the MLSS as this was the first time humans have ever seen this ecosystem.

“Harvey Fleming and his team from Aquatica Submarines have produced one of the most useful research tools in the field of ocean studies that we could have envisioned,” said Dr. Glen Dennison, MLSS. ”The Stingray submarine is a perfect observation and work platform. The greater than 270 -degree viewport is a marine scientist’s dream come true. Submerged taxonomy studies can be performed with ease. The possibilities of extended, while suspended, deep water studies are now in the grasp of the marine biologist.”

“Looking to the future, the Marine Life Sanctuaries Society is optimistic that our combined forces will open a large portal into the ocean to reveal the true state and unique stories of the depth,” said Shelia Byers MLSS President. ”Only through proper scientific understanding and documentation can our trained marine biologists, resource managers, and policymakers, guide our country into sustainable use of the oceans. A fleet of Aquatica Stingraysubmarines would launch Canadians towards that goal. Stingray is a fantastic Canadian-built tool for ocean research and monitoring.”

The Marine Life Sanctuaries Society is a not for profit organization of marine biologists and citizen scientists that has been in existence since 1990. MLSS members in unison with the Underwater Water Council of British Columbia, have discovered the rare glass sponge reefs that inhabit Howe Sound, thought to have been extinct for 65 million years. These reef structures date back over 10,000 years, and the MLSS is a key organization in creating marine sanctuaries to protect these remarkable life forms. Along with the research team from MLSS, Vancouver Aquarium Manager Dr. Jessica Schultz was also on hand to participate in the expedition process.

“Being in the submarine was like gliding over the ocean floor in your very own IMAX theater. As a researcher, it was incredibly exciting to be able to access areas where little to no ecological research has been done. Aquatica submarines have tremendous potential as an observational tool. There’s just no substitute for witnessing marine life first-hand.”

On day two, the Discovery Channel’s Daily Planet scientist and television personality, Alan Nursall and his team were part of a long duration dive with Dr. Dennison and sub pilot Erika Bergman. Alan who reports on science news for the Canadian television series Daily Planet and the Alan Nursall Experience will air the show Monday, April 3rd, 2017.

The experience of exploring subsea gardens such as the glass sponge bioherms is not limited to scientists and researchers. With a one-atmosphere environment, subsea access is open to all deep ocean enthusiasts through manned submersibles.

Last Fall, Aquatica made news with their sea trials test which was featured on the Discovery Channel’s Daily Planet. Please check out the coverage on YouTube video here.