An Arctic Expedition from Planning to First Results” – APECS-ARICE Webinar 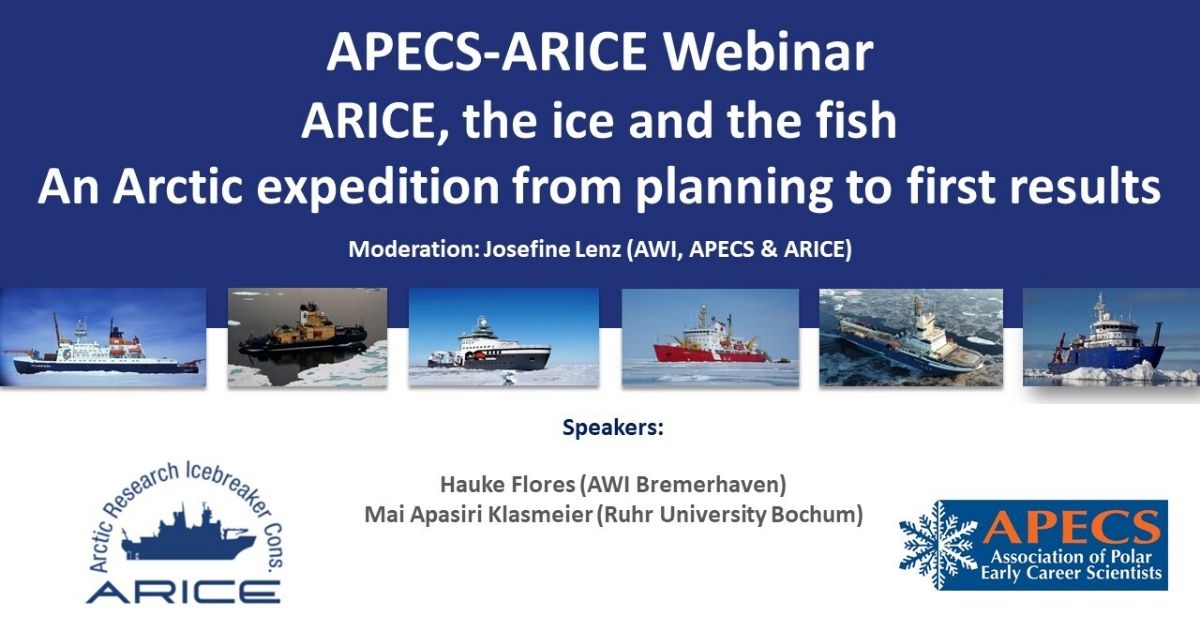 The World Ocean Council (WOC) invites interested parties to the webinar “ARICE, The Ice and The Fish: An Arctic Expedition From Planning to First Results”, May 28th, at 16:00-17:00 GMT. The event is organized by the Association of Polar Early Career Scientists (APECS) and the ARICE Project, for which the WOC is the industry organization partner. 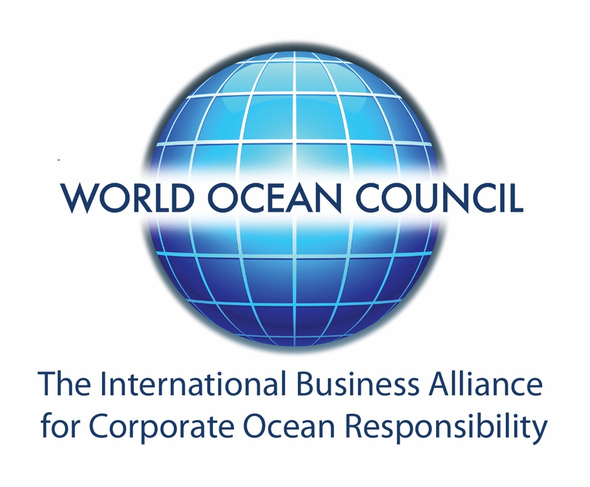 In November 2019, US icebreaker RV Sikuliaq headed to the north side of Alaska for a combined oceanographic and biological expedition as part of the ARICE-funded project GO-WEST. Polar cod is a keystone species of the Arctic food web. It has been hypothesized that juveniles get entrained with the new sea ice in autumn and use it as a transportation vector over large distances. The changing icescape of the Arctic Ocean will affect this close relationship between fish and sea ice.

GO-WEST aimed to sample for the first time young polar cod at the underside of new sea ice between autumn and winter, and to investigate their survival conditions. To this end, the team used a Surface and Under-Ice Trawl capable to skim the underside of sea ice. The first results of this expedition show that young polar cod were present in the under-ice habitat throughout the investigation area, along with their main prey species.

During this webinar presenters will provide an overview of the preparation process and logistics hurdles of the expedition, as well as the generation of raw data, sample elaboration, data processing and publications.

The webinar will be moderated by Josefine Lenz (AWI & APECS). Speakers include:

Within ARICE, the WOC has been working to ensure regular and sustained interaction between the Arctic science community and industry – by providing the leadership and industry connection to develop an Industry Liaison Panel, whose role will be to engage key companies to be a part of this structured process. WOC is also working to identify key industry stakeholders with operations in the Arctic Ocean, i.e. those who are able to deploy instrumentation or collect environmental data in the region, with the aim of expanding observation capacities in the Arctic.