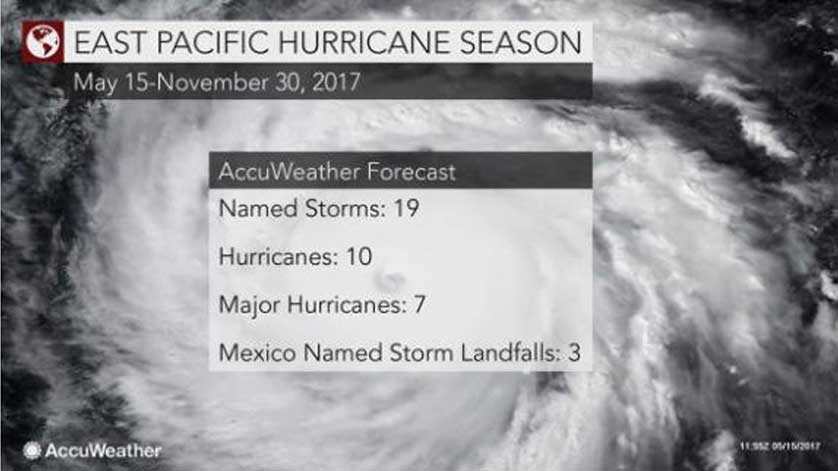 AccuWeather reports following a very active 2016 hurricane season, an above-normal number of tropical storms and hurricanes are once again forecast in the East Pacific in 2017.

These numbers do not reflect any storms that develop in the central Pacific Ocean, including in the Hawaii area.

An average season in the eastern Pacific Ocean yields 15 tropical storms and eight hurricanes, four of which become major hurricanes.

"Sea surface temperatures are expected to be above normal throughout the basin, especially over the main development region," added Kottlowski.

Another significant factor in tropical development is vertical wind shear, which is the difference in horizontal wind speed and direction throughout different levels of the atmosphere.

Decreasing amounts of wind shear during the summer months in the East Pacific will further aid in tropical development.

While many of the tropical systems will remain over the open ocean with little or no impact to land, three landfalls are forecast on the Mexico coastline.

With the threat for seven major hurricanes in the basin, residents and visitors should remain alert for dangerous conditions from multiple tropical systems in western and northern Mexico.

"There are also one to two tropical impacts on the United States from the eastern Pacific during an average year," Kottlowski said. "This would mainly be in the form of flooding rain affecting the region from Southern California to Texas."