A Global, Non-Profit Effort Aims to Map World’s Oceans by 2030 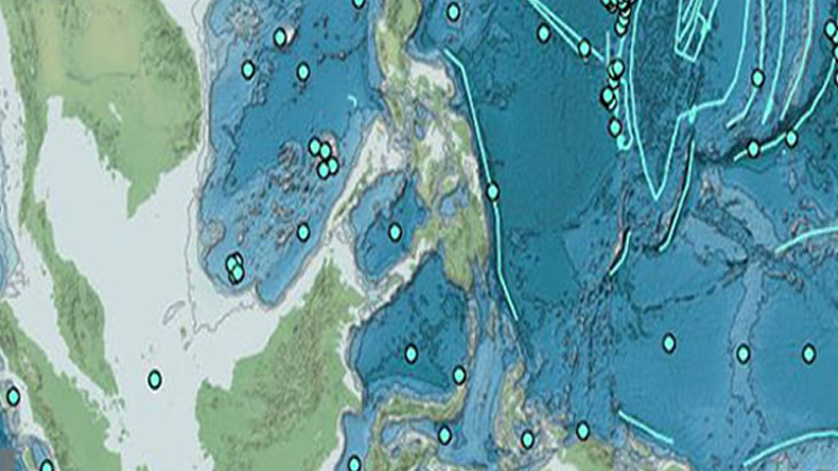 More than 85 percent of the ocean floor remains unmapped, leaving us in the dark about much of the earth’s topography. A global, non-profit effort will try to remedy that by 2030. The effort will affect everything from climate research and weather prediction to mineral resource exploration and fisheries.

In the video, researchers who attended the Forum for Future Ocean Floor Mapping in Monaco last year talk about the importance of creating a global seafloor bathymetric map.

Researchers at Lamont-Doherty Earth Observatory have a “symbiotic relationship” with the project, said Vicki Ferrini, who was executive producer of the video. Ferrini, who helps build ocean maps from data gathered by Lamont researchers and other institutions, has been involved for about a decade in the larger global mapping effort, known as GEBCO—the General Bathymetric Chart of the Oceans. It’s a volunteer collaboration of scientists and institutions around the world that produces data sets and data products about the sea floor, including gridded bathymetric datasets, a world map and Gazetteer of Undersea Feature Names.

“Lamont played a very important role in developing sea floor maps,” Ferrini said, “and we continue to do so, and it is a tradition I feel very proud to continue.” Decades of data gathered by Lamont’s research vessels feeds into Ferrini’s work, and in turn contributes to GEBCO. And Lamont in turn uses maps produced by GEBCO to further its own research.

More than 150 government representatives, scientists and business associates from major ocean-related organizations around the world attended the forum, which was meant to spur on the project and bring in more contributors.

GEBCO’s goal is to provide the most authoritative, publicly available bathymetry data sets for the world’s oceans. The group also helps train a new generation of scientists in ocean bathymetry through a program at the University of New Hampshire funded by the Nippon Foundation, based in Tokyo, Japan. Ferrini said that the training program has helped bring in younger scientists from many nations, and has spread the mapping project’s reach around the world.

Ocean bathymetry can influence climate, sea level rise and general earth processes, weather and tsunamis, the distribution of sea life and fisheries management, Ferrini said. But exactly what the project will do for us is unclear: “Part of the story is we don’t know, because we haven’t mapped it yet,” Ferrini said. “It’s the foundation of exploration—we have to know the general shape before we can go in with instruments and really explore.”

The effort to chart the whole of the earth’s ocean topography dates back a century or more, when an international group began the work of standardizing charts and nomenclature. In 1994, GEBCO produced the first digital atlas of the oceans.