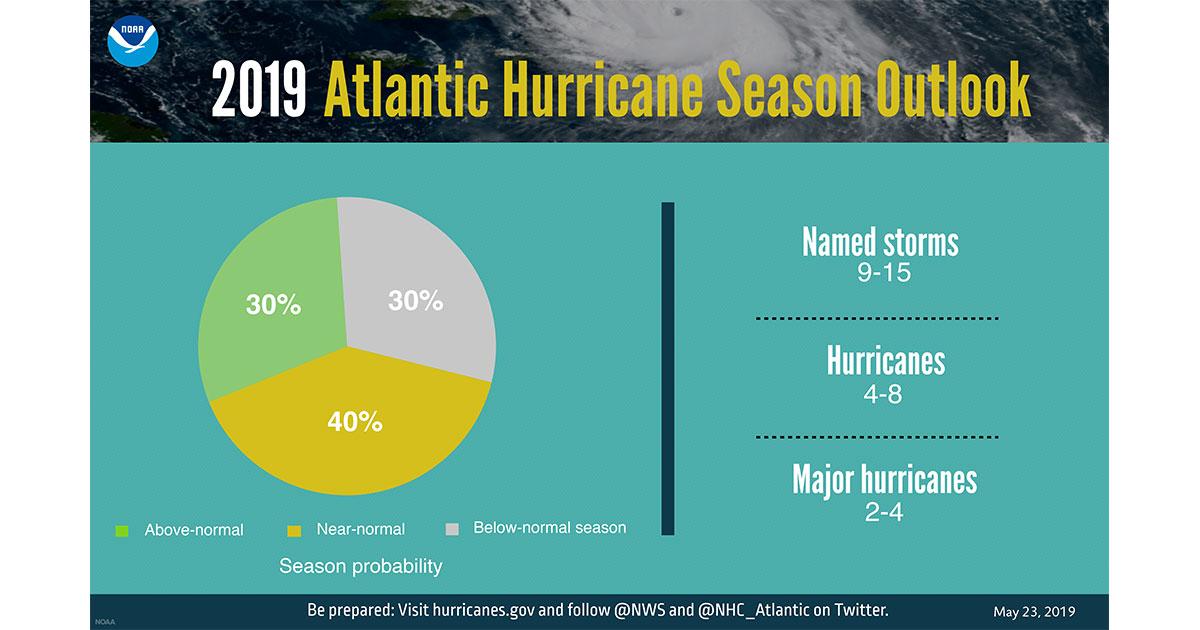 “With the 2019 hurricane season upon us, NOAA is leveraging cutting-edge tools to help secure Americans against the threat posed by hurricanes and tropical cyclones across both the Atlantic and Pacific,” said Secretary of Commerce Wilbur Ross. “Throughout hurricane season, dedicated NOAA staff will remain on alert for any danger to American lives and communities.” 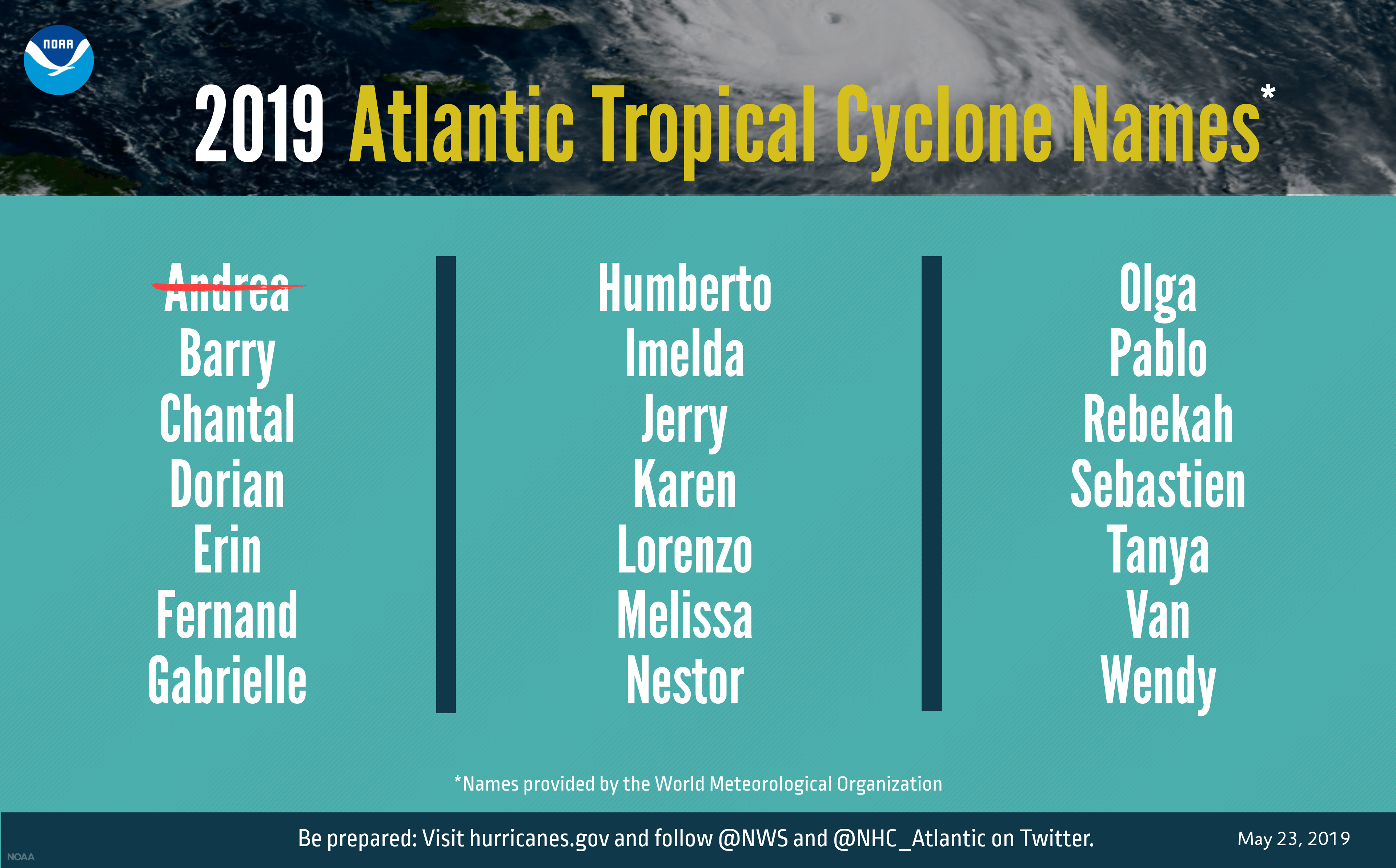 This outlook reflects competing climate factors. The ongoing El Nino is expected to persist and suppress the intensity of the hurricane season. Countering El Nino is the expected combination of warmer-than-average sea-surface temperatures in the tropical Atlantic Ocean and Caribbean Sea, and an enhanced west African monsoon, both of which favor increased hurricane activity.

“New satellite data and other upgrades to products and services from NOAA enable a more Weather-Ready Nation by providing the public and decision makers with the information needed to take action before, during, and after a hurricane,” said Neil Jacobs, Ph.D., acting NOAA administrator.

NOAA’s National Weather Service is making a planned upgrade to its Global Forecast System (GFS) flagship weather model – often called the American model – early in the 2019 hurricane season. This marks the first major upgrade to the dynamical core of the model in almost 40 years and will improve tropical cyclone track and intensity forecasts. “NOAA is driving towards a community-based development program for future weather and climate modeling to deliver the very best forecasts, by leveraging new investments in research and working with the weather enterprise,” added Jacobs.

NOAA’s National Hurricane Center and NWS office in San Juan will expand the coastal storm surge watches and warnings in 2019 to include Puerto Rico and the U.S. Virgin Islands. In addition, NHC will display excessive rainfall outlooks on its website, providing greater visibility of one of the most dangerous inland threats from hurricanes.

Also, this season, NOAA’s Hurricane Hunter aircraft will collect higher-resolution data from upgraded onboard radar systems. These enhanced observations will be transmitted in near-real time to hurricane specialists at the National Hurricane Center, the Central Pacific Hurricane Center and forecasters at NWS Weather Forecast Offices.