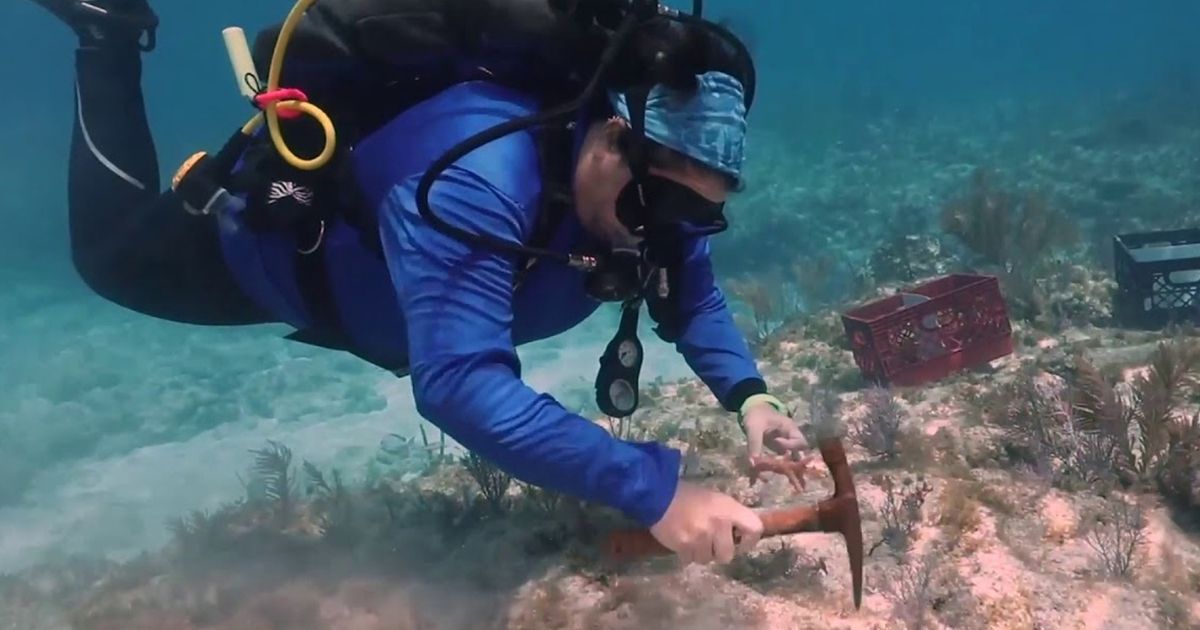 In the spirit of this year’s Earth Day theme “Restore our Earth,” NOAA and partners are beginning a three-year effort to outplant more than 60,000 fragments of nursery-raised coral at Eastern Dry Rocks Sanctuary Preservation Area off the coast of Key West, Florida.

“Outplanting at this unprecedented scale is one of many immediate actions needed to address the rapid decline in our treasured coral reefs,” said Ben Friedman, acting NOAA Administrator. “The Florida Keys has become a world leader in coral restoration with new techniques for addressing threats and accelerating coral growth, thanks to an unprecedented collaboration between NOAA, our partners, and a community of stewards.”

Eastern Dry Rocks contains a concentration of bank reef habitats that are ecologically and economically important to the Florida Keys. The elkhorn and staghorn corals that are being transplanted across more than nine acres include a high number of distinct genetic strains representing the historical diversity found on these reefs, and genotypes that have exhibited the highest survival and growth rates. Practitioner partners that will assist in the outplanting grew the corals in their respective nurseries over six to eight months.

NOAA and the National Fish and Wildlife Foundation awarded a $5 million grant through the National Coastal Resilience Fund to the National Marine Sanctuary Foundation, in partnership with Mote Marine Laboratory & Aquarium and Coral Restoration Foundation™, to restore Eastern Dry Rocks. The grant is the largest one-time investment since the initiative was announced in December 2019.

Scott Winters, CEO of Coral Restoration Foundation, said “Coral Restoration Foundation has already begun a massive expansion of our Coral Tree Nursery in Key West to support the restoration of Eastern Dry Rocks. Since January 2021, we have now replenished the site with more than 1,085 genetically diverse staghorn and elkhorn corals and are well on our way to hitting our target of 7,350 by the end of the year. Knowing that we are not doing this alone, that this work is part of a much larger, coordinated effort, gives us a renewed sense of hope for the future of the Florida Keys.”

"We are excited to press forward with the application of Mote’s innovative science-based coral restoration of genetically-resilient corals on such a broad scale at Eastern Dry Rocks,” said Michael P. Crosby, Mote Marine Laboratory & Aquarium President & CEO. “Mission: Iconic Reefs is one of the largest reef restoration efforts in the world, and the collaborative efforts of Mote, NOAA, and our partners is unprecedented in this field. Florida’s Coral Reef is vital to our environment and economy, so Mote will continue to maximize our restoration efforts in support of Mission Iconic Reefs whenever possible.” 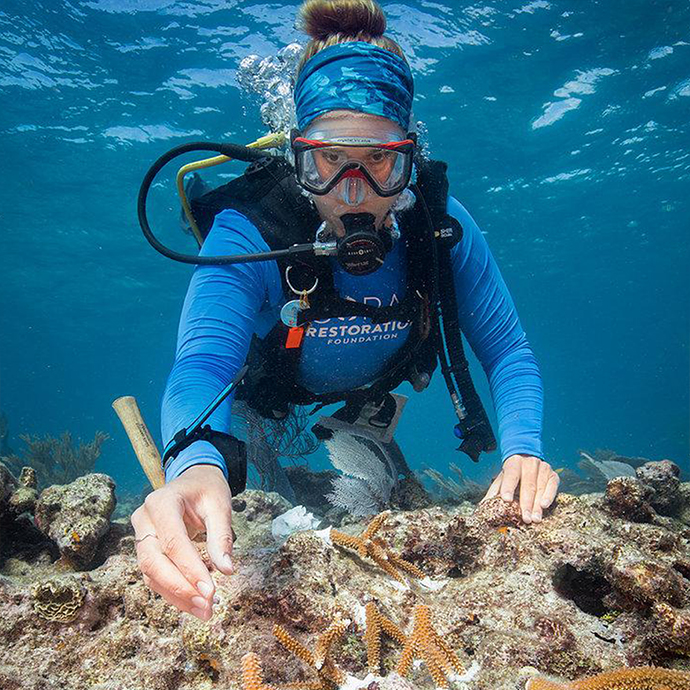 The coral fragments are attached to the reef with epoxy and tagged to keep track of genetic information. (Coral Restoration Foundation)

In later stages of the project, students and faculty of College of the Florida Keys will also help reintroduce thousands of herbivores, like the Caribbean King Crab, to the site to serve as natural grazers that help sustain a healthy ecosystem.

“In many ways, Eastern Dry Rocks serves as a test case for the other six Iconic Reef sites—from research and development on grazers to refinement of methodologies for maintenance and preparation,” said Sarah Fangman, Florida Keys National Marine Sanctuary Superintendent. “Lessons learned from Eastern Dry Rocks will form the basis for standard operating procedures and implementation plans of future Iconic Reef sites.”

Informed by years of research, successful trials, and expertise from dozens of coral scientists and restoration practitioners, NOAA believes this scientific and collaborative restoration plan will put Florida’s reefs on track for recovery and demonstrate how restoration can support a vibrant, sustainable, local economy and help buffer communities from coastal storms. The reef track in the Keys attracts millions of visitors per year, accounting for more than $2 billion of economic impact.

“Florida Keys' iconic reefs, including Eastern Dry Rocks, are the basis for thriving ecosystems underwater and the critical tourism economy on dry land,” said Kris Sarri, president and CEO of the National Marine Sanctuary Foundation. “This project will transform how we approach coral restoration."