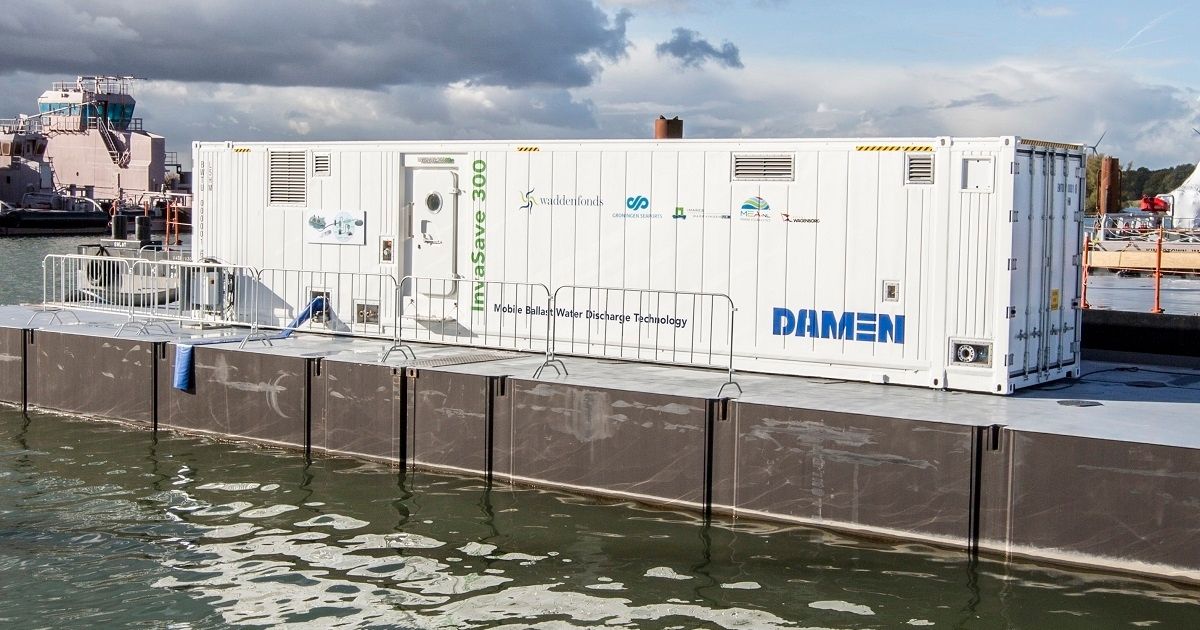 Climate Investor Two has approved an investment that could amount to 24.5 million euro to support the lease of Damen’s portable ballast water treatment solution InvaSave to customers in Africa, Asia, and Latin America.

Climate Fund Managers, the manager of CI2, as well as the DFCD, is pleased to announce the signing of this Development Funding Agreement of 2.8 million euro to finance the start of this project with Damen Financial Services, the newly founded department within Damen Shipyards Group.

The project concerns the treatment of ballast water, which is taken on in great quantities by marine vessels to offset unloaded cargo or waste, before being discharged at the ship’s next port of call. This discharge typically contains a multitude of viruses, bacteria, and other biological materials, including plants and animals collectively referred to as invasive species. The inadvertent release of non-native and nuisance species in ballast water has already triggered extensive ecological damage, with a knock-on effect on the economy and human health.

The International Convention for the Control and Management of Ships' Ballast Water and Sediments (BWM) came into force in 2017, with the goal of ending the spread of harmful aquatic organisms from one region to another. As of July 2020, 87 out of 217 countries have signed the higher standards and procedures for the management of ships' ballast water, representing more than 80 percent of the world’s merchant shipping tonnage.

The Damen containerized ballast water treatment system InvaSave offers a port-based solution to ships ill-equipped to treat their ballast water or wishing to supplement their existing treatment capabilities to meet higher standards. In addition, the system is currently the only one to be certified by the International Maritime Organization, which is responsible for the implementation of the BWM convention. During the commercial phase, it is estimated that the systems will treat up to 36,000 m3 of ballast water per day.

Tarun Brahma, CFMs Head of Investments, stated, “The Damen project represents an exciting opportunity to get ahead of the growing demand for ballast water treatment, whilst also contributing toward climate adaptation and preserving the future of marine ecosystems. In addition, we estimate this project to create 240 new jobs locally.”

Jan Willem van Helden, managing director Damen Financial Services: “Thanks to the lease construction made possible through our partnership with Climate Investor Two, this eco-friendly solution will be within reach of many more companies and governments in Africa, Asia, and Latin America.”