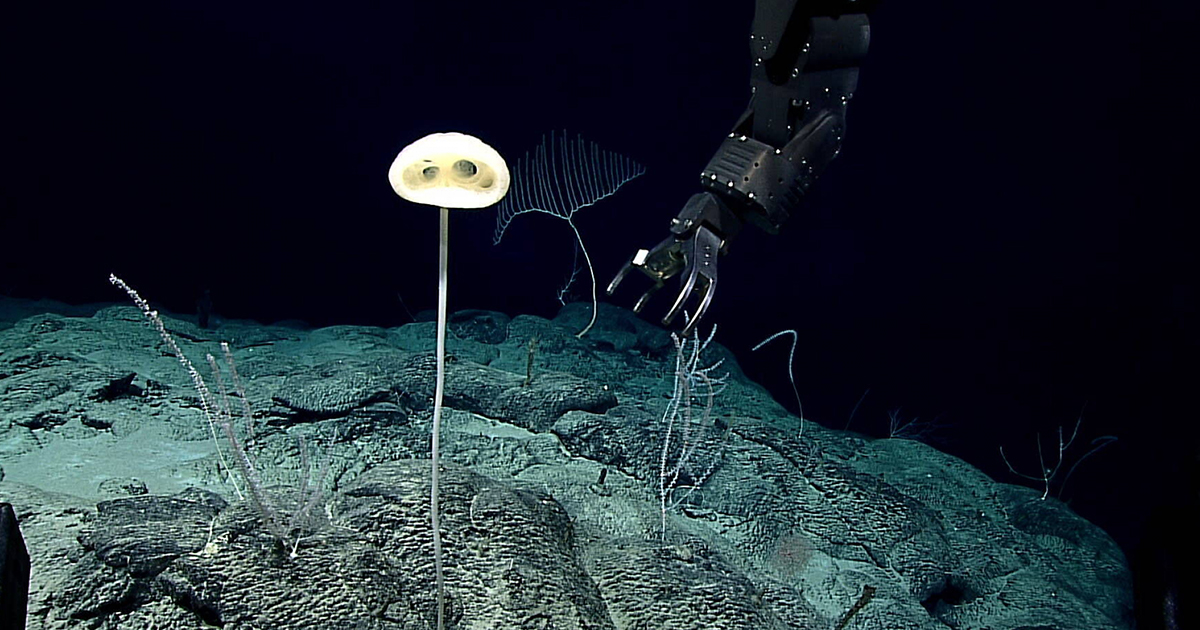 The so-called “E.T. sponge,” will soon join the ranks of the branch-armed nostril copepod, feisty Elvis worm, tree-of-life tardigrade and other discoveries that made a list of top-10 remarkable new marine species of 2020, chosen by the World Register of Marine Species (WoRMS).

Last year, in honor of its resemblance to the space alien from the beloved 1982 Steven Spielberg movie "E.T. The Extra-Terrestrial," scientists studying the new sponge named it Advhena magnifica, Latin for "magnificent alien."

In 2016 and 2017, while exploring deep waters in the Pacific on expeditions led by the NOAA Office of Ocean Exploration and Research, scientists encountered an unusual-looking sponge that they had not seen before. Close analysis of a sample of the sponge revealed that it was indeed a new genus and species, according to Cristiana Castello Branco, Ph.D., and Allen Collins, Ph.D., with the NOAA Fisheries National Systematics Laboratory at the National Museum of Natural History.

Each year, the editors of WoRMS and other major taxonomy journals nominate their favorite newly described marine species. The top-10 list represents just a small portion of the almost 2,000 fascinating new marine species discovered each year.

NOAA uncovers something new with almost every exploratory dive to the deep. These discoveries increase our understanding of the ocean, so we can more effectively manage and conserve ocean resources that are vital to our economy and to all of our lives.