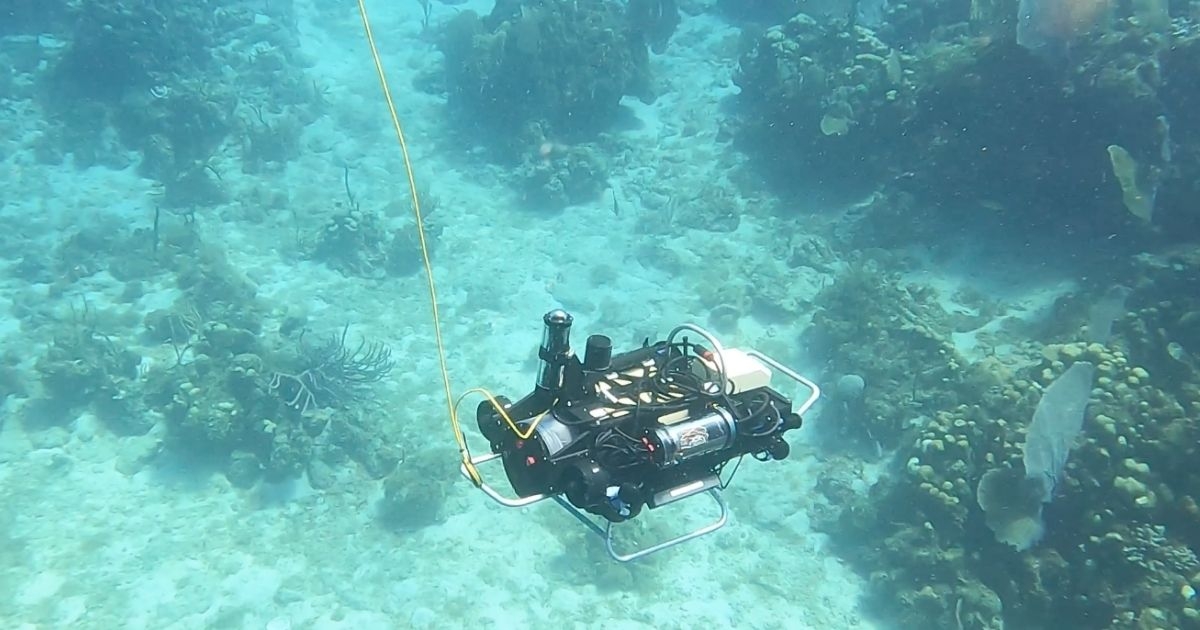 A grant by the National Science Foundation to researchers at the Woods Hole Oceanographic Institution (WHOI) and Syracuse University aims to open new avenues of robotic study of coral reefs by developing autonomous underwater vehicles capable of navigating complex environments and of collecting data over long periods of time.

The team led by WHOI computer scientist Yogesh Girdhar aims to build a robot capable of navigating a reef ecosystem and measuring the biomass, biodiversity, and behavior of organisms living in or passing through a reef over extended periods of time.

Coral reefs support the health of the ocean and support large numbers of people worldwide. About one in four marine organisms relies on reefs at some point in their lifecycle, and hundreds of millions of people derive food, jobs, and protection from storms and erosion from reef ecosystems. A 2020 report on the status of coral reefs worldwide put the value of benefits reefs provide at $2.7 trillion per year. Despite this, reefs are in decline around the world as a result of rising temperatures, ocean acidification, pollution, and other threats. And scientists are scrambling to better understand complex reef ecosystems and devise ways to deal with a growing crisis.

“The tools we have right now to study coral reefs are pretty primitive,” said Girdhar. “The robots and the sensors we have at the moment can’t capture the spatial and temporal diversity of a reef at the same time. We want to amplify the capability of scientists in the field and the tools they’re using.”

The $1.5 million grant to Girdhar and a team that includes WHOI biologist Aran Mooney, WHOI acoustician Frants Jensen, and Syracuse University engineer (and former WHOI postdoctoral scholar) Seth McCammon is entitled “An Ecologically Curious Robot for Monitoring Coral Reef Biodiversity.” It was made as part of the NSF’s National Robotics Initiative 3.0, a program to support fundamental research that promotes integration of robots to the benefit of humans including human safety and human independence. 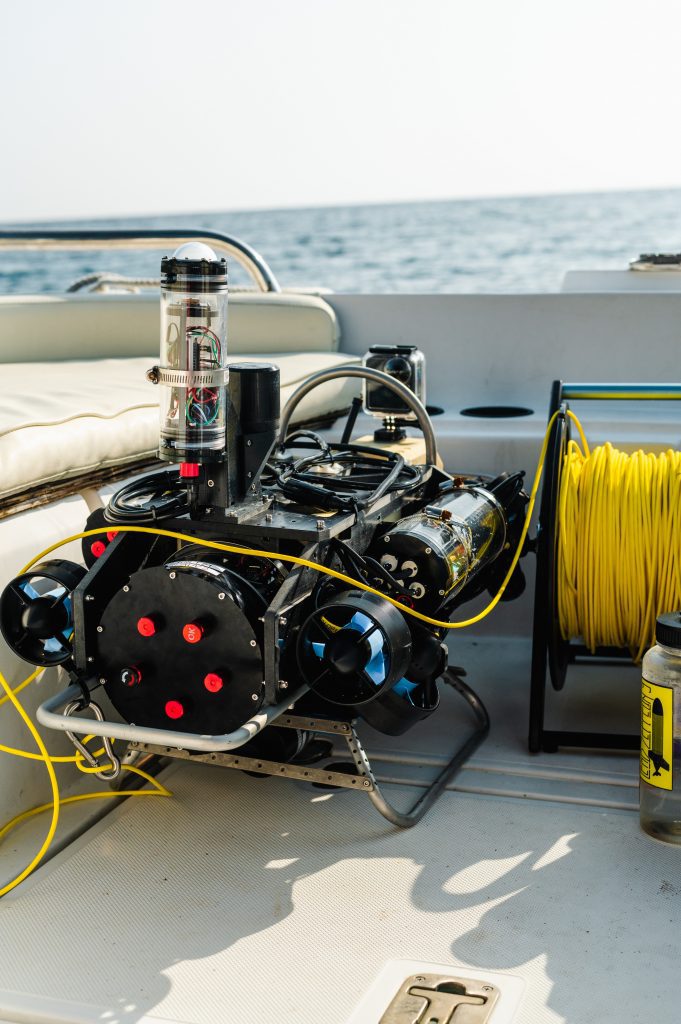 A team led by WHOI computer scientists envision a robot with two basic methods of observing a coral reef—image collection and acoustic analysis—and use the information it gathers to explore the reef ecosystem. Daniel Hentz / © Woods Hole Oceanographic Institution

The robot Girdhar and his team envision will combine two basic methods of observing a coral reef—image collection and acoustic analysis—and use the information it gathers to mimic the curiosity of a trained diver to navigate and explore a reef. Images enable scientists to positively identify individual species and locations of interest in a complex environment, but have limited range underwater. Acoustic signals can provide an overall assessment of reef health, but often lack detailed, species-specific information. Combining the two, the researchers hope to enable the robot to slowly build a detailed picture of ecosystem function and health, much as a trained scientist would over time.

Another drawback of robotic sensing has been that the presence of a moving vehicle moving underwater can disrupt the behavior of the animals the vehicle wants to observe, scattering animals to other parts of the reef or causing them to hide. To reduce its impact on animals’ behavior, the vehicle will “hop” through a reef, moving for short distances, then setting down on the seafloor to observe and collect data for extended periods. By only moving for short bursts, the vehicle will also be able to conserve power, greatly extending the length of a mission over a conventional, constantly swimming AUV and allowing it to gradually assemble a picture of where different animals congregate or how they use the reef ecosystem.

“We envision putting the robot in a reef, and having it come back in a week or month with a detailed understanding of how biodiversity is distributed across the reef in space and time,” said Girdhar. “It will really give coral reef scientists more bang for the buck over each deployment.”