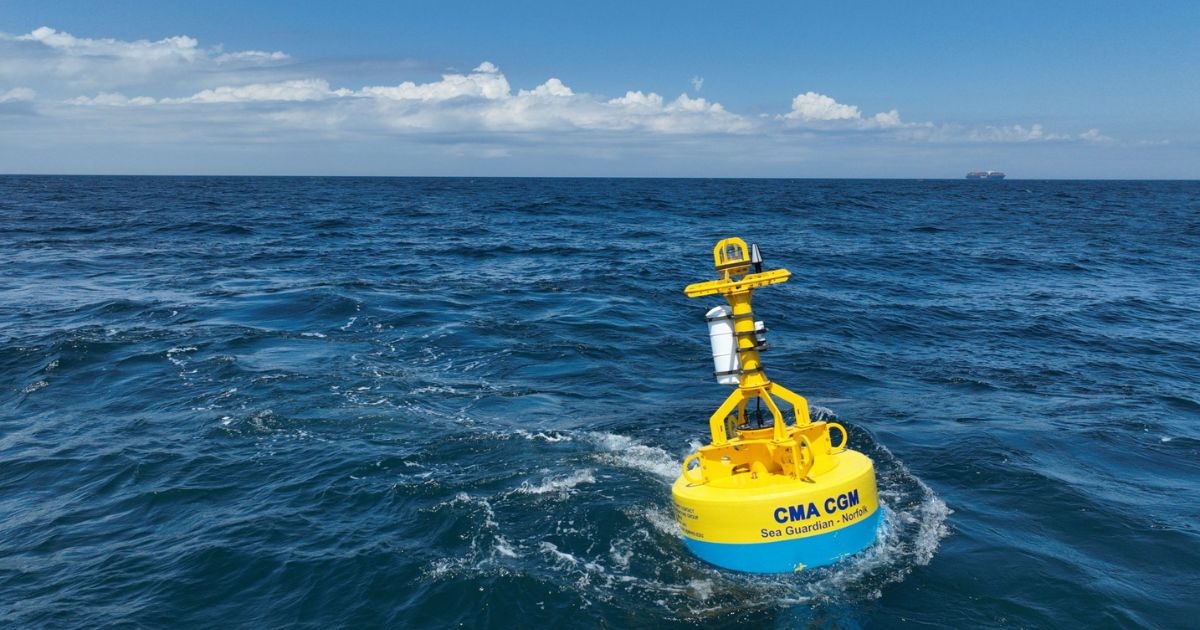 Woods Hole Oceanographic Institution (WHOI) and The CMA CGM Group, a global player in sea, land, air, and logistics solutions, have deployed an acoustic monitoring buoy 33 miles off the coast of Norfolk, Virginia. A second buoy is slated for deployment off the coast of Savannah, Georgia in the coming weeks. 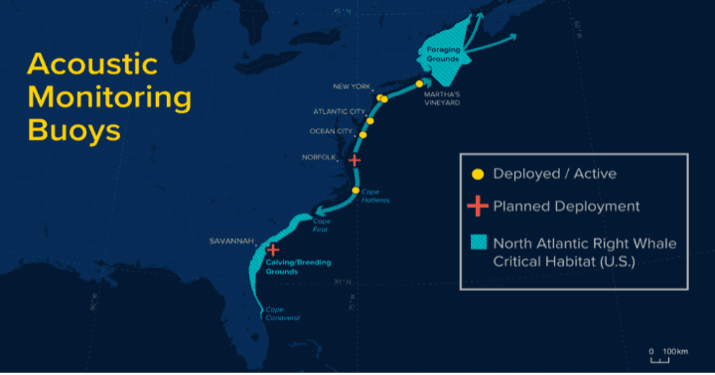 The buoy deployment aims to aid in the survival of the critically endangered North Atlantic right whale; the species is under serious threats to their survival, and only approximately 336 of these great whales remain.

The WHOI-developed acoustic buoys play an important role in protecting marine animals. Each species of whale creates its own unique calls, and the buoys are equipped with an instrument that transmits information about detected sounds to shore every two hours. This WHOI technology can detect, classify, and report the sounds of marine mammals in near real-time, and the data is analyzed by an acoustician to determine which species are present. Results are displayed publicly on Robots4Whales and shared with mariners. This enables dynamic protections, including NOAA’s Slow Zones for Right Whales, which are areas with voluntary vessel-speed restrictions along the eastern seaboard that are established when right whales are detected.

Locations off the coast of Norfolk and Savannah were chosen for the new systems because the ports are among the busiest in the United States, which often puts ships directly in the path of migrating right whales. The new buoys will fill a critical gap as they join a monitoring network of six similar buoys along the East Coast, bringing the total number of buoys to eight (see map). 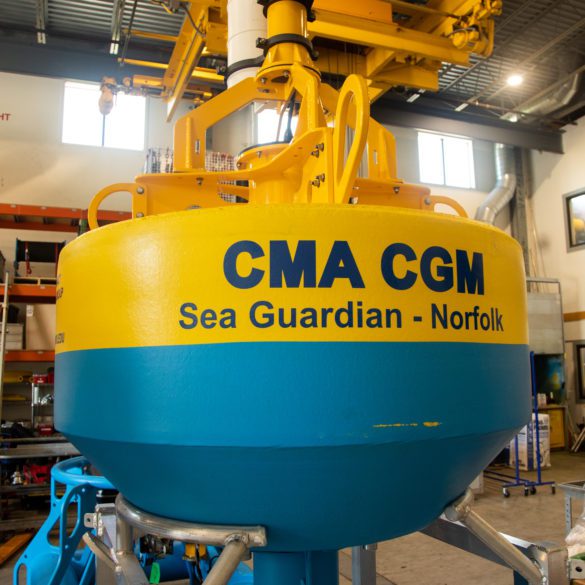 In addition to the assembly and deployment of the new buoys to alert mariners of the presence of whales near critical U.S. ports, CMA CGM and WHOI will lead the development of an industry consortium focused on reducing risks to right whales from vessels and supporting the continued operation of the WHOI-developed digital acoustic monitoring buoys. This unique collaboration, started in the United States, aims to have a global impact by significantly improving marine mammal protection.

“The deployment of these buoys is an important addition to a network of identical buoys along the East Coast that will let industry, government and the public know when whales are nearby,” said Mark Baumgartner, project principal investigator and WHOI marine ecologist. “This network will be especially helpful for reducing risks to the North Atlantic right whale, a critically endangered species that migrates, feeds and gives birth along the East Coast and has only approximately 336 animals left.”