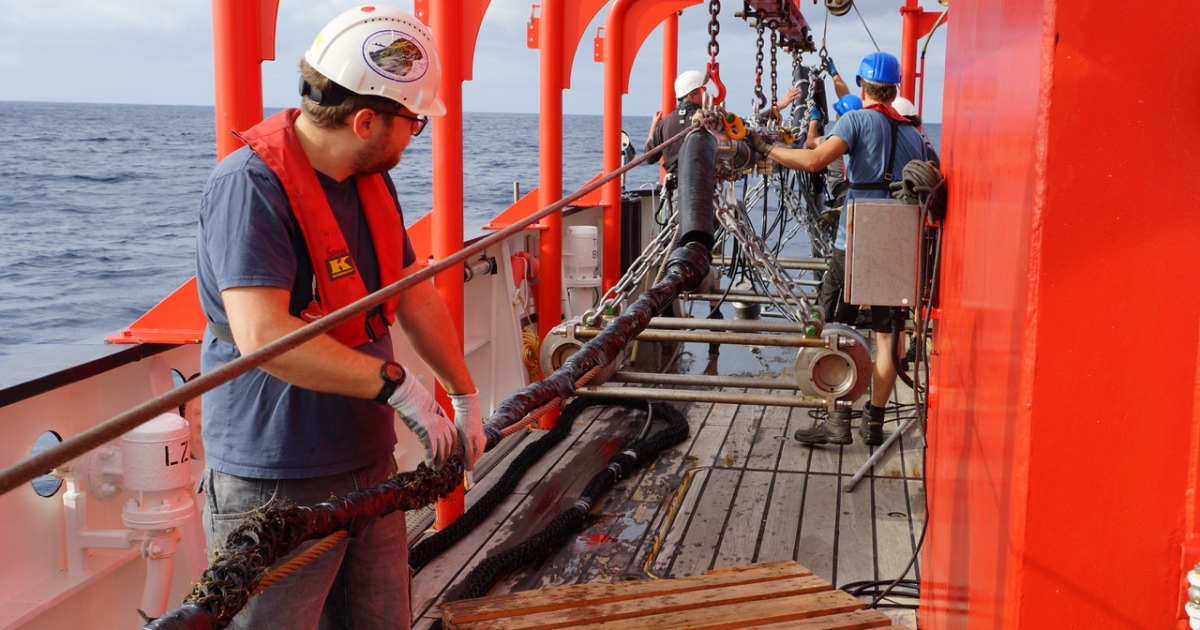 Seismic data can help to explore the seafloor and to estimate the propagation of strong earthquakes and resulting tsunami hazards. This is the conclusion of GEOMAR scientists published recently in the journal Nature Communications. The results allow for a better risk assessment for affected coastal regions and travel warnings for tourism in the future.

Our Earth is a dynamic planet: Earthquakes and volcanism are triggered by processes in the Earth's interior. Strong earthquakes with magnitudes of eight or higher on the Richter scale are among the events that - especially in combination with tsunamis - can lead to high numbers of victims in the population of affected regions. 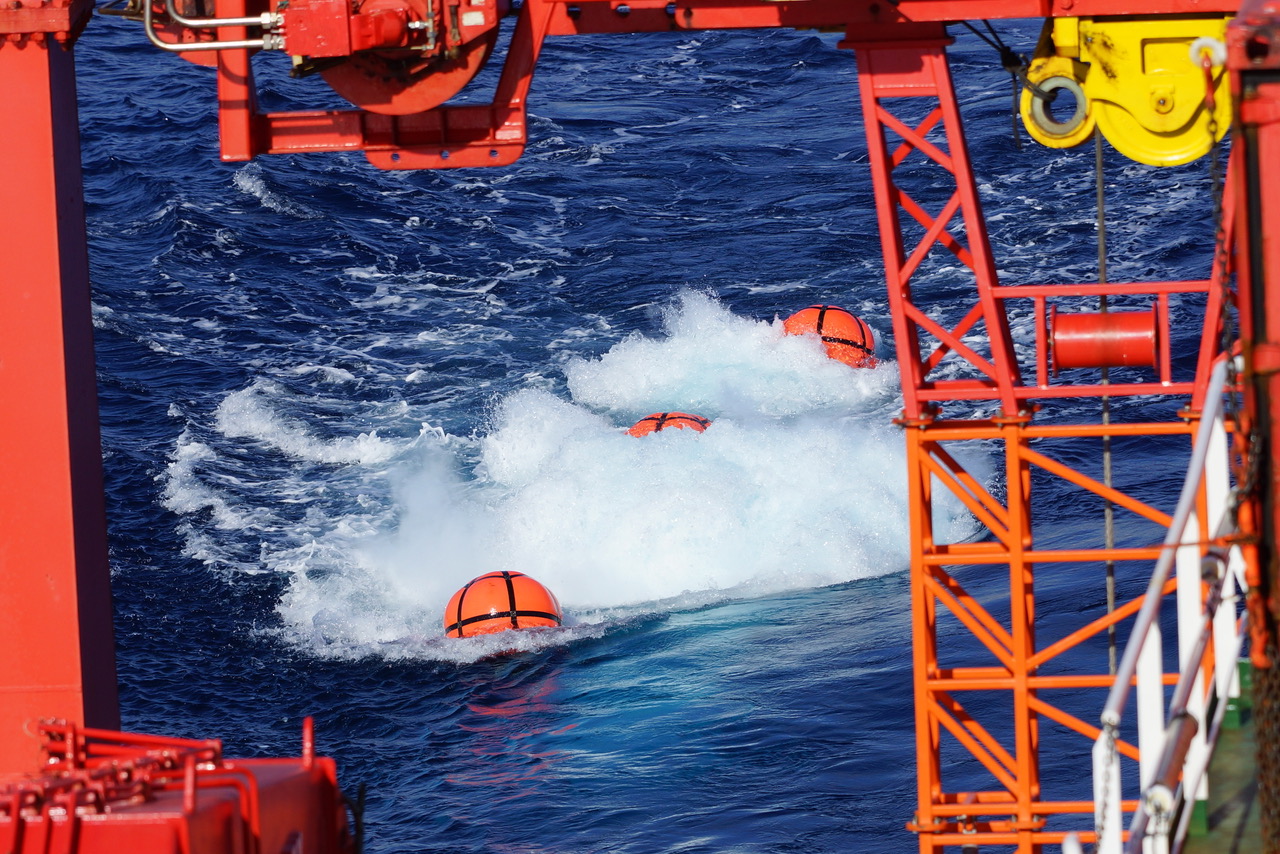 Using seismic data from the seafloor, scientists from GEOMAR Helmholtz Centre for Ocean Research Kiel, the University of Chile in Santiago and Oregon State University in the United States of America have now been able to map the fracture behavior of earthquakes and their propagation directions. The results of the study were recently published in the journal Nature Communications. The findings also make it possible for the first time to estimate the tsunami potential generated by such an event.

Strong earthquakes occur in the marine environment predominantly at active plate boundaries. There, an oceanic plate is pushed under another earth plate and, in the course of plate tectonics, is returned deep into the Earth's interior. This process can be observed off South America, for example, and regularly triggers strong earthquakes at the Chilean continental margin. The study takes a closer look at an earthquake that hit the region around the port city of Iquique in April 2014 with a magnitude of 8.1, but without triggering a strong tsunami. The analysis of the research holds a particularly high relevance for the safety of coastal areas in affected regions, as well as travel warnings for the tourist sector.

Launching of an ocean bottom seismometer off the coast of Chile. Photo: Stefan Kontradowitz/GEOMAR

"The quake affected the plate boundary from the deep hypocenter to a depth of about 15 kilometers, where the rupture stopped. However, it did not propagate to the deep seafloor trench. This explains why no significant tsunami was triggered despite the large magnitude of the earthquake," explains Bo Ma, PhD student in the Research Division Dynamics of the Ocean Floor at GEOMAR and lead author of the study. When strong earthquakes occur on the ocean floor, they have the potential to trigger tsunamis. This happens when the earthquake causes a displacement of the seafloor and thus creates a wave in the water. Only a maximum of one percent of underwater earthquakes result in such an event. 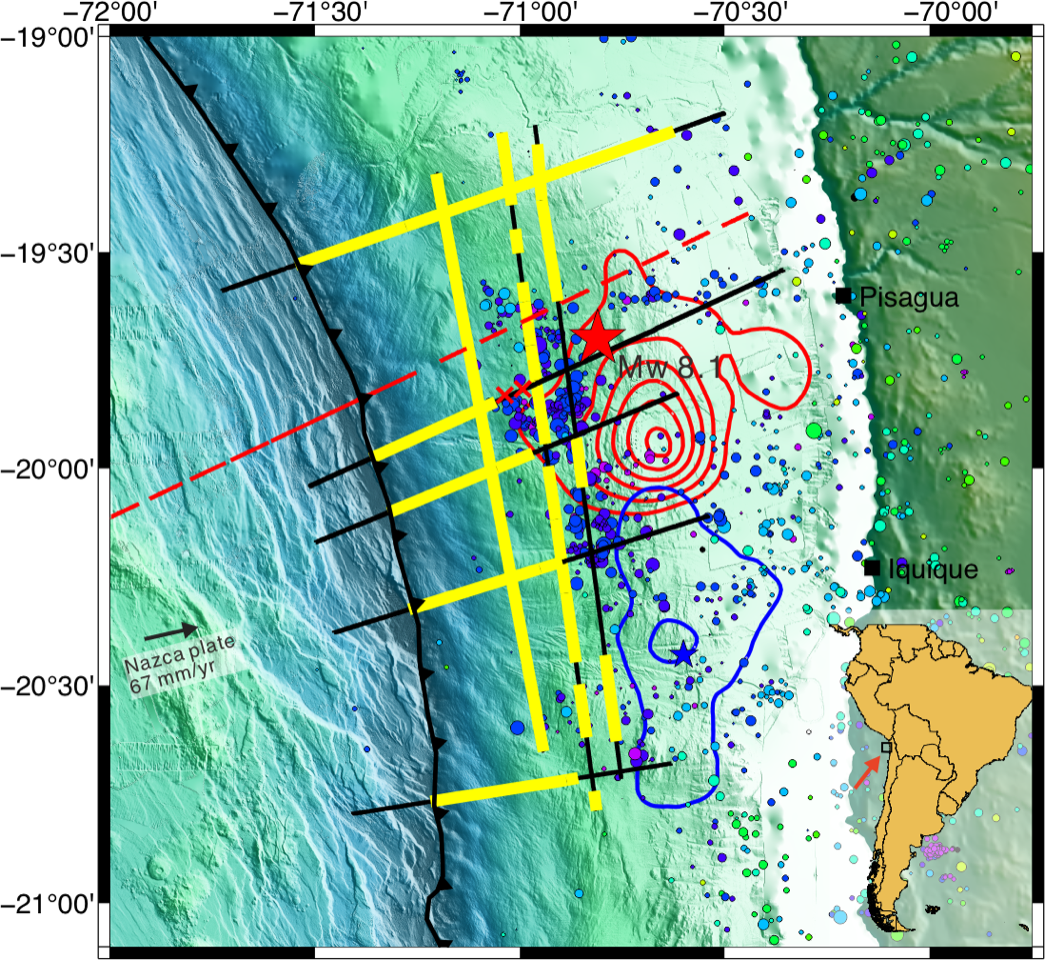 "In the future, seismic data could help to estimate how large a rupture zone and thus the earthquake magnitude will become or whether the earthquake rupture will propagate to the deep-sea trench. If this is the case, then the probability of a strong tsunami is much higher," adds Dr. Heidrun Kopp, Professor of Marine Geodesy at GEOMAR and head of the study.

The data used for the study were obtained during a five-week ship expedition with the American research vessel MARCUS G. LANGSETH. For this purpose, seismic reflection data were recorded over a total length of 5,500 kilometers using an eight-kilometer-long sensor chain, a so-called streamer. The method involves emitting sound waves from the sea surface that penetrate the seafloor and are reflected, so that acoustic energy can be used to look into the seafloor. From the data, the structure of the seafloor can be mapped to a depth of more than 40 kilometers and fault zones such as the plate boundary can be visualized.

Seismic data of the seafloor off northern Chile. The plate boundary between the oceanic plate and the continental plate is marked by the yellow arrows. From 15 kilometers depth, the signal disappears in the area ruptured by the magnitude 8.1 earthquake. Graphic: Bo Ma/GEOMAR

"This surprised us a lot at first, because the seismic data recorded during the expedition are of excellent quality. They were made available to us because we at GEOMAR have special techniques for data processing and analysis to be able to image the plate boundary with high precision," explains Bo Ma. According to the scientists, the analysis provides information about the geophysical state of the plate boundary. Corresponding seismic studies can potentially indicate in other regions how far an earthquake rupture will propagate and, above all, whether it will affect the areas of the plate boundary where there is an increased tsunami potential.