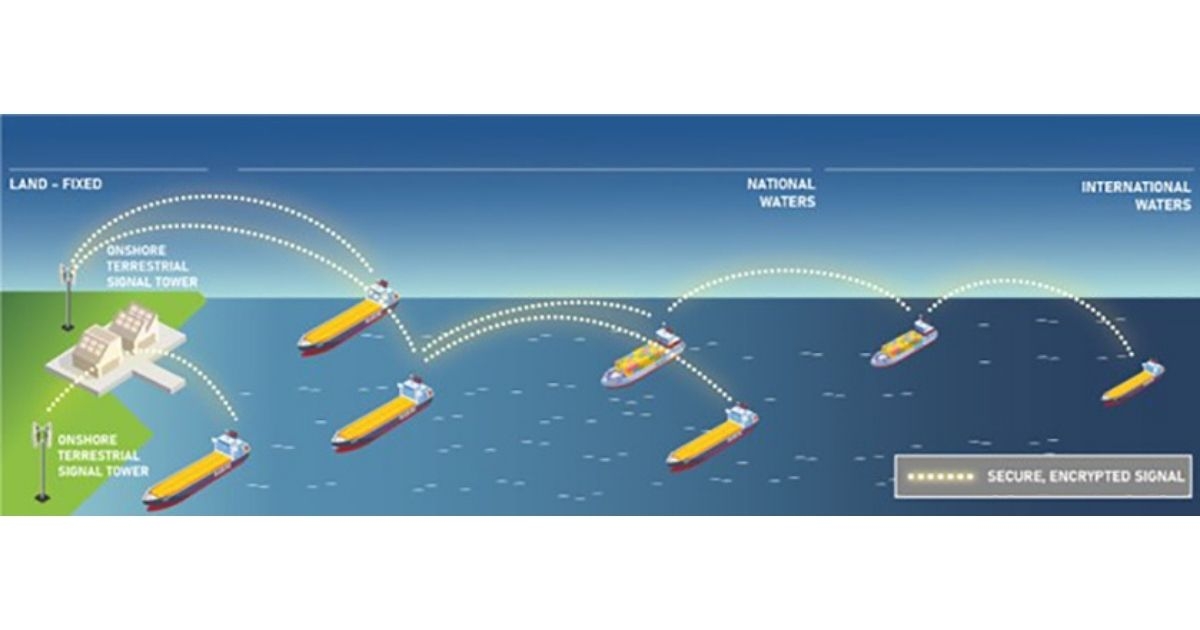 Inmarsat, a world leader in global, mobile satellite communications, has completed the first phases of testing of innovative technology developments for ORCHESTRA, the company’s forthcoming dynamic network of the future.

The tests proved the ability to deliver additional capacity at hotspots via unique, shore-based terrestrial networks. Continued growth in demand in key ports and shipping lanes as well as airports and busy flightpaths will lead to signal congestion in the future, potentially affecting vital connectivity. Inmarsat is developing the terrestrial part of ORCHESTRA to provide targeted capacity to tackle these hotspots locally to stay ahead of demand and continue to deliver the industry’s highest performance.

Singapore was chosen because it is one of the world's busiest container ports, as well as being one of the most demanding environments because of equatorial weather conditions such as heavy rain and high humidity. The tests proved the effectiveness of the stepping-stone connections in the ORCHESTRA maritime mesh, which are expected to reach at least 10 kilometers (6.2 miles) and 100 megabits per second per link, with the mesh network extending this to 30km (18.6 miles) and beyond, enabling, for example, the download of a HD movie in 40 seconds. Just five shore stations near Singapore would deliver in excess of 10 gigabits per second across this important location.

Peter Hadinger, Chief Technology Officer at Inmarsat, said “The demand for connectivity is growing constantly and Inmarsat continues to anticipate the needs of our customers, meeting future demand from them through the multi-network power of ORCHESTRA. Today’s news is real world proof of how Inmarsat ORCHESTRA will tackle emerging hotspots in busy maritime areas such as congested ports and shipping lanes via terrestrial connectivity to supplement our global satellite networks.

“Through Inmarsat’s innovative use of spectrum and technology, combined with state-of-the-art terrestrial mesh networks including using vessels as stepping-stones, Inmarsat will deliver enhanced and customized connectivity to our customers. This will enable Inmarsat to improve services in the future by anticipating and managing demand from customers in hotspots. It is a win for all our users and Inmarsat will work with national regulators to deliver the benefits of advanced regional connectivity that will also contribute to their governments’ economic growth plans.

“Inmarsat already leads the world in global, mobile satellite communications via ELERA in L-band and Global Xpress in Ka-band. ORCHESTRA will combine high density terrestrial connectivity and a low cost, limited number of low Earth orbit satellites with these existing, leading geostationary networks, which we will supplement further through six additional launches by 2025.”

ORCHESTRA combines geostationary orbit (GEO) satellites, low Earth orbit (LEO) satellites and terrestrial communications into a dynamic mesh network to redefine connectivity at scale. It will deliver the highest capacity for mobility worldwide as well as the fastest average speeds and the lowest average latency of any network, planned or in existence.

In the most recent tests, a land-based signal tower communicated with a vessel at sea that travelled to multiple common points daily. The ship sailed patterns of varying distances from the shore, measuring performance during all kinds of weather conditions, the frequency of blockages between the test vessel and shore, such as other ships and the effects of signal reflections off the surface of the sea. Testing included validating the ‘steppingstone’ aspect, connecting a ship to shore via another, intermediate ship.

To deliver ORCHESTRA’s capability for maritime hotspots, Inmarsat will create terrestrial networks that will connect to ships offshore and relieve potential future congestion around ports, straits and canals. These ships in turn will then connect with others further out to sea that are out of the network’s range but can connect via a secure, encrypted signal through multiple vessels as stepping-stones to the network anchor station onshore. Once at sea, as the traffic density dissipates, ORCHESTRA’s dynamic network management will switch ships seamlessly to satellites in the Inmarsat network. In future, this stepping-stone approach in congested areas could also be deployed to the aviation sector around airports and along busy flight paths.

ORCHESTRA’s terrestrial maritime mesh will not be a global network on its own, but instead it will be a crucial ‘instrument’ that ideally addresses a number of hotspots in the world in a way that no stand-alone satellite network ever could. The maritime hotspots have been identified from existing and projected future use of Inmarsat’s Fleet Xpress services.

Inmarsat is conducting independent spectrum sharing studies and the company is in discussions with a number of national regulators in a handful of countries where these hotspots will develop to address the targeted national licensing requirements to deliver this innovation.

A standard HD movie is approximately 3 gigabits in size, using a mid-point of 75Mbps, this would take 40 seconds to download.

The ORCHESTRA terrestrial mesh presents a unique solution to address the need of customers in congested hotspots. The mesh will not be a standalone service, but rather an extension to Inmarsat’s existing services, ensuring the world’s best performance to customers when and where they need it the most. Alongside high-speed connectivity via existing geostationary Global Xpress (GX) Ka-band and ultra-reliable ELERA L-band satellites, Inmarsat will add two payloads in highly-elliptical orbit for continuous Arctic coverage in 2023 as well as a further four GEO satellites by 2025. The terrestrial network will follow shortly after with the LEO network rounding out ORCHESTRA before the end of the decade.