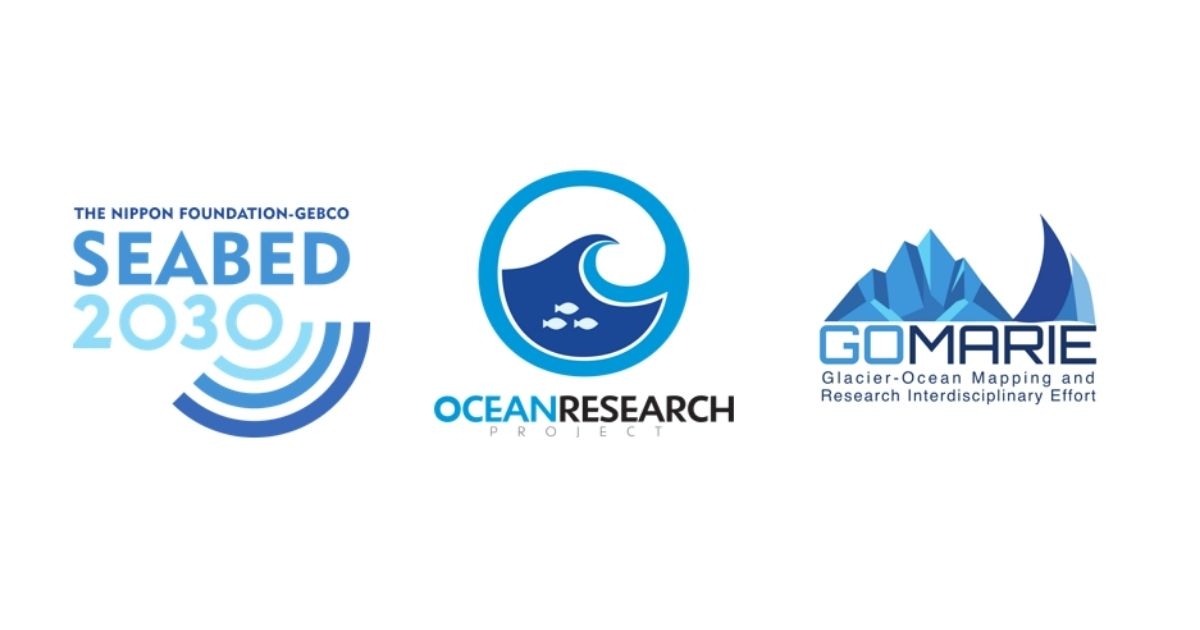 The Nippon Foundation-GEBCO Seabed 2030 Project has entered into a memorandum of understanding with the Ocean Research Project (ORP). The parties will work together to support the global effort in pursuit of mapping the world’s ocean floor, especially in polar regions through ORP’s upcoming expedition, GO-MARIE.

The GO-MARIE (Glacier-Oceans Mapping & Research Interdisciplinary Effort) program is a 2022 expedition which is also the motivation for the maiden voyage of the organization’s flagship, the RV Marie Tharp. A 22m Bruce Roberts steel schooner, the vessel is custom-built to navigate uncharted polar territory. There will be a base crew of ten including rotating ocean science experts joining legs of the voyage.

“We are delighted to partner with Ocean Research Project, and to support the launch of GO-MARIE,” commented Seabed 2030 Project Director, Jamie McMichael-Phillips.

“Throughout her voyage, RV Marie Tharp will no doubt play an invaluable role in helping us get closer to mapping the gaps and solving this puzzle – especially as she ventures into complex uncharted polar and sub-polar regions.”

Just under 80 per cent of the Earth’s seabed is yet to be mapped, including much of the coastline of the Greenland Ice Sheet. As the sea ice retreats, these coastal areas – which are critical spatial datasets required to improve global climate models – become accessible for bathymetric survey.

ORP’s Science Director Nicole Trenholm is coordinating the international science mission of higher latitudes for GO-MARIE. “It is essential that we extend mapping activities across the glacial impacted coastal oceans,” Nicole explains, “data from these regions will be used to enhance the accuracy of regional climate model estimates on glacial melt due to global warming.

“In addition to supporting the Seabed 2030 mission, this expedition will take action towards the United National Sustainable Development Goals relative to oceanographic research.”

Seabed 2030 is a collaborative project between The Nippon Foundation and GEBCO to inspire the complete mapping of the world's ocean by 2030, and to compile all bathymetric data into the freely available GEBCO Ocean Map. GEBCO is a joint program of the International Hydrographic Organization (IHO) and the Intergovernmental Oceanographic Commission (IOC) and is the only organization with a mandate to map the entire ocean floor. Seabed 2030 is a flagship program of the Ocean Decade.

ORP is a non-profit organization committed to eco-friendly ocean discovery. The organization identifies expeditions which enable small, core teams of researchers to gather critical data from remote and sensitive areas worldwide – this information will better enable us to make decisive factors impacting the ocean’s health.

RV Marie Tharp will set sail in the summer for an extensive two-month mission in southern Greenland.  All data collected and shared with the Seabed 2030 Project is included in the GEBCO global grid, which is free and publicly available.

The Nippon Foundation-GEBCO Seabed 2030 Project is a collaborative project between The Nippon Foundation and GEBCO. The Seabed 2030 Project, launched at the United Nations Ocean Conference in 2017 by Chairman Sasakawa of The Nippon Foundation, coordinates and oversees the sourcing and compilation of bathymetric data from different parts of the world’s ocean through its five centers into the freely available GEBCO Grid. Four Regional Centers cover the Southern Ocean, the Arctic and North Pacific Ocean, the Atlantic and Indian Oceans, and the South and West Pacific Ocean. These feed data products into the Global Data Centre. Find out more about the project and how to get involved.

Ocean Research Project (ORP) is a nonprofit organization based out of Annapolis, Maryland. Since its foundation ORP has been dedicated to reversing humanity’s negative impact on the ocean through science, exploration and education. ORP combines modern technology with age-old efficiency to create lower cost research expeditions that provide an effective alternative to the more costly, big science paradigm. Find out more about ORP.