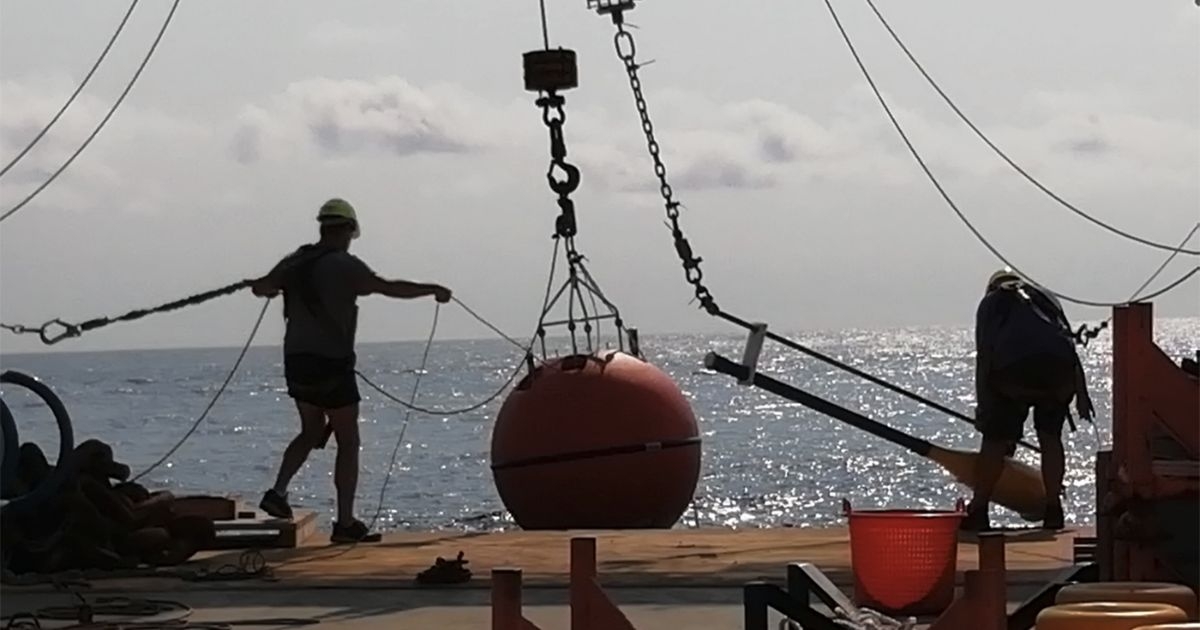 Prompt action by scientists recovered sensors drifting across the Atlantic Ocean that held data on a seabed sediment avalanche that travelled for 1,100 km to ocean depths of 4,500 km.

A study published earlier this week in Nature Communications shows that the data was recovered after anchors mooring these sensors to the seabed had been broken by these huge underwater flows.

Scientists worked with the Natural Environment Research Council (NERC) and the National Oceanography Centre (NOC) to recover the data, which will help predict hazards to seabed telecommunications cables and how future climate or land use changes may impact the deep sea. Funding for the research was provided by NERC.

Key research data on underwater avalanches of sediment (known as turbidity currents) were lost at sea when a colossal deep-sea avalanche surged through the Congo Canyon in January 2020. The deep underwater valley leads away from the mouth of the Congo River, off Africa’s west coast.

Five months earlier researchers had lined the length of the Congo Canyon with sensors designed to measure the velocity and behavior of deep-sea turbidity currents. 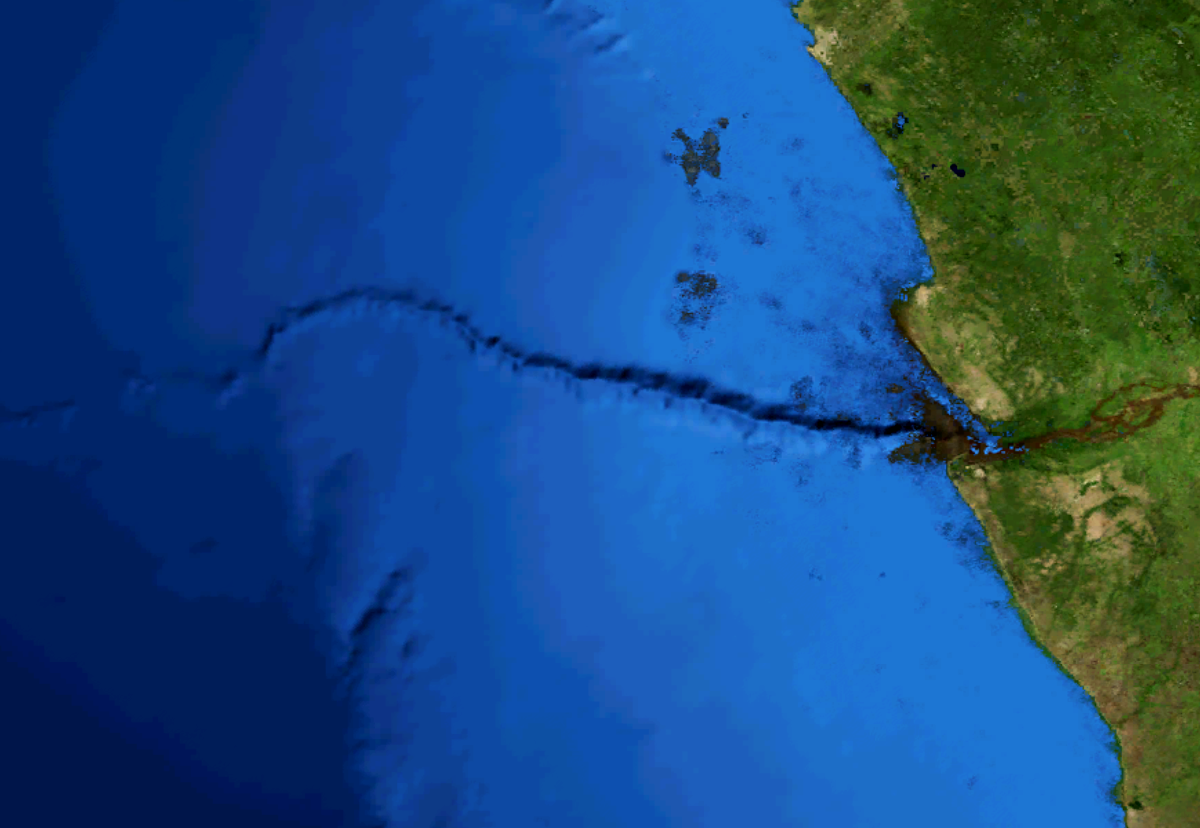 Eleven of these sensors broke free from their moorings between 14-16 January 2020, dislodged by an avalanche of sediment travelling at up to 8 meters a second. The sensors are contained in orange floats scarcely larger than a football, and these floats and their sensors then drifted across the surface of the Atlantic Ocean, carrying their unique data with them.

“The odds of retrieving football-sized sensors were tiny, as they drifted in different directions, dragged by currents across hundreds of kilometers of ocean. Rescuing those buoys seemed entirely improbable.

“But, thanks to swift and flexible action by NERC, the National Marine Facilities at the National Oceanography Centre, French colleagues at IFREMER and senior colleagues in Hull and Durham Universities, together with several passing vessels, we achieved one of the most remarkable bits of field science in the ocean I’m ever likely to see.”

A race against time

Each sensor was fitted with a beacon that transmitted its position, but as the beacon’s battery only lasted for about three months, the rescue timescale was very tight. Any normal rescue procedure was ruled out due to COVID-19 pandemic travel restrictions in spring 2020.

However, a private vessel travelling off the West African coast found one buoy and the captain agreed to help collect others.

The project team, and staff from NERC and the National Marine Facilities division at NOC acted quickly to assess the vessel’s suitability and arrange this emergency charter. In about 48 hours, NERC had assessed and approved the rescue attempt.

Over the next few weeks, researchers successfully chartered a variety of additional boats including a cable-laying vessel, a cargo ship and a ship servicing oil and gas rigs.

In total, nine of the 11 sensors and their data were recovered.

“Making this project possible required a huge team effort from everyone, including staff from NERC and the National Marine Facilities team at the National Oceanography Centre. Within just 48 hours, NERC had assessed and approved the rescue attempt.

“Funding was provided through our Discovery Science Portfolio, which encourages curiosity-driven, adventurous science. The research is hugely significant and identified a link between major river floods, spring tides and powerful turbidity currents."

Prior to this study, directly measuring powerful deep-sea avalanches was considered impractical. But the rescued data provided direct monitoring of sediment flow in the Congo Canyon, enabling scientists to assess for the first time how major river floods connect to the deep-sea.

National Oceanography Centre (NOC) researcher Dr Mike Clare, who is a co-investigator on the project, said:

“These remarkable data provide the first direct measurements of such a large and powerful flow. We now have a new understanding of how these events are triggered, and also the hazards they pose to seafloor infrastructure networks, such as the cables that underpin global communications.”

Seafloor fiber-optic cable networks carry around 99% of global data traffic, but can be damaged or broken by underwater avalanches. Breakages cause massive disruption to the global economy and day-to-day lives.

The study shows that the pattern of seabed erosion from this 2020 turbidity current was surprisingly localized and patchy, especially given how big the flow was. Scientists believe this may explain why it broke some submarine telecommunication cables, but others survived. This information could help cable companies in future to position cables so that they have the best chance of surviving these events.

The research identified for the first time a link between major river floods, spring tides and powerful turbidity currents.  Increased river flooding in future due to changes in climate or land-use could result in more frequent underwater avalanches and an increase in the volumes of sediment entering the deep-sea.

Scientists further believe that floods and tides may trigger turbidity currents in an even wider range of settings than previously thought.

Click here to read the paper in Nature Communications