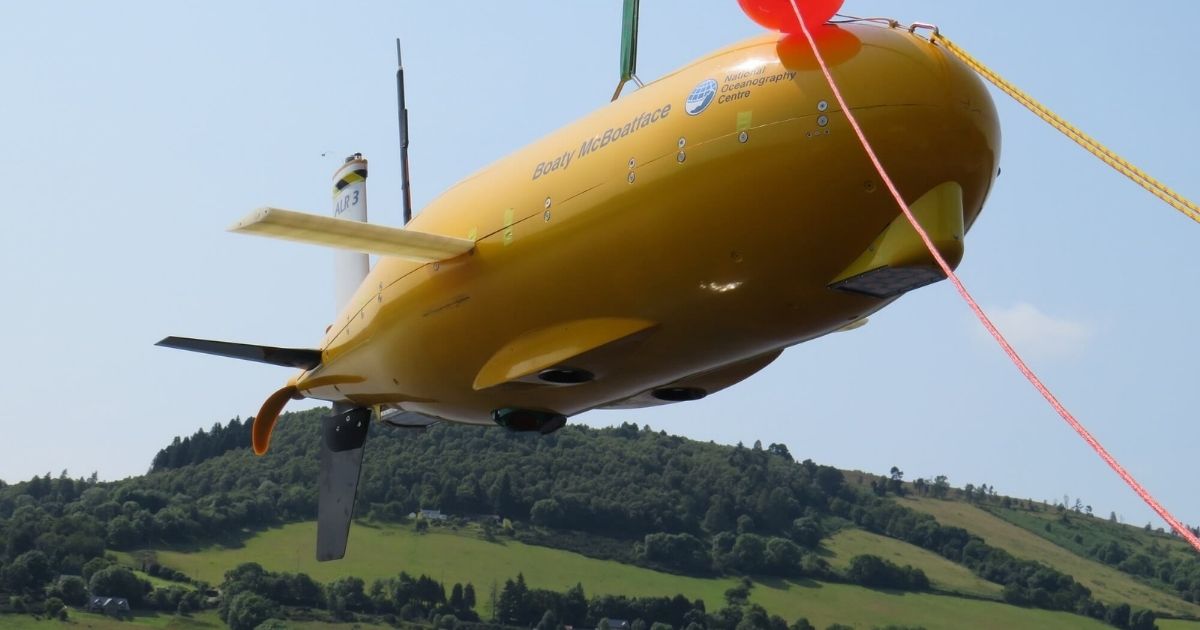 This year, the National Oceanography Centre (NOC) is celebrating the 25th anniversary of its first Autonomous Underwater Vehicle (AUV) mission.

Over the last quarter of a century, the NOC’s underwater robots have been at the center of countless missions across the world in the most extreme marine environments to support scientific ocean research. As the world gathers in Glasgow at the COP26 summit, the NOC is marking its progress in technological developments, which now allow its scientists to reach new ocean depths, travel under ice, take readings in remote areas and collect data during high sea states to help our understanding of the ocean and threats of climate change.

In 1996, the NOC embarked on its first AUV mission in Portland Harbour, Dorset – a three-day program to demonstrate the transition of remote control autonomous operation with GPS and dead-reckoning navigation.  A year later, the team and Autosub-1 were gathering oceanographic data off the Florida coast, and the following year off Bermuda. The inaugural mission was at the forefront of the scientific and technical credibility of autonomous underwater vehicles, and laid the foundations for the innovative global AUV operations and developments undertaken by the NOC team today. 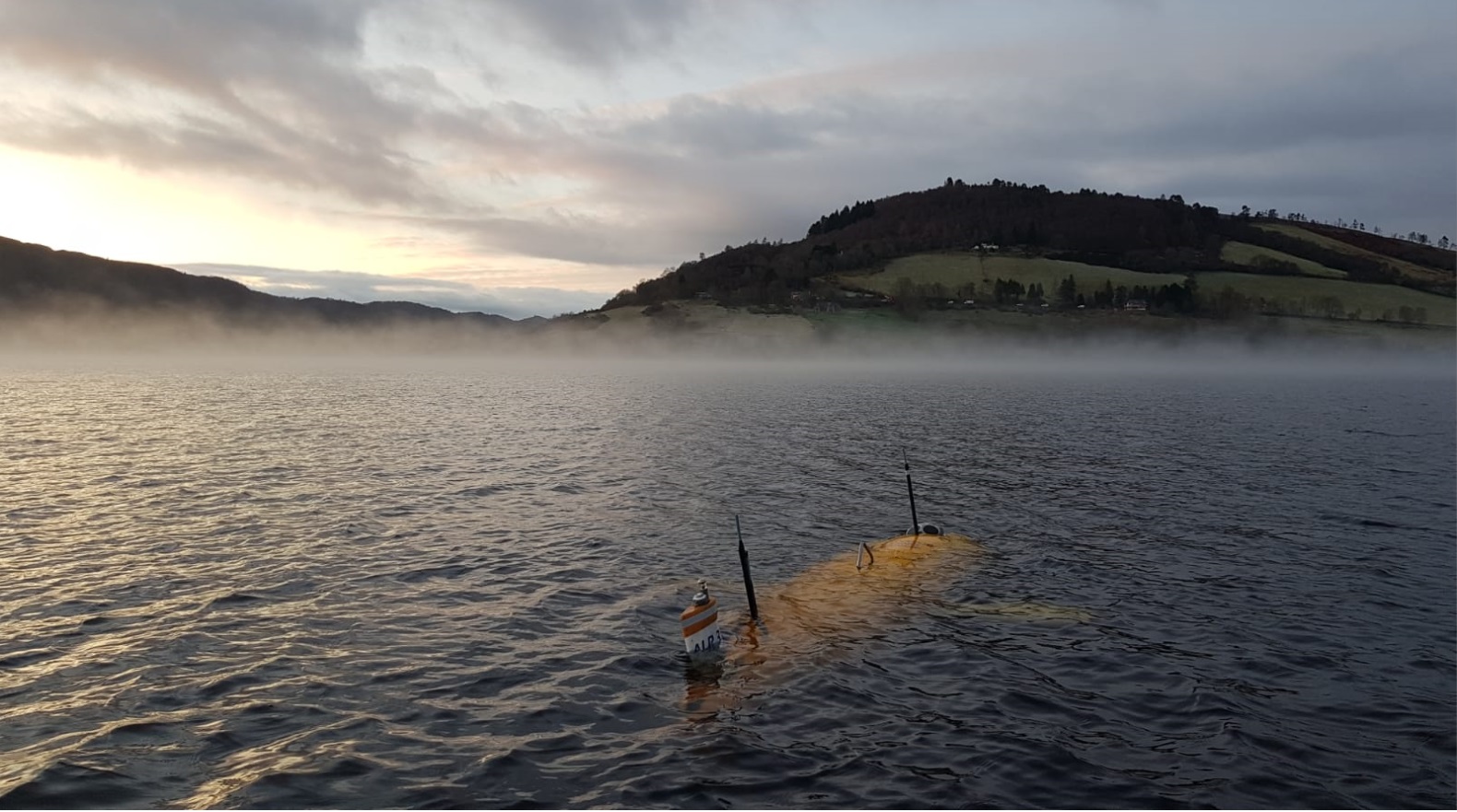 After 25 years of development and the launch of its Marine Autonomous & Robotics Systems Group (MARS), the NOC’s state-of-the-art robot submarines are paving the way for safer and more cost-efficient offshore operations. Oceanids – the NOC’s latest program which aims to put the UK at the forefront of world-class autonomous technology development – saw the team pilot the latest version of the successful Autosub Long Range (ALR) vehicle to ensure its capabilities were ready for scientific deployments anywhere in the ocean. The newly developed ALR, better known as Boaty McBoatface, offers a step change in capability compared to the earlier model, enabling the UK’s marine science community to use the robots in unexplored and technologically challenging under-ice and deep-ocean environments. 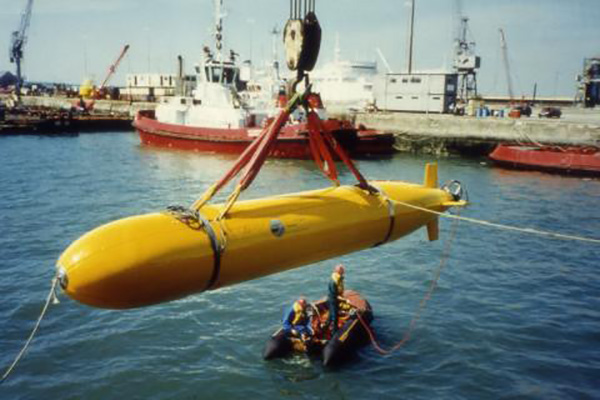 Discussing the NOC’s technological developments, Dr. Maaten Furlong, Head of the Marine Autonomous & Robotic Systems Group at the National Oceanography Centre, said: “Since we first started developing AUVs in the late 80’s and our inaugural AUV expedition 25 years ago, the combined science and engineering teams have made huge strides pushing the boundaries of how we explore the world’s oceans. It’s amazing to look back on our technological advancement and scientific achievements over the past 25 years.

“Looking forward, programs like Oceanids have meant we’ve been able to progress the AUV technology, pushing the UK’s autonomous capability forward and creating the next generation of pioneering vehicles that will continue our history of exploration and crucially enable the transition towards net-zero observations. Autonomous vehicles are a key technology to enable scientific research to move to net-zero emissions. I am excited to see NOC’s Autosub developments playing a vital role in this change, and look forward to seeing the continued advancement of the technology and the associated scientific exploration.” 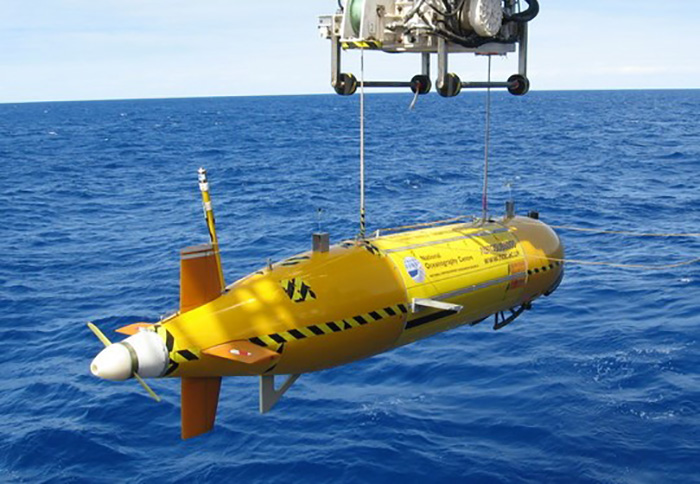 Capable of being deployed for up to three months and reaching depths of up to 6,000m, the NOC’s newest fleet of six ALRs will open new opportunities for lower cost shore-based scientific missions and under-ice exploration. Development of new navigation features will also allow scientists to research areas that could not previously be reached by boat, including the melting Thwaites Glacier, which will be visited later this year by the NOC team.

In addition to the ALR technology developments, the NOC has also conducted the first in-water trials of a newly developed Autosub 2000 Under-Ice vehicle, which can carry high-powered sensors and has the ability to operate under floating glaciers in challenging polar environments.