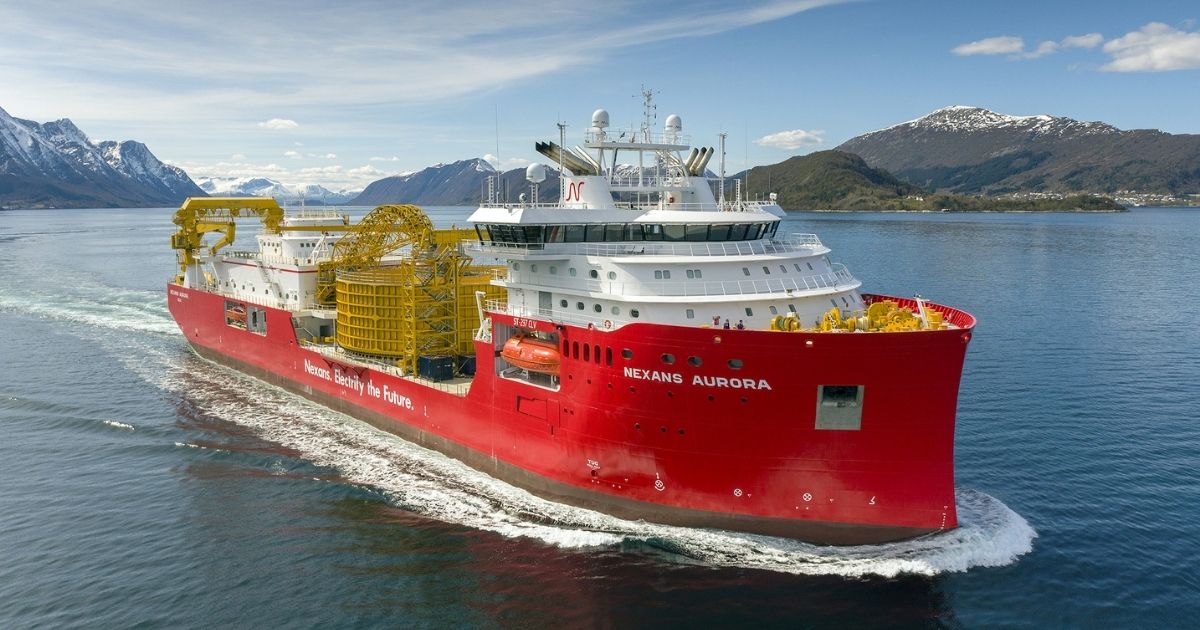 The use of MissionEase on the vessel constructed at Norway’s Ulstein Verft shipyard marks the first commercial delivery for Vestdavit of the full-scale system, which comprises an inboard hangar with an automated track-and-trolley system to launch multiple craft from either side of the ship.

“This is a significant upgrade in boat-handling as it provides much greater flexibility and efficiency in deploying workboats for cable installation, while also facilitating easier and safer launch-and-recovery operations in variable sea states,” says Nexans’ Vessel Operations manager Knut Flage.

The Nexans Aurora is the most technologically advanced cable-laying vessel of its kind and will be used to install subsea cables to connect offshore wind farms to national grids, as well as interconnectors between countries, while also supporting electrification of offshore platforms.

The vessel has been undergoing final commissioning and testing following a successful sea trial after being delivered on time on 31 May this year by Ulstein.

It is set to lay cables on the Empire Wind project off the US East Coast, as well as the Seagreen wind farm off Scotland and Crete-Attica interconnector in Greece. 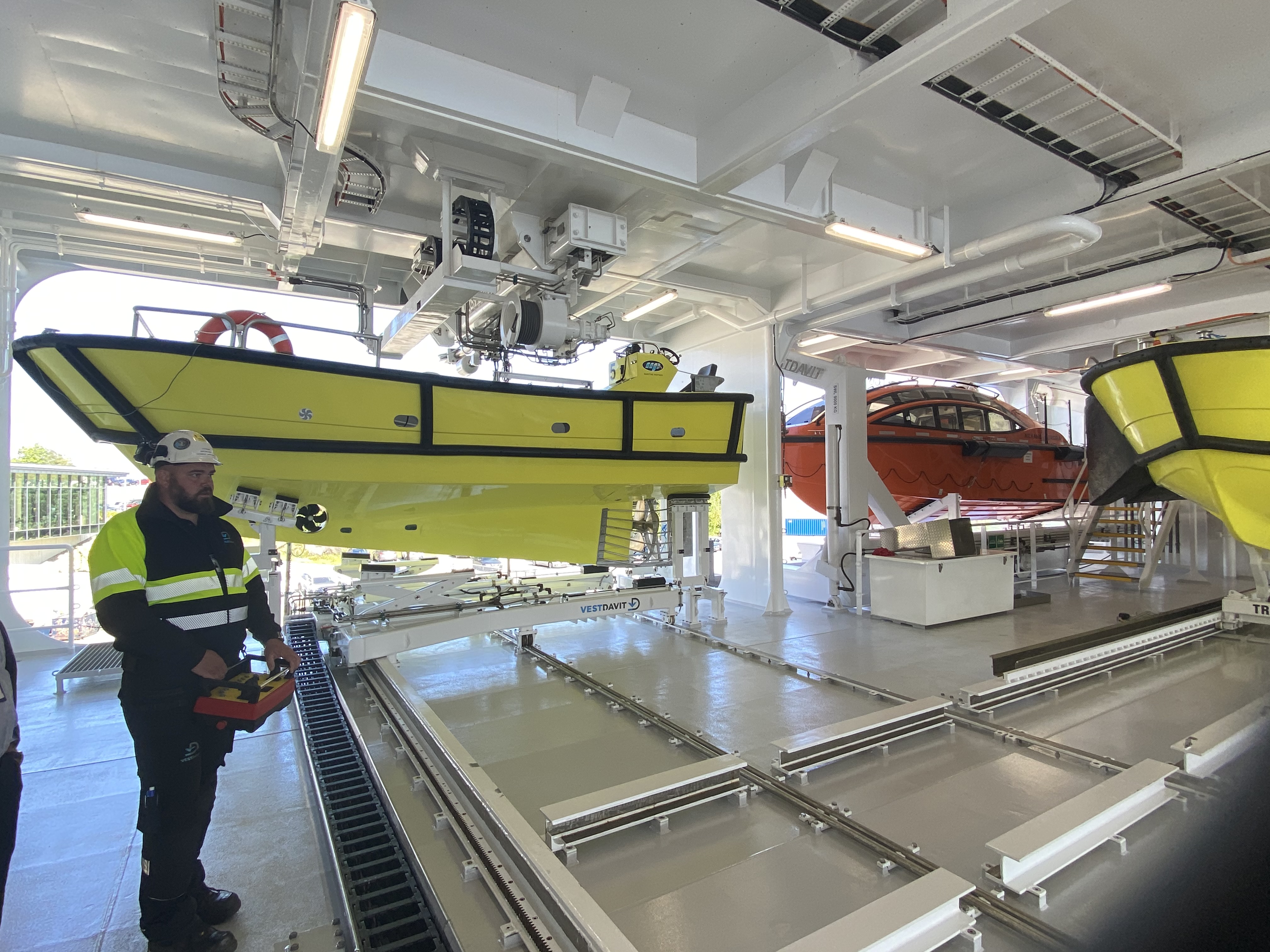 A Vestdavit engineer using the MissionEase system onboard the Nexans Aurora. Photo: Vestdavit

The MissionEase hangar will accommodate and handle a total of eight heavy-duty workboats that will be used by Nexans to control the float-in of cable ends to shore, as well as for inspection, maintenance and repair work on cables close to shore and shallow-water surveys.

Such boats have to keep control of between 2-5km of submarine cables that are floated into shore on buoyancy bags on the sea surface.

Typically, workboats have been loaded onto a cable-laying vessel and launched by crane onto the water.

“The MissionEase system is seen as a big improvement from an HSE viewpoint, while the track-and-trolley arrangement is able to handle a large number of boats and gives us full freedom in how they are deployed,” Flage explains.

The Nexans Aurora, with 10,000 tonnes of cable load capacity and advanced instruments for cable transport and installation, is designed for operations in rough weather, with high maneuverability and DP3 station-keeping capability.

As such, MissionEase offers a wider weather window for launch and recovery of small craft that is important for efficient implementation of cable-laying projects given operating costs for the vessel, according to Flage.

Another benefit of the system is that the hangar allows for improved maintenance of workboats, he says.

“We have carried out an excessive number of launch-and-recovery tasks under different conditions since the vessel left Ulstein and the system has been working well, with only minor modifications to the lifting table to hoist boats up from the cradle,” Flage says.

Vestdavit was listed as a preferred supplier by Ulstein and Flage says the Bergen-based boat-handling specialist was selected to supply the MissionEase for Nexans Aurora as “there were few other vendors in the market able to meet the specification that have a similar track record”.

He pointed out that Vestdavit has a long track record of supplying hundreds of different davit systems to navies and coast guards that have demonstrated proven performance over many years with relatively low maintenance costs.

“This system is therefore based on proven technology that has demonstrated strong performance also in harsh-environment operations,” Flage explained.

Vestdavit Group managing director Rolf Andreas Wigand believes the landmark delivery for the Nexans Aurora gives the company an important reference that could serve as an entry point for further ship deliveries in the booming market for renewable power installations.

“The MissionEase system has a number of operational advantages over traditional davits and its performance in real-life operations with Nexans will be invaluable to demonstrate the viability of this game-changing technology to greatly improve boat-handling operations in offshore installation and other markets,” he says.