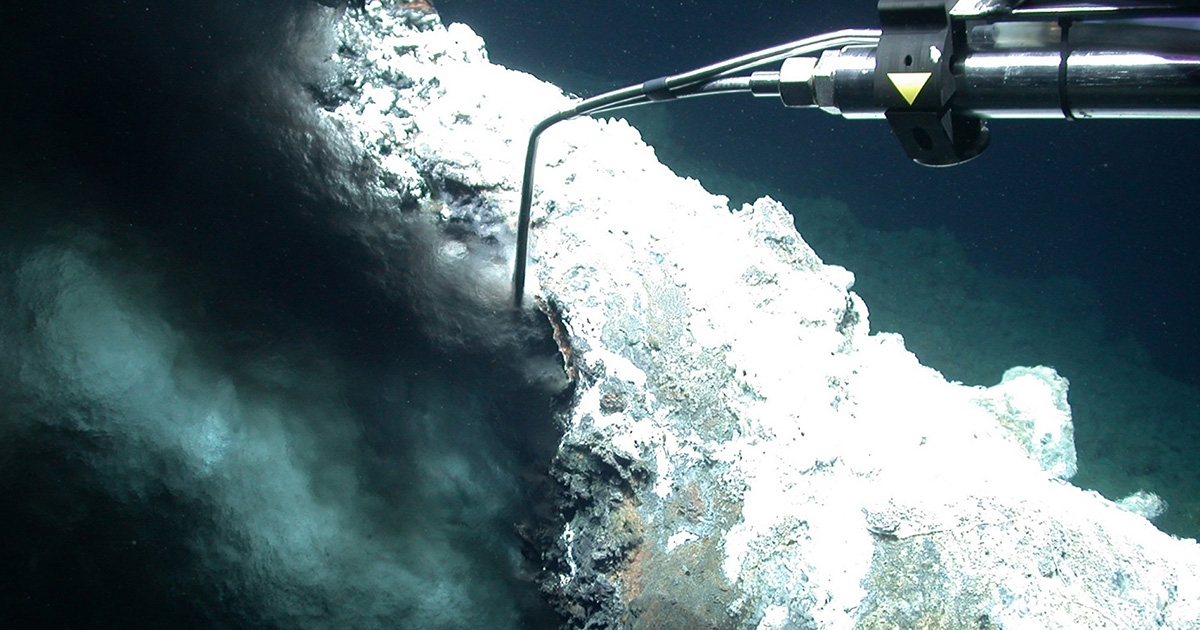 The expedition west of Spitsbergen used a remotely operated underwater vehicle (ROV) to prove a sulphide deposit where black water was streaming out at a temperature of more than 300 degrees Celsius, a black smoker. The sulphides contain metals that are in global demand. (Photo: Marum)

An expedition under the direction of the German research center Marum at the University of Bremen has proven an area of hydrothermal activity west of Spitsbergen, which is a prerequisite for the formation of so-called black smokers consisting of metal-rich sulphides.

The discovery was made along the Knipovich Ridge, 100 kilometers west of Spitsbergen. The Norwegian Petroleum Directorate participated in the expedition.

Hydrothermal activity is magmatic water in the subsurface moving through openings in the rocks up to the seabed and forming black smokers made up of metal-rich sulphides.

There have previously been various observations indicating hydrothermal activity along this northern part of the Mid-Atlantic Ridge, the 500-kilometer long Knipovich Ridge. This has now been confirmed.

Based on data from previous surveys conducted by the University of Bergen and the Norwegian Petroleum Directorate, there were already clear indications of where to look for hydrothermal sources. 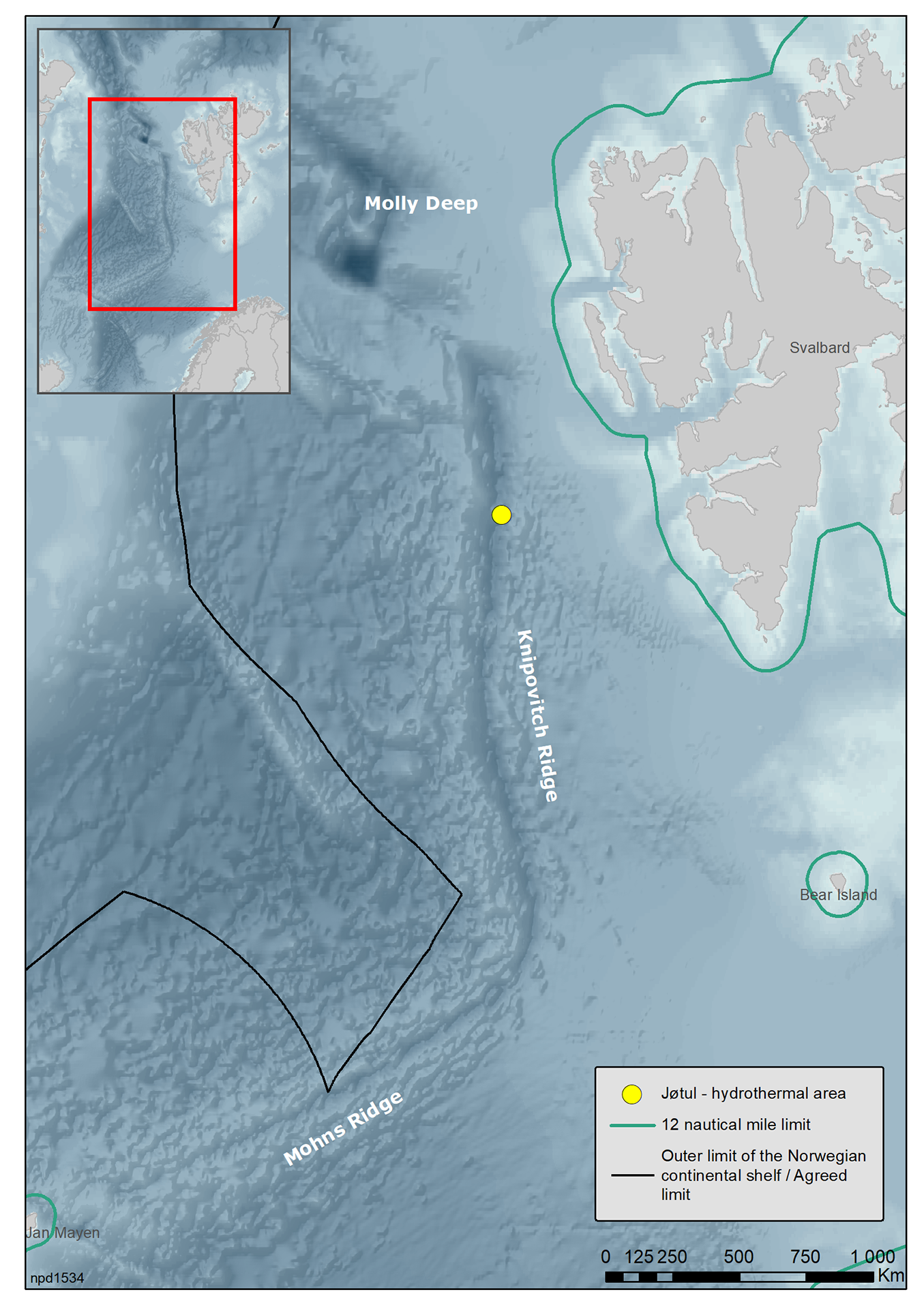 Marum conducted an expedition with the ship RV Maria S. Merian during the period from 6 July to 3 August.

Stig-Morten Knutsen, the Norwegian Petroleum Directorate's observer and geologist on board for the expedition, explains that there have been previous searches over large areas at a depth of 3000 meters, without result: "This made us even happier on board when we, working on the basis of geological models and chemical and physical observations, were able to maneuver the remotely operated underwater vehicle (ROV) to what turned out to be a sulphide deposit with a solid chimney where black water was streaming out at a temperature of more than 300 degrees Celsius, a black smoker."

"We've chosen to call the hydrothermal area Jøtul – which in Norse mythology is a giant who lives inside the mountain. We thought it was a fitting name, since Jøtul is at least one kilometer long and about 200 meters wide, and the area also includes fossil/extinct thermal sources and other active sources," he says.