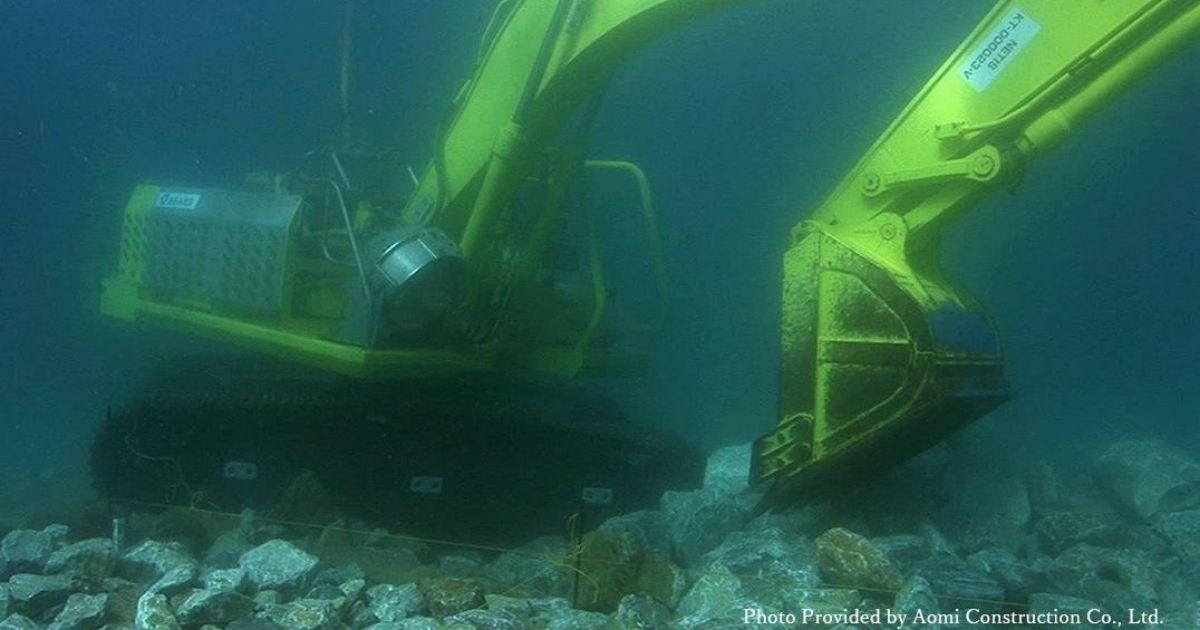 Researchers at the University of Tsukuba develop an improved method for underwater acoustic positioning based on direct wave arrival time, which may help submersibles navigate more safely in shallow water

But recently, researchers from Japan have achieved centimeter-scale accuracy in the acoustic positioning of a submerged object. By digitally removing reflected wave signals, the effects of multipath interference can be reduced. This work may help accelerate commerce by allowing underwater navigation in ports and other shallow areas.

Acoustic positioning is similar to sonar, but instead of the same object sending and receiving sound pulses, as in echolocation, here the moving object, which could be a submersible vehicle or diver, sends only the sound waves. The waves are received by hydrophones (i.e., underwater listening devices) in the water with known locations, so the exact position of the moving object can be calculated based on the arrival times of the pulses. However, this method can be unreliable in harbors or other areas with shallow water because the sound waves can be reflected along multiple paths before reaching the hydrophones. A new approach that is not thrown off by multipath interference is needed.

Now, a team of researchers from the University of Tsukuba and Aomi Construction in Tokyo, Japan, has proposed a new approach that allows for accurate positioning of underwater objects even in shallow water. However, their approach does not rely on simply taking the loudest signal. "The amplitude of a reflected wave may, in fact, be larger than that of the direct wave due to interference effects, which is why our method is needed," author Professor Tadashi Ebihara says.

Instead, a database of signals is pre-collected by calculating the sound arrival times received when the source is at one of the points of a 2D "mesh" underwater. This provides rough positioning by matching a new signal to the closest pattern in the database. Then, a more precise location can be found by using this information to selectively remove the reflected wave, leaving only the direct wave. This method can work as long as the depth of the transmitter is also known. In experiments using a test tank, the locations of objects could be determined to an accuracy of a few centimeters.

"Our process can be easily implemented using existing hydrophone installations," Professor Ebihara says. The team hopes that this work can be extended to other applications, such as sending research subs into narrow underwater channels.