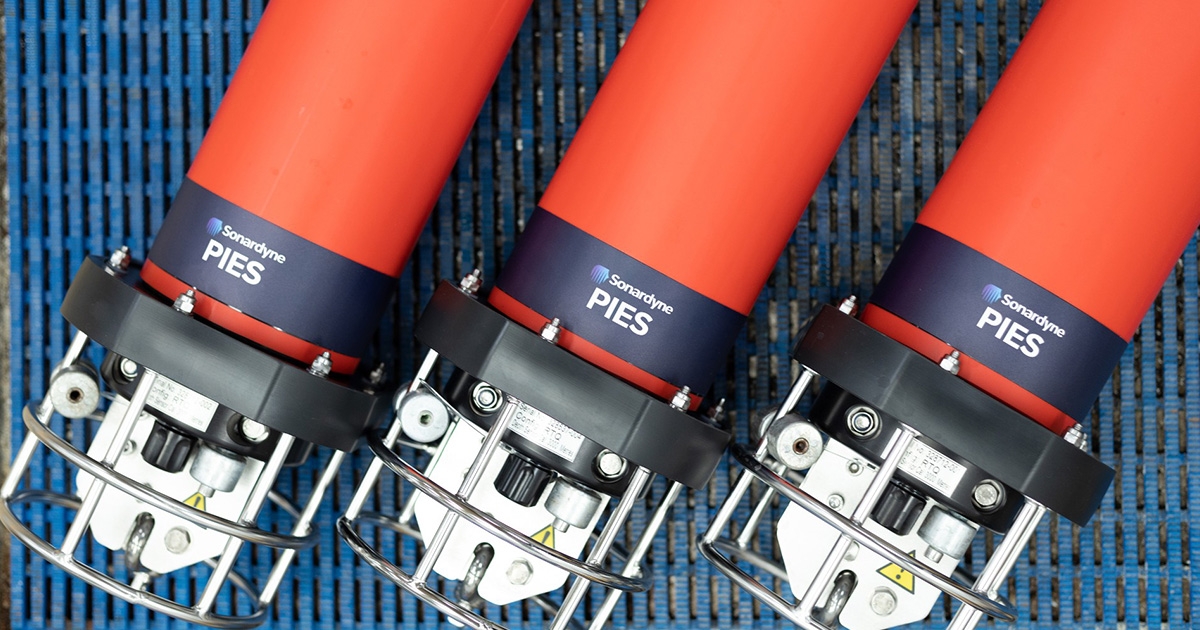 Investment in Sonardyne’s PIES is a sign of improvement in the marine geophysics data market. Credit: Sonardyne.

Marine technology company Sonardyne has seen an uplift in orders for its Pressure Inverted Echo Sounder (PIES) technology into the exploration and reservoir surveillance market in the first half of this year. The announcement was made on the opening day of the International Meeting for Applied Geoscience and Energy (IMAGE) in Houston where the company is exhibiting on booth #740.

Sonardyne’s PIES technology, which helps geophysicists to better understand the physical processes that occur in the deep ocean, has been acquired by a string of companies performing both towed streamer and ocean bottom node (OBN) deployments, highlighting increasing activity in the sector.

PIES is a long endurance, self-contained oceanographic instrument for precisely measuring average sound speed in the water column as well as water depth information. By collecting these observations as seismic data is being acquired, PIES helps to reduce uncertainty in the imaging data, helping to provide a clearer image and guide operational decisions

“PIES continuously measure the two-way travel time of sound waves propagated through the water column from the seabed to the sea surface as well as the pressure (depth) at the seabed,” explains Sonardyne sales manager Trevor BarnesSona. “This data is used to calculate a continuous time history of the average water velocity and tidal variation throughout the entire water column. By doing this, these environmental variations can be removed from the reservoir imaging data, providing geophysicists with a clearer image of their reservoirs.”

PIES are regularly used across the marine seismic market as well as by oceanographic institutions interested in understanding the ocean. The instrument can be deployed on the seabed by ROV or freefall deployed from a surface vessel and configured for autonomous monitoring campaigns lasting several months to several years.