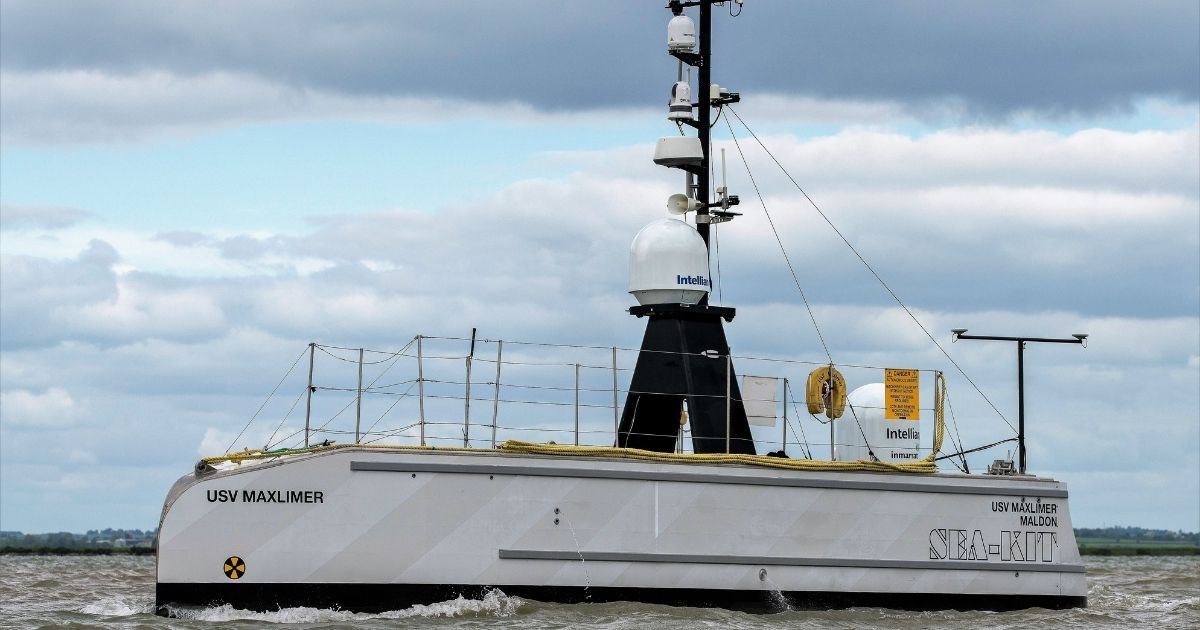 The installation connects the SEA-KIT International uncrewed surface vessel (USV) Maxlimer to the best available network at all times by switching as necessary between Fleet LTE, Global Xpress (GX) and FleetBroadband satellite services when out of range. The combination will set new standards in continuous connectivity to serve a broader range of USV situations and support the next phase of SEA-KIT technology trials, which started in September off the coast of Plymouth, United Kingdom.

The project requires installation of a GX antenna to join an existing FleetBroadband antenna that together will deliver full Fleet Xpress capabilities, plus Fleet LTE hardware for seamless switching between networks onboard the 12 meter long autonomous vessel.

UK-based company SEA-KIT has emerged as a pioneer in USV technology, running and remotely controlling a series of demonstrations for maritime defense, security and commercial stakeholders from its base in Tollesbury, Essex. In inaccessible areas, USVs can complete tasks faster, more efficiently and with reduced risk to personnel than conventional crewed vessels.

“SEA-KIT is delighted to trial seamless switching and to work with Inmarsat to increase data capabilities in developing over-the-horizon control capability, once again pushing the boundaries of our USV design,” said Ashley Skett, Operations Director, SEA-KIT International. “We would also like to acknowledge the contributions being made to these trials by our partners NORBIT Subsea, iXblue and Genasys Inc.”

“The new trial will be a significant stepping stone for separated networks solutions that ensure reliability, cyber resilience and high data traffic, while selecting bandwidth for the most cost effective USV operations at all times,” said Scott Middleton, Sales Director EMEA, AsiaPac Offshore Energy, Inmarsat Maritime. “This is a fantastic opportunity to demonstrate a new phase in technological development to support the over-the-horizon operation, endurance and ocean-going ability of USVs.”

The seamless integration of multiple technologies into one cohesive solution is based on the same concept as Inmarsat’s recently-announced communications network of the future ORCHESTRA. This will bring together Inmarsat’s existing geosynchronous (GEO) satellites with low earth orbit satellites (LEO) and terrestrial 5G into an integrated, high-performance solution. The resulting ‘dynamic mesh network’ will deliver high-performance connectivity everywhere, including to communications ‘hot spots’ such as busy ports, while comprehensive autonomous vessel navigation is a key development area.

The British Government’s Maritime 2050 Strategy includes autonomous ship technology as a significant growth opportunity, with ambitions recently expressed in the foundation of the Maritime and Coastguard Agency’s new Maritime Future Technology team. In May, the Royal Navy signed a Memorandum of Understanding backing the creation of a National Centre for Operational Excellence in Marine Robotics, in Southampton. In addition, the UK Harbour Masters’ Association recently published voluntary guidance for autonomous ship operations in UK waters and their implications for recreational sailors.