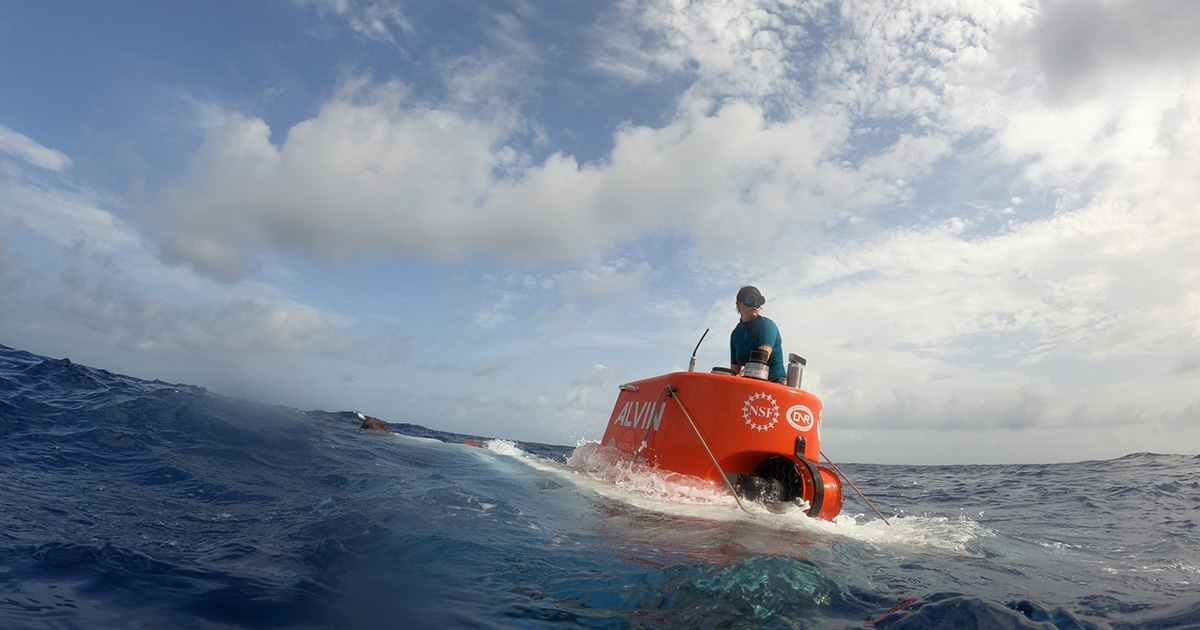 The human-occupied vehicle (HOV) Alvin at the surface after a dive, during its recent science verification expedition at locations on the Puerto Rico Trench and Mid-Cayman Rise in the Atlantic. The world’s most productive sub was recently certified to dive to a maximum depth of 6,500 meters (4 miles). The new maximum depth puts roughly 99% of the global seafloor in reach—including the lower Abyssal Zone and the upper Hadal Zone, home to ultra-high-temperature hydrothermal vents, newly discovered volcanic processes, untold mineral resources, and much more. This will also give the science community an unprecedented opportunity to visit a critically under-studied part of the planet that plays a role in carbon and nutrient cycling and that will offer a view into how life might be evolved to conditions in oceans beyond Earth. (Photo by Marley Parker/ ©Woods Hole Oceanographic Institution)

The human-occupied submersible Alvin is ready to return to scientific research at its newly certified maximum depth of 6500 meters (4 miles).

That’s the conclusion of a team of scientists who have spent the past three weeks taking the iconic sub through its paces at locations at the Puerto Rico Trench and Mid-Cayman Rise, testing its scientific and engineering systems to ensure they are capable of supporting the demands of deep-sea sample and data collection.

Michel and University of Rhode Island geophysicist Adam Soule led Alvin’s Science Verification Expedition, which left San Juan, Puerto Rico, on July 26 and completed five scientific dives in the Puerto Rico Trench. Those dives focused on the sub’s ability to support multi-disciplinary research including geological sampling and observation among the towering cliffs formed by the collision between the North American and Caribbean tectonic plates and biological sampling at abyssal and hadal depths. Scientists were able to make direct observations and collect samples of exposed oceanic crust, deep channels carved into the Puerto Rican platform, and seafloor organisms, some of which were the deepest known examples of their species.

After a short stop in San Juan to exchange scientific crew, Alvin’s support ship, the research vessel Atlantis, proceeded to a region south of the Cayman Islands known as the Cayman Rise, where the two plates are separating at a rate of about 15 millimeters (0.5 inch) per year. There, scientists conducted another nine dives, focusing on chemical and biological sampling around hydrothermal vent and seep sites, including at the Beebe Vent Field—the hottest and deepest known hydrothermal vents on Earth.

“These were complicated dives in complex locations that posed a test not just of the sub, but of the people who operate it and who make the science possible, as well,” said Soule. “Their skill and recent upgrades to the sub meant we were able to make fundamental new discoveries while also confirming its operation.” 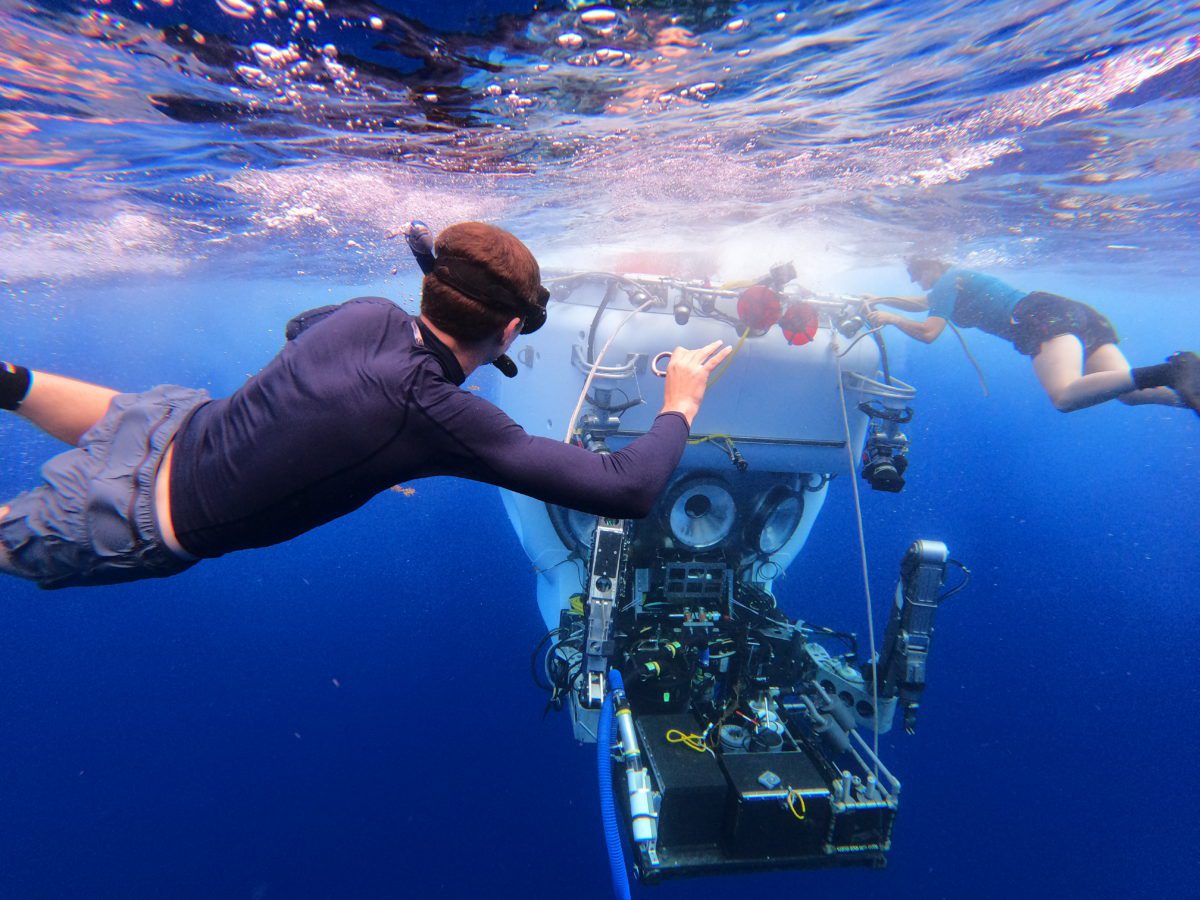 Swimmers Matt Skorina (foreground) and Kaitlyn Beardshear) prepare Alvin for recovery after a dive. Skilled divers attach lines that allow for the 40,000-pound vehicle to be winched back up to the research vehicle Atlantis after a day of exploration. (Photo by Marley Parker/ ©Woods Hole Oceanographic Institution)

The upgrades were funded by the National Science Foundation (NSF), installed during an overhaul period that began in March 2020, and built on additional improvements completed in 2014. The most recent round of upgrades included new titanium ballast spheres, upgraded hydraulic system, new thrusters and motor controllers, updated command-and-control and navigation systems, and a new 4K imaging system. Because Alvin is owned by the U.S. Navy, it then completed a three-week sea trial in collaboration with the Naval Sea Systems Command (NAVSEA), which oversees the safety of all ships and submarines in the fleet, and culminated in official certification to operate at depths to 6500 meters.

In total, Alvin completed 14 dives during the NSF-funded science verification expedition for a total of 102 hours submerged, 53 of which were spent exploring the seafloor, a significant achievement given the extended time required to reach sites that are as much as 2000 meters (1.25 miles) deeper than the sub’s previous maximum depth. In addition, the dives allowed 11 scientists to make their first dives in Alvin, something Michel said was an intentional part of the expedition.

“Alvin is built and maintained to enable new discoveries and provide new insight into the way our planet works,” said Michel. “Every generation of scientist presents new questions and Alvin has responded in ways that have rewritten textbooks. There’s a new generation waiting to use the sub and to them we say, 'Alvin is ready, where do you want to go?'"