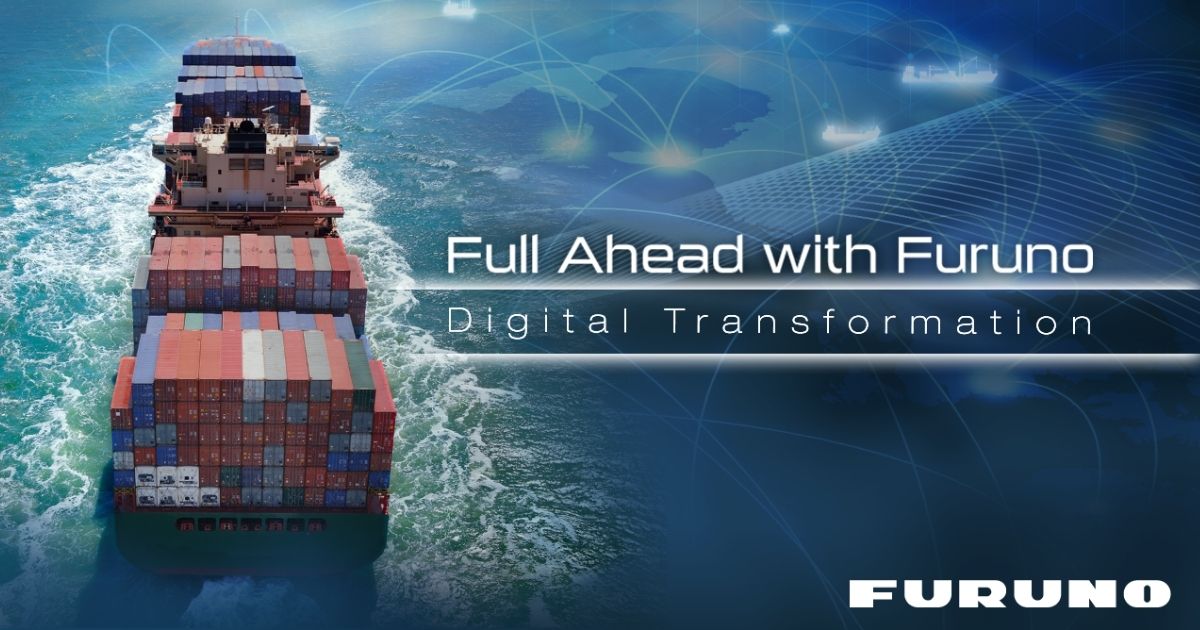 Furuno is a leader in supplying electronic equipment and solutions for the fishing industry, the shipping industry, the recreational segment, and land-based industries such as GPS systems and weather radar.

Furuno has launched a new website dedicated to the digital transformation of marine electronics, presenting an ambitious vision for the future. They outline the latest technological innovations already on the market or poised for commercialization.

With the evocative slogan, "Full Ahead with Furuno," the company explains how this digital transformation will lead to a revolution that will shake up the maritime industry in an increasingly connected and digital world. This vision for the future is not as far away as one might think.

"The first autonomous ship by 2025." "0 accidents at sea." "Ship data management from the shore." While these statements may sound ambitious, Furuno's new website explains why and how these objectives can and will be achieved. The site disseminates Furuno's vision using plain language, graphics, and video, making these new concepts accessible to everyone, from the layman to marine professionals.

Furuno is not new to the concept, having published volumes of educational materials in the past that explain how their Sonar, Radar, and Fish Finders work to locate objects. In their new website, Furuno clearly states their ambition to use all their technological know-how to achieve the future of commercial navigation - safe and efficient navigation even without human presence. This grand ambition is achievable only when two essential conditions are met: Autonomous Navigation and Remote Management. Around these critical points, Furuno presents its strategy and future aspirations. 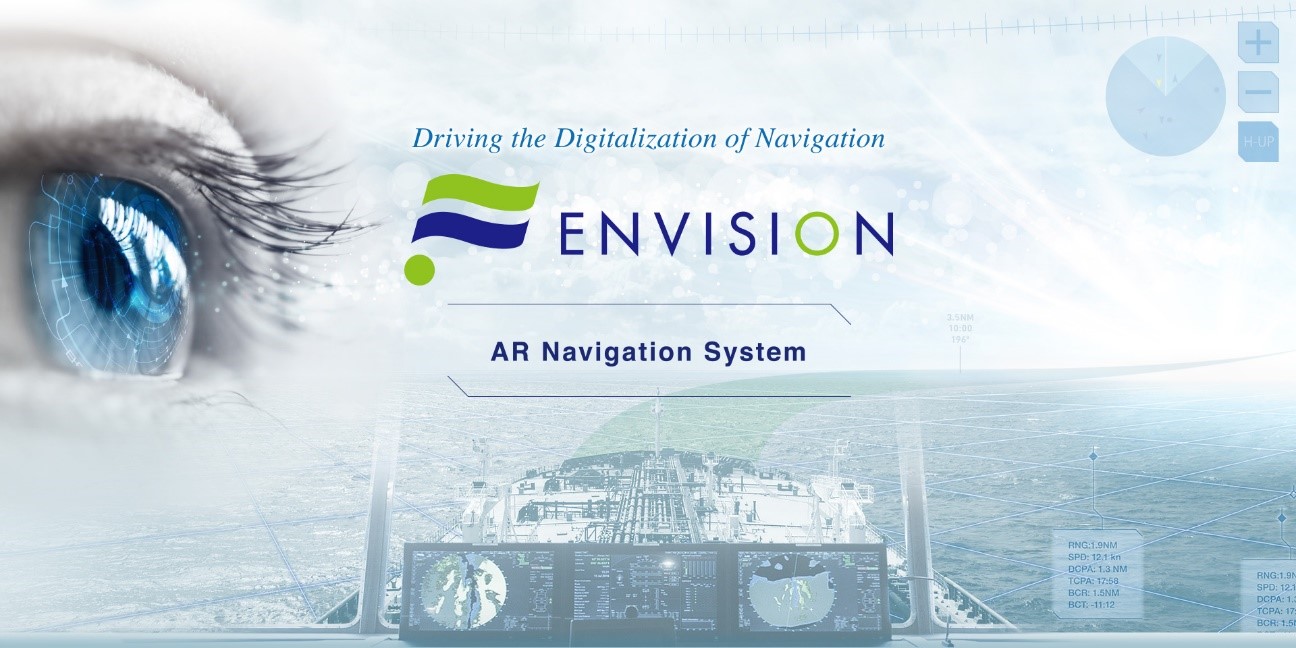 About the Digital Transformation project

Kazuma Waimatsu, Senior Executive Officer and Divisional General Manager of the Marine Electronic Products Division and leading figure in Furuno's digital transformation project, gives more details about the HOW and WHY of such an ambition.

"The number of ships crossing the world's oceans is growing every day, and the seas are more crowded than ever. The size of ships is also increasing. It is becoming more critical to know the situation around the ship directly from the bridge to improve safety and security during any operation.

"At Furuno, we have already taken up part of the challenge and created a system to support seafarers' visual perception during operations using augmented reality (AR) technology, which will also be the first step towards the automated ship of the future."

Augmented reality technology has been implemented successfully in the automotive and gaming industries but has not been widely deployed in a maritime environment. Furuno quickly developed the concept and presented it for the first time at a maritime exhibition, where it attracted the interest of companies such as Mitsui OSK Lines. Furuno and Mitsui OSK Lines embarked on a joint development project and, after a year and a half of development, the partners launched their product in May of 2019 on 21 VLCC's. Since then, the system has been deployed on many vessels, receiving massive praise from the shipping industry. 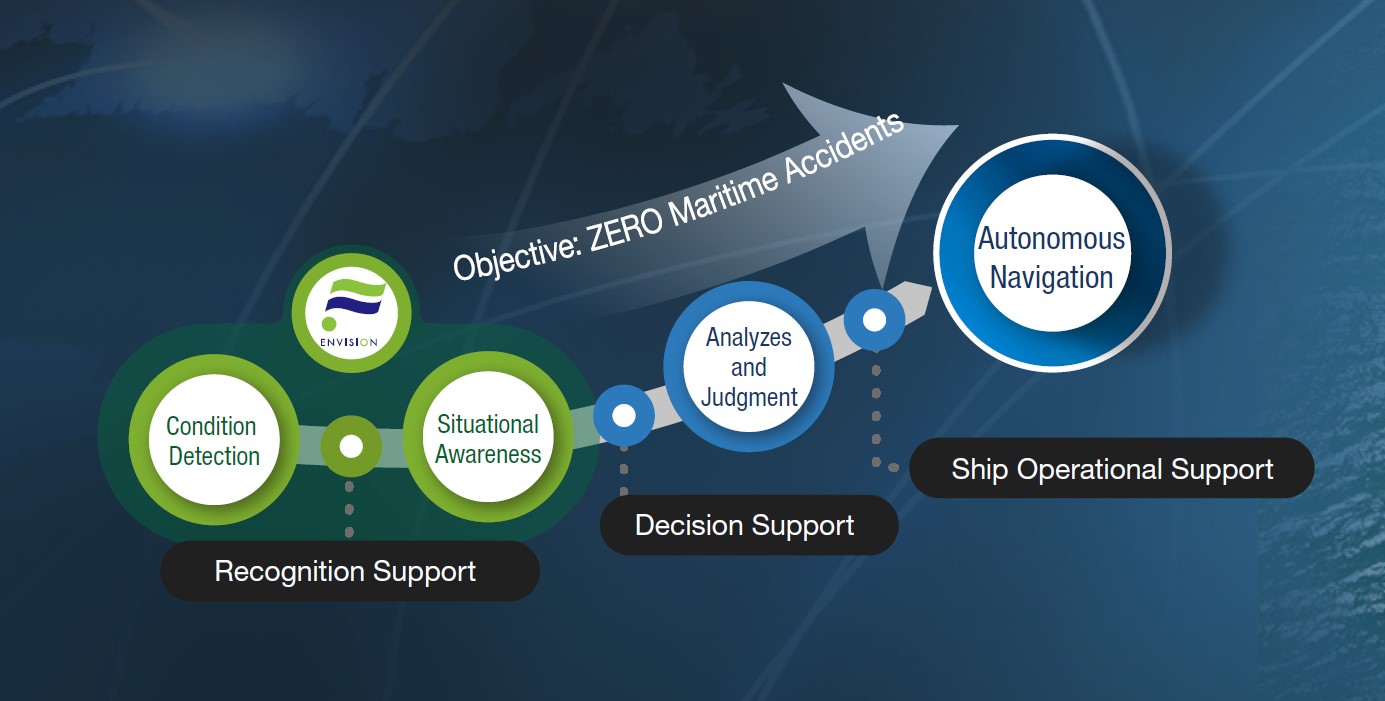 No matter how innovative, comprehensive, or revolutionary it may be, AR Navigation alone cannot prevent all risks of accidents. It is only the first step towards a much more ambitious purpose. In Japan, in 2020, under the sponsorship of the Nippon Foundation, MEGURI2040, began a joint project to develop the world's first completely crewless ship. Furuno has established a special division to accelerate the development of sensors and technologies that will enable the creation of this fully automated ship by 2025, mobilizing its tremendous resources of researchers, developers, and companies to make this project a reality.

There are three significant steps on the road to achieving autonomous ship operation. First, "Recognition Support" takes care of recognizing the surrounding situation to increase awareness. Next, "Decision Support" uses the information and interprets it to make an appropriate decision. Finally, "Ship Operational Support" links that decision to the actual operation of the ship. Computer-aided navigation such as our AR Navigation ENVISION is already fulfilling the role of "Recognition Support," completing the first step in this process.

Behind the development of AR Navigation (ENVISION), Autonomous Navigation, and Remote Management lies FURUNO's passionate desire to spark a revolution in navigation that will positively impact the lives of millions throughout the world.