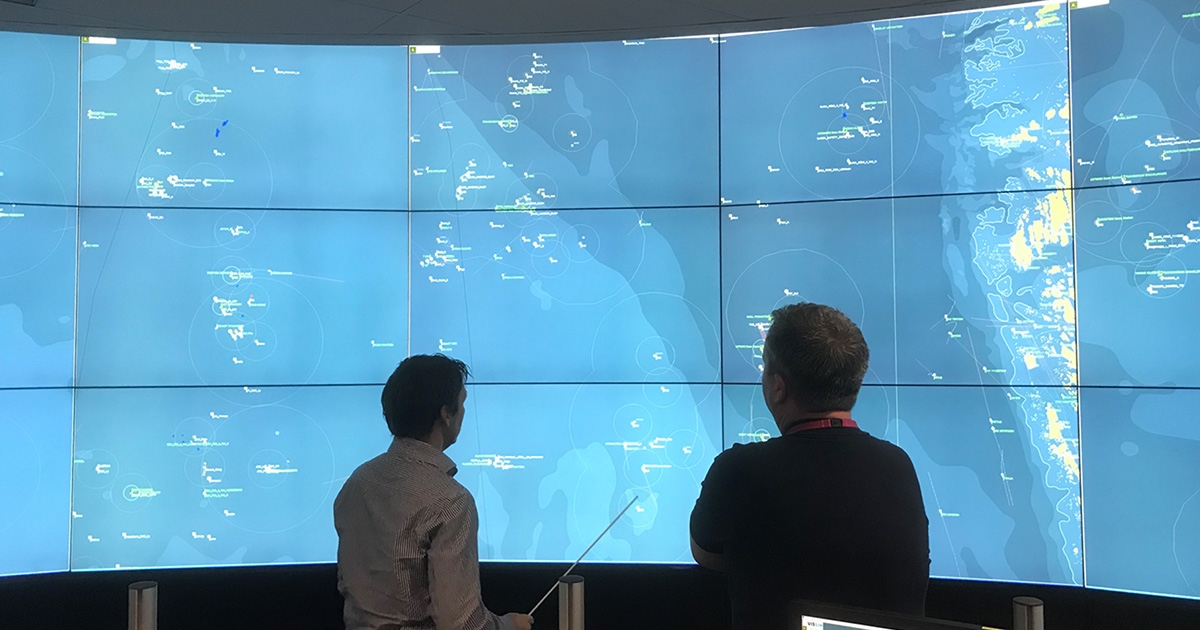 Equinor and Norwegian technology Vissim has completed the development of a new and expanded ocean space surveillance system for energy operators on the Norwegian and UK continental shelves.

“The new system is one of the world’s most advanced ocean space surveillance and vessel traffic management (VTMS) systems. It has been designed to improve safety and cost efficiency of all marine operations,” says Håvard Odden, Vissim’s senior vice president for maritime awareness.

Historically, Equinor has utilized the Vissim system for sea surveillance, marine and air logistics, coordination of offshore activity, and emergency response. In 2018, Equinor awarded Vissim a NOK 100 million contract to deliver a surveillance and marine coordination system enabled for solving the operational needs and efficiency objectives within the broader domain of offshore energy.

The new and expanded ocean space surveillance system incorporates subsea infrastructure monitoring, marine planning through weather forecasts and real time monitoring and 3D situational awareness. Additionally, the optimization of sailing plans and prediction of vessel routes, efficient communications between offshore workers, vessels and control rooms, companywide asset and vessel database and environmental surveillance are also key features of the new, advanced system. On the Norwegian continental shelf, the system continuously monitors more than 60 offshore installations and between 5,000 and 6,000 vessels on behalf of Equinor and other operators.

In addition to enhanced IT security and asset surveillance functions, the new system incorporates the benefits of machine learning. As part of its software development, Vissim has also developed a new IT architecture that makes it easier to store, manage and utilise data for new purposes.

Vissim has also replaced the software on all offshore assets and control rooms on the Norwegian continental shelf.

“The new ocean space surveillance system will significantly enhance operational safety and efficiency for marine operations in the North Sea, both in the UK and Norway. We have also heightened the system’s IT security, which is vital in the digital age,” adds Håvard Odden.

“The software platform can be applied to any type of offshore basin or coastline where there is a desire to improve efficiency and safety of marine operations, with the associated cost and environmental benefits this brings,” concludes Håvard Odden.

Vissim is a software developer and turnkey sensor and infrastructure provider for advanced marine optimization systems around the globe. The company is headquartered in Horten, Norway, and has offices in the UK and Slovakia, in addition to a global partner network.