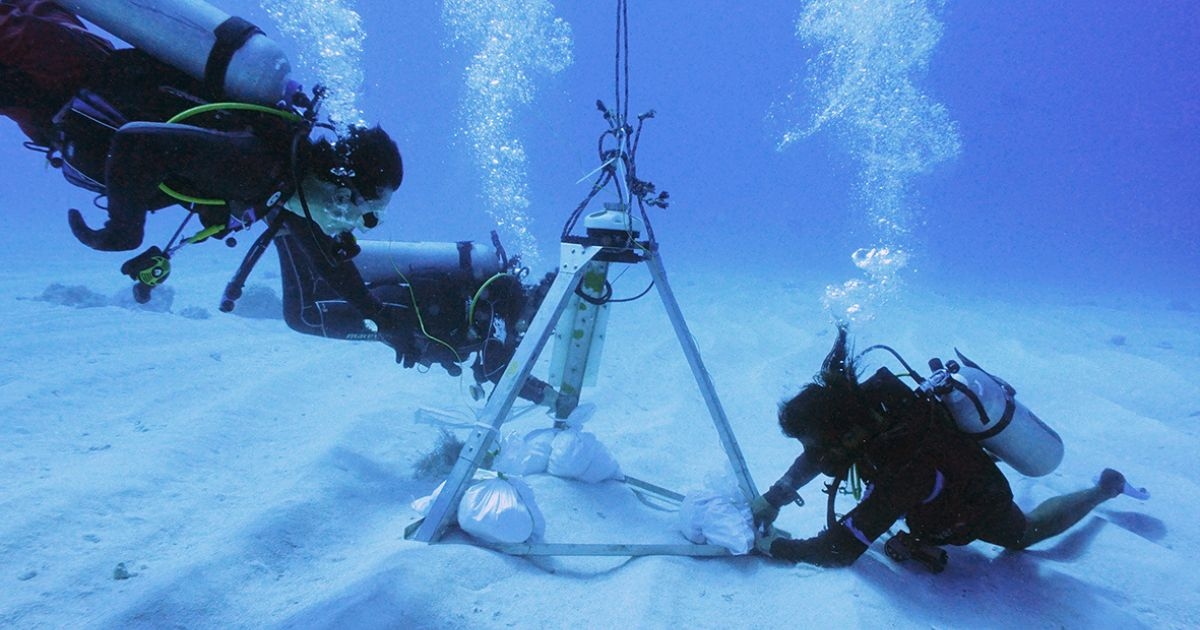 The AWAC acoustic sensors are typically placed on fixed frames in an upwards-looking configuration to record the height and direction of waves. Photo: CEMarin

With the upcoming 2022 hurricane season, the importance of using science-backed solutions for hurricane preparedness is brought to the foreground. Since Colombia’s Caribbean islands were devastated by hurricanes Eta and Iota within a two-week period back in November 2020, government-funded researchers have been using wave and current data measured by Nortek’s Ocean sensors to improve hurricane prediction.

With a total of 14 hurricanes, 2020 was the most active Atlantic hurricane season ever. Experience of Eta and Iota prompted the authorities on the Archipelago of San Andrés, Providencia and Santa Catalina to call for help from the Universidad Nacional de Colombia and the environmental institution CORALINA to develop tools to plan and prepare for future events, including computer modeling to better predict hurricane risk.

“We use these models to create reconstructions of hurricanes that have occurred in the past, and also to predict scenarios that have not yet occurred – synthetic scenarios of hurricanes.” While such models are generally robust, their accuracy is improved by comparison with data measured from the field. This is particularly important as biophysical features such as coral reefs, mangroves and seagrasses can influence sea conditions around islands. 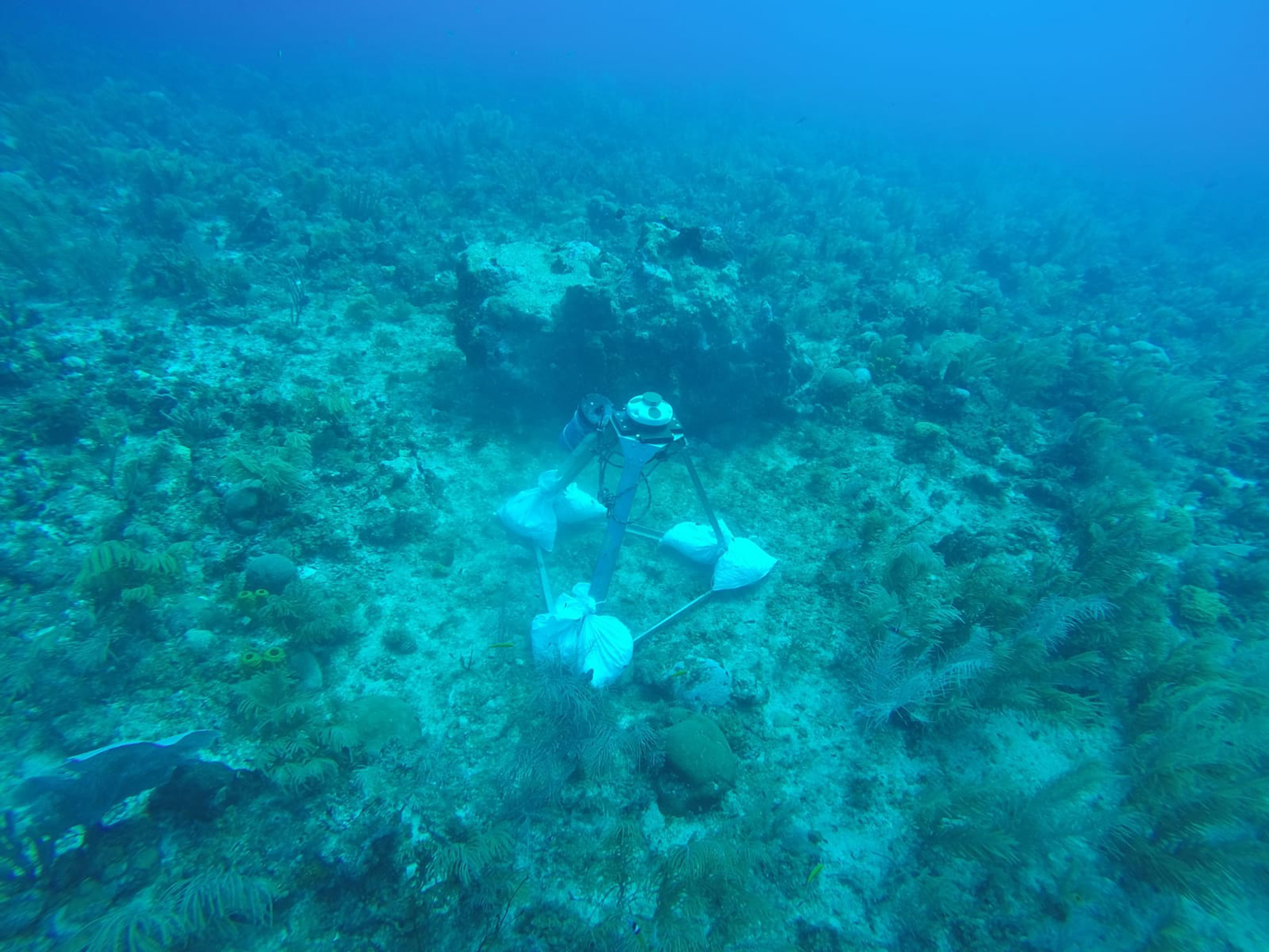 Biophysical features such as coral reefs can alter hydrodynamic processes, so collecting data from these features is important for accurate modeling. Photo: CEMarin.

“It’s important to collect information from the field and try to reproduce conditions on a laboratory scale because, in the laboratory, you have more control of the different factors. With field and laboratory data, you can develop new equations, new parameters and new physical understanding of physical processes to improve the models.” 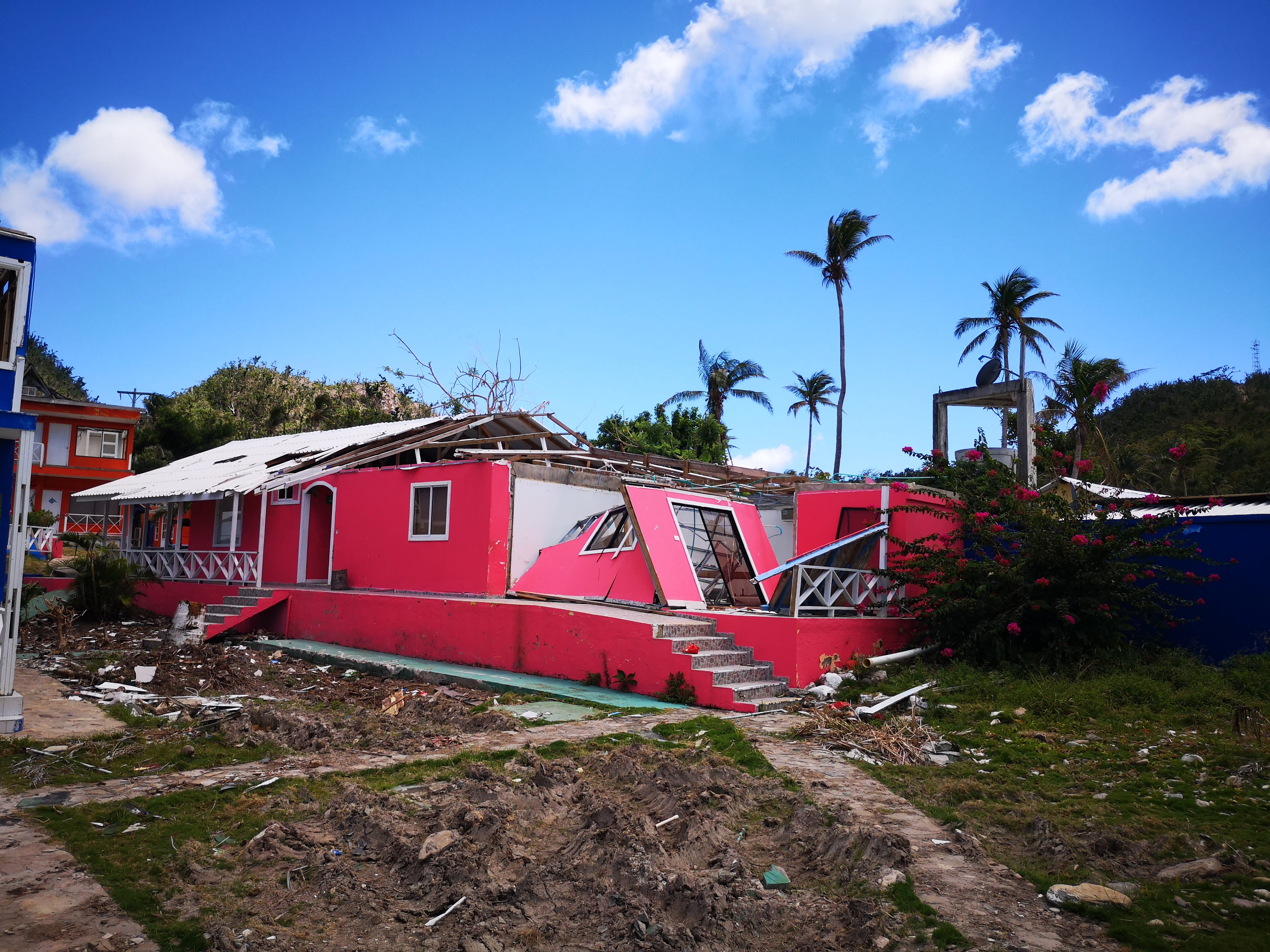 A home in a Columbian coastal community ravaged by a hurricane. Researchers in Colombia have been using wave and current data measured by Nortek’s ocean sensors to improve hurricane prediction. Photo: Juan David Osorio Cano/CEMarin.

The scientists gather real-world data on current and wave direction using two Nortek AWAC subsea sensors. These record the motion of the water using calculations based on the Doppler effect, a scientific phenomenon known in the world of physics. The sensors emit sound waves, then measure the echoes that return after bouncing off particles suspended in the water. As waves travel horizontally, these move with the water in a circular, or orbital, motion. This provides insight into how the height and direction of waves varies according to weather conditions.

“The waves on the surface are a combination of many waves, which have different directions, periods and heights. The AWAC acoustic sensor takes measurements over a long period, allowing us to discriminate between the different waves.” 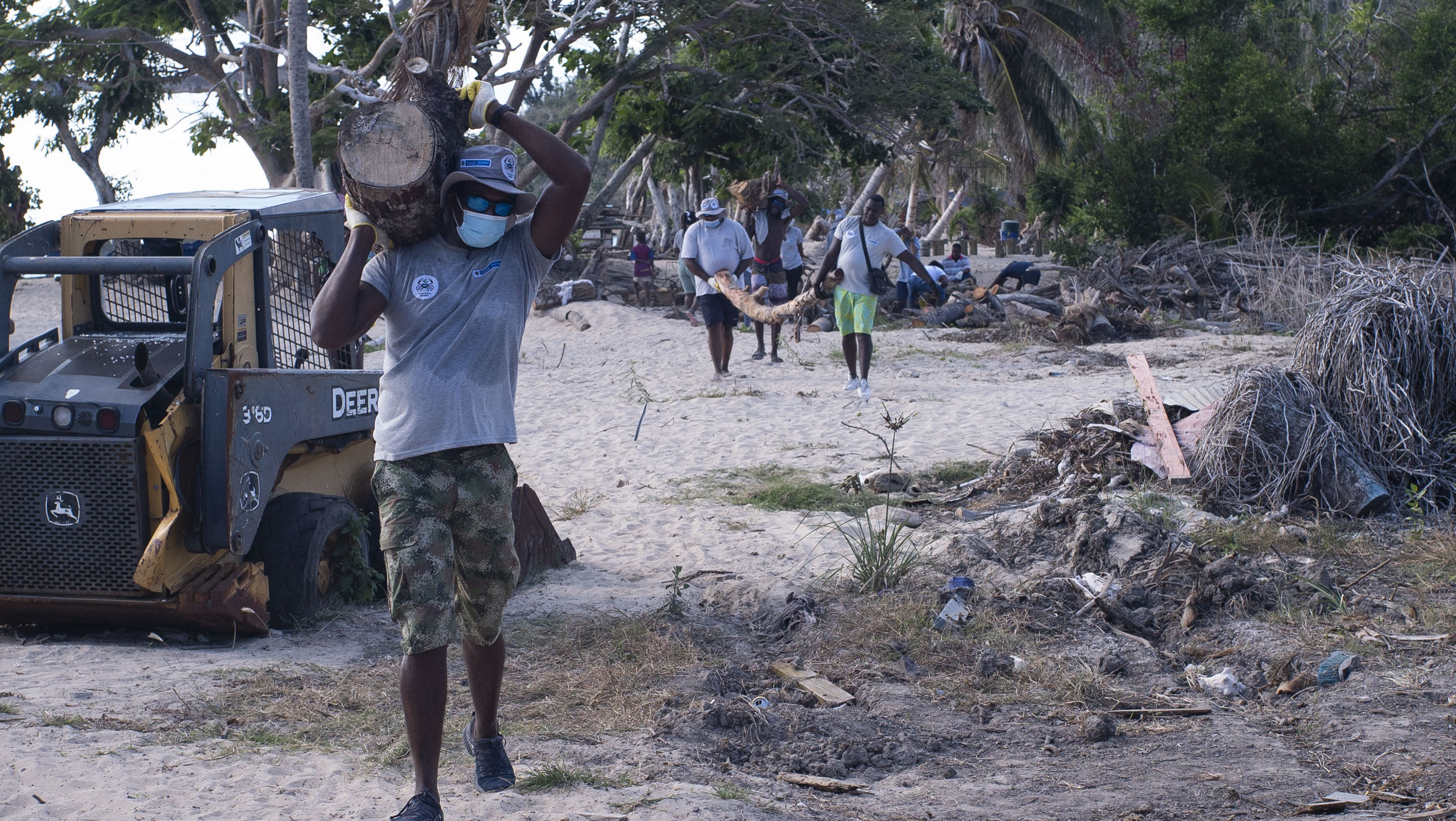 Having validated the model with the real-world data from Eta and Iota, the researchers can now confidently create “synthetic” hurricane scenarios to identify the areas of the islands that are most vulnerable to flooding. As a result, the authorities can take action to protect vulnerable communities, such as planting seagrass in strategic locations.

Want to learn more about the ocean research technology used here? Watch this video on the work being done by CEMarin researchers in Colombia.