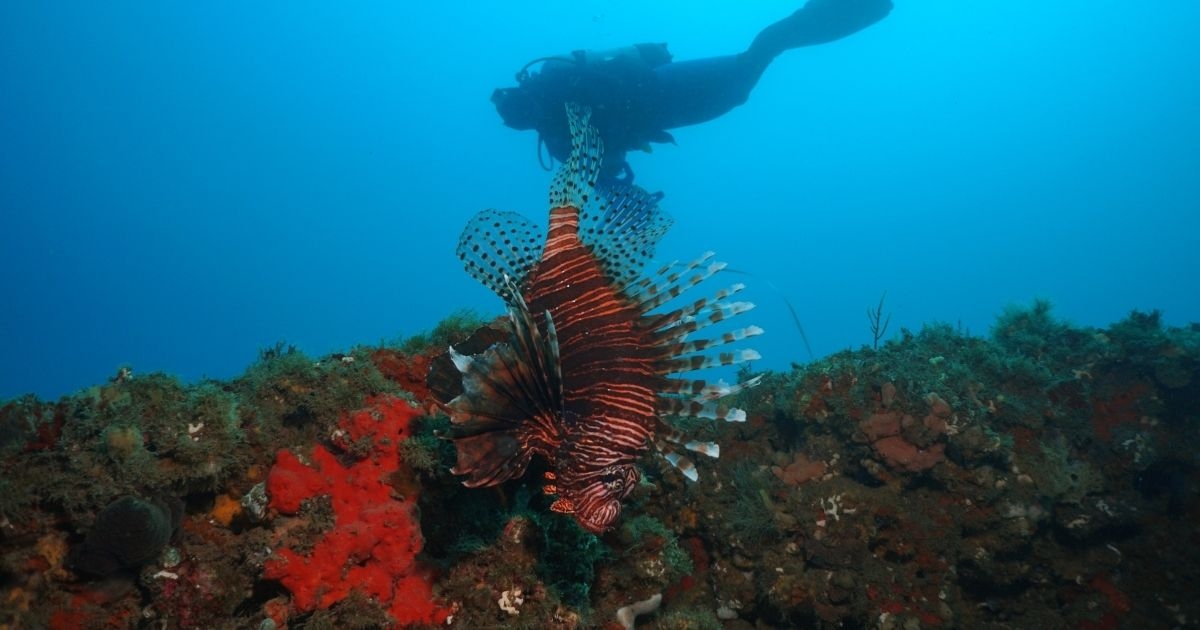 Diver with lionfish: Holden Harris, one of the study’s co-authors, scopes out a lionfish while diving in the Gulf of Mexico near Destin-Fort Walton Beach, Florida. Photo courtesy of Alex Fogg

Invasive lionfish have spread through the western Atlantic Ocean, Caribbean Sea and the Gulf of Mexico over the last few decades.

More recently, lionfish have also invaded the Mediterranean Sea via the Suez Canal, leading to concerns about their possible impact on ecosystems.

An international team of scientists hopes to apply lessons learned from managing lionfish in the western Atlantic to the Mediterranean invasion. A new study from the team outlines the do’s and don’ts of responding to a lionfish invasion.

“This collaboration came out of an international lionfish summit where it became clear that the concerns and questions about lionfish in the Mediterranean were the same ones that managers in the Atlantic invasion have addressed,” said Holden Harris, one of the study’s lead authors and a postdoctoral researcher at the University of Florida/IFAS Nature Coast Biological Station, which is located on the Gulf of Mexico in Cedar Key, Florida.

Reviewing previous lionfish research and management approaches, the researchers identified six strategies to implement and two to avoid when tackling a lionfish invasion.

Organized removal efforts such as lionfish tournaments can dramatically lower lionfish numbers in an area, according to the review. These events also help raise awareness about the invasive species in the communities where the events are held.

The study found that spearfishing using scuba diving and a pole spear is the most efficient means of removing lionfish. However, managers in both hemispheres face the issue that spearfishing is often prohibited on reefs where lionfish congregate. This is often needed to protect native species, but it also prevents divers from culling invasive lionfish. To prevent divers from spearfishing protected species, the study shows how managers can limit divers to use small spears, which are only effective against lionfish. Additionally, working with local stakeholders, including dive organizations, has shown to be widely successful.

“One of the big take-aways of this study is the importance of participatory management, which is when stakeholders and wildlife managers work collaboratively to implement effective strategies for the lionfish problem,” Harris said. 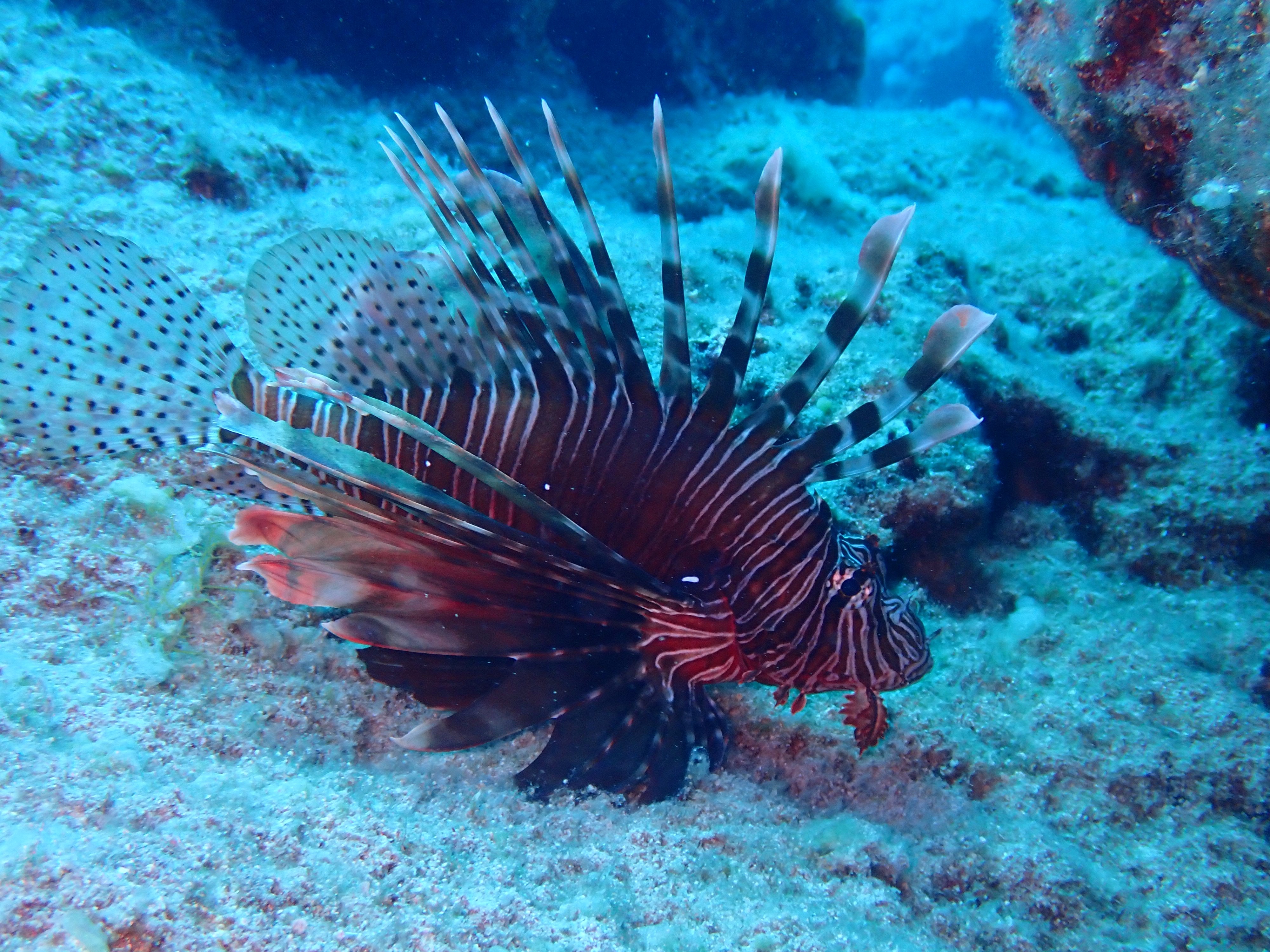 The researchers’ analysis suggests that encouraging a commercial lionfish market could have long-term positive effects.

Finally, the research team highlights the importance of encouraging regional and multinational cooperation.

“Like all major biological invasions, lionfish are unconstrained by political borders and their control will require rapid and strategic management approaches, multinational coordination, and broad cooperation among and between governments and stakeholders,” said Harris. “It’s neat that this research reflects this. Our paper resulted from a global collaboration of 25 researchers from Europe, Asia, Africa, North America and the Caribbean.”

Bounty programs where people earn money for removing lionfish can quickly exhaust their funding. “It’s unlikely that lionfish will ever be fully eradicated in areas where they have invaded, so bounty programs would need unending funds,” Harris said.

“On the other hand, lionfish tournaments or commercial fishing can remove lots of lionfish but are more sustainable because they can make profits that cover their own costs. Moreover, this promotes invasive species management because it helps controlling the invader and mitigate their impacts on native fishes, and not just as an economic incentive,” Harris said.

Finally, the study documents the dangers of feeding lionfish to predators like sharks or eels, as an attempt to train predators to hunt the lionfish themselves. This practice can teach predators to associate divers with food and causes them to be aggressive around divers. “I’ve seen firsthand in many places how this has caused changes to predator behavior. They weren’t pleasant experiences! In some areas where this was tried, diver teams now have to dedicate one or more divers just to be predator look out,” Harris said.

The study is published in the journal “Frontiers in Marine Science.”