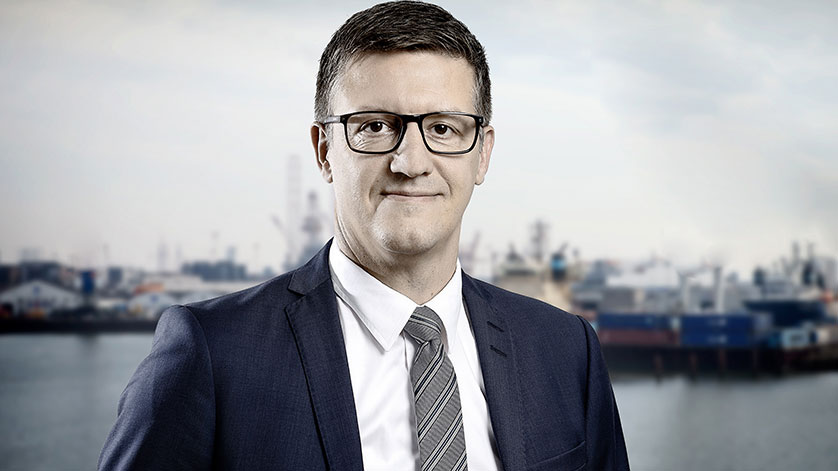 “We want to continue developing and delivering growth in terms of both revenue and earnings. In the current market situation, we are performing well compared to our peers, while maintaining – and in most segments increasing – our market share. We also continued to invest in and develop our business with new products and concepts in 2016, and we established positions in the strategically important markets of Korea and Thailand. We will continue this offensive approach to the market, ensuring that we can seize the growth that is expected to return in 2018,” says CEO Henrik Uhd Christensen.

VIKING operates in three main segments: cargo vessels, passenger vessels and offshore, two of which have been hit hard by the overall state of the economy. Although the scrapping of cargo vessels has increased globally, this has merely put a damper on the extreme expansion of capacity seen in the market over the last several years. In the offshore sector, lower oil prices continue to dictate the extremely low level of newbuild activities.

“The downturn has been deeper and longer than what could have been predicted a few years ago. The contours of a weakened market emerged in the years 2013-2014, combined with an absence of positive trends in the market economy to cushion the fall. You would have to go back decades to find a similar situation where the cargo newbuild market had fallen by more than half, as is the case now. Meanwhile, the operational market – the vessels in operation – are under pressure due to low demand and low freight rates,” says Henrik Uhd Christensen.

Signs of improvement in some segments

VIKING has launched a number of successful concepts in recent years for shipowners and offshore rig owners, which are adapted to the difficult market conditions. Customers are seeking multi-year agreements with transparent pricing on safety equipment and service, combined with reduced administrative burdens. The efforts to meet these needs will continue in the coming years.

“Even well-established shipowners see their liquidity dwindling these days; and some may go under, while consolidation in the form of mergers and acquisitions will also continue. I believe in a recovery in 2018. We are now seeing that parts of the market, most recently dry cargo vessels, are on the road to recovery,” says Henrik Uhd Christensen.

A few of the major bright spots

On a positive note, the holiday-driven cruise industry has remained successful for decades and proven less dependent on the global economy. The part of the passenger ship market that transports both passengers and cargo has also benefited from growth and lower oil prices. This has had a positive impact on both newbuilds and the existing tonnage.

In 2015, VIKING acquired the Danish manufacturer of a game-changing technology for handling lifeboats, Nadiro A/S. The market has warmly embraced the Drop-in-Ball™ system, and VIKING Nadiro has achieved high growth rates and excellent earnings in a market driven by new SOLAS rules that will take effect in 2019.

Robustness for all market conditions

2016 was the first year of the new five-year business plan, BP20, which includes ambitious growth objectives. One of the objectives of BP20 is to strengthen our foundations, ensuring that VIKING’s position remains robust and attractive following years of crisis-like conditions in a number of maritime industries.

“We expect profit in 2017 to be on par with what we achieved last year. Despite the slightly declining top and bottom lines in 2016, we saw growth in important key figures, such as gross profit, EBITDA and cash flows. The good development in equity has also continued as a result of sustained solid earnings and the high level of investment. VIKING is therefore in a good position to withstand the difficult market conditions of recent years and to achieve accelerated growth when conditions hopefully improve within the next couple of years,” says Henrik Uhd Christensen.

MacArtney to Deliver Winches for the Off

U.S. Offshore Wind Market Off to a Roari

Balmoral Expands into the Offshore Renew

How Google and Other OTTs are Redefining

Wight Shipyard Co Expanding into the Off

Trendsetter “Cements” Its Place in the I