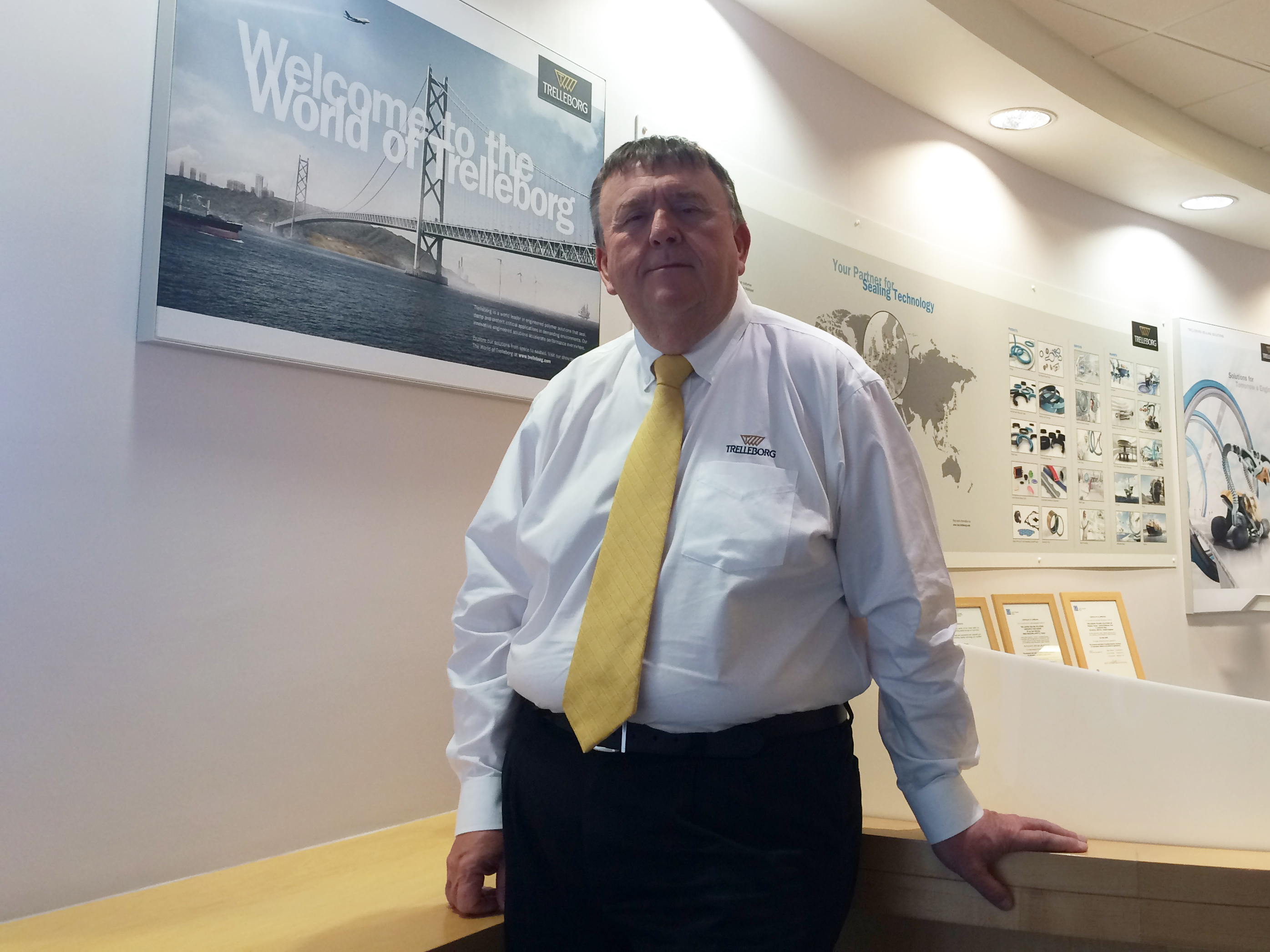 Trelleborg Sealing Solutions has promoted David Brown to lead its oil and gas focus globally in a move described as a “clear signal of ambition”.

Previously Trelleborg Sealing Solutions UK Managing Director and Oil and Gas Lead in Europe, David has taken on the role of Global Lead Group Director Oil and Gas with immediate effect, and will relocate to Houston in the U.S.

David will be responsible for supporting and driving strategic global growth plans in oil and gas, including launching the Asia Pacific Lead Group.

The move also comes as the company launches a recruitment drive to strengthen the technical sales team at its Aberdeen office.

David graduated from Bolton University in 1983 and has more than 30 years’ experience in polymer technology for automotive, aerospace and general industrial applications. He joined Trelleborg in January 2008 having previously held various senior positions in the sealing industry.

Peter Hahn, Trelleborg Sealing Solutions President Marketing Americas, who David will report directly to, said: “We have appointed David because we are ambitious and we believe David can further our reputation as one of the world’s leading developers, manufacturers and suppliers of precision polymer seals and bearings. This appointment is a clear signal of our ambition.

“Trelleborg Sealing Solutions has the largest sealing portfolio in the industry. David has an impressive background and pedigree and with his strategic direction, we believe he can steer us to the next level in our oil and gas focus.”

David Brown said: “I am relishing the prospect of taking on this new role. Trelleborg Sealing Solutions has a bright future and I’m looking forward to playing an increasing role in furthering our position in this key industry.”

For further information on the Trelleborg Sealing Solutions offering for the offshore oil and gas industry, visit www.tss.trelleborg.com.
For more information about the Aberdeen technical sales positions, email tssuk@trelleborg.com.
back to top

Seatronics Continue to Invest in Industr

Trelleborg and SubC Collaborate on First

Trelleborg to Highlight Safety Through C