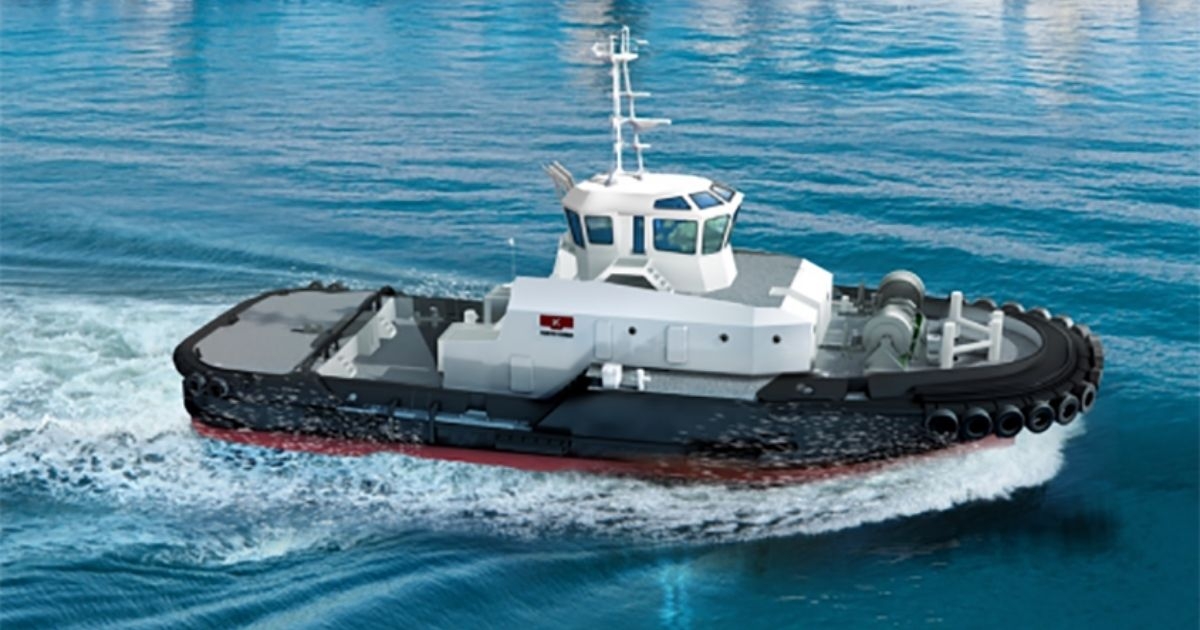 On May 26, Tokyo Kisen held a naming and launching ceremony of the electric tugboat Taiga, currently under construction at Kanagawa Dockyard Co., Ltd. (Kobe-shi, Hyogo Prefecture).

The Taiga is powered by an electric propulsion system that combines e5Lab-developed large-capacity lithium-ion batteries and a diesel engine. It is an eco-ship designed to protect the environment in areas surrounding the ports of Yokohama and Kawasaki, and also a crew-friendly tugboat, not only achieving low/zero emissions of CO2, NOx, SOx, and particulate matter (PM) from the vessel but also reducing noise and vibration for an improved working environment.

IHI Power Systems Co., Ltd. (Headquarters: Chiyoda-ku, Tokyo) participated in the development of the tugboat as the system integrator and supplier of the ship’s Electric Propulsion System. The Taiga is the first tugboat to adopt IHI Power Systems’ L-Drive propulsion system.

The system also marks the first use of ABB’s DC Grid in Japan. In combination with the large-capacity lithium-ion batteries, it delivers higher efficiency than conventional electric propulsion systems.

In addition, it can be upgraded for even greater energy efficiency by analyzing important parameters such as the charge-discharge power of lithium-ion batteries and propulsion motor output, along with fuel consumption of the diesel engine. 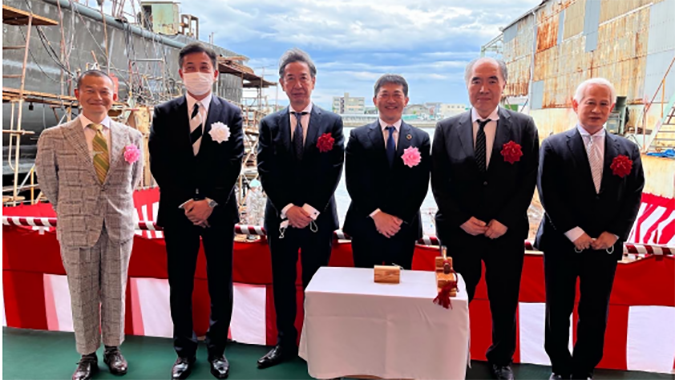 The project team also collaborated with OSD-IMT, a group company of Damen Shipyard (the Netherlands), for concept design of the tugboat to improve the crew’s operating performance as well as living environment. In recognition of these advancements, the tugboat construction project was adopted as subsidy project of “Utilizing AI/IoT, etc. and More Efficient Transport Promotion Project Grant Subsidy (Coastal Ship Innovative Operational Efficiency Demonstration Projects)” by Japan’s Ministry of Economy, Trade and Industry (METI) and Agency for Natural Resources and Energy.

Initially the team considered equipping the tugboat with hydrogen fuel cells for enhanced environmental performance, and conducted a risk assessment (HAZID analysis) in cooperation with the project partners, but decided not to adopt the cells.

The Taiga is slated for completion in December 2022, and will operate mainly in the ports of Yokohama and Kawasaki as a harbor tug after delivery. In addition, installation of power supply equipment on a floating pier designed especially for the Taiga will be completed when the tug enters service.

Tokyo Kisen contributes to the decarbonization of ports and harbors by reducing the environmental impact of tugboats, aiming at sustainable growth for the tugboat business. The Taiga is the second eco tugboat, following the Ginga, a diesel-electric hybrid harbor tug that was launched in the ports of Yokohama and Kawasaki on September 30, 2013.

e5 Lab will realize a sustainable ocean shipping business through its initiatives to address urgent issues that face coastal shipping—improvement of the work environment for crewmembers and global environmental protect—through development of advanced ships that adopt electric propulsion technology. The company continually contributes to Japan, in both social and economic terms, by offering safer and higher quality transport services.