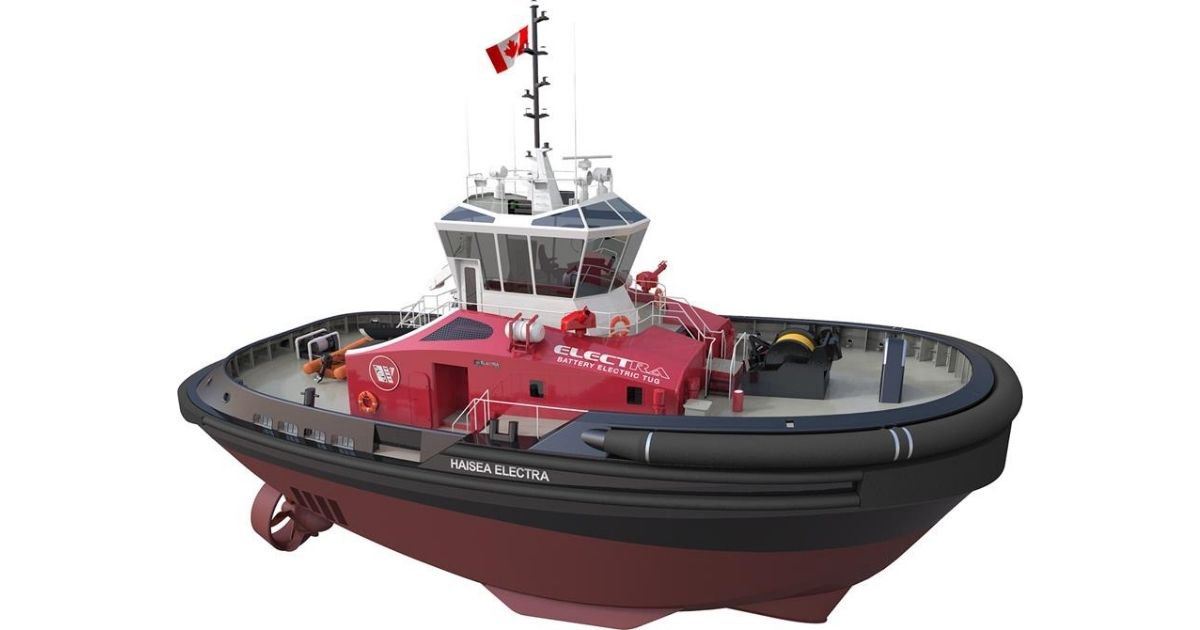 A pioneer of lithium-ion battery technology in maritime applications, Corvus Energy is proud to announce a major milestone for the company: the 500th project order.

The order is the largest in Corvus’ history and is for the supply of the 5,288 kWh batteries for each of three zero-emission harbor tugs. The tugs will be built by Sanmar Shipyards for delivery to HaiSea Marine.

HaiSea Marine, majority owned by the Haisla Nation in partnership with Seaspan ULC, will operate the three battery-powered harbor tugs to berth/unberth liquified natural gas (LNG) carriers at the LNG Canada export terminal in Kitimat, B.C., Canada following commissioning of the plant around the middle of the decade.

A major Milestone in the history of Corvus

“Reaching project number 500 is a significant milestone for Corvus Energy and for the maritime community. Corvus batteries make up over half of all the energy storage capacity deployed on board ships today,” says Geir Bjørkeli, CEO of Corvus Energy. “We estimate that our batteries have saved over three hundred million liters of diesel, avoiding almost one billion kilograms of CO2 emissions. That’s a track record in which we take immense pride.”

“Our energy storage systems are now in a wide range of coastal, short sea, inland, subsea and port applications in hybrid and fully battery-powered configurations,” Bjørkeli continues. “Soon, in combination with the maritime fuel cell that Corvus is developing in partnership with Toyota, our energy storage systems will help replace fossil fuels and GHG emissions on ocean-going ships as well.”

Scaling up for growth worldwide

While much of the groundwork and adoption of hybrid and electric marine technologies to date has been in the Nordic countries, the maritime communities in North America and Asia are now investing heavily to meet ambitious emissions reduction targets.

“We are expanding our global production capacity and sales and service network in response to demand from multiple sectors,” says Bjørkeli, citing expanding manufacturing facilities and workforce in North America and a joint venture with Sumitomo in Japan (see 21 April 2021 press release). “Ship owners and ship builders around the world can be confident in their ability to access and leverage our expertise and market-leading technologies in their upcoming projects.”

A key to Corvus Energy’s success has been the engaged support of its strategic investors in the energy and maritime industry. Equinor Ventures, Norsk Hydro, BW Group and Shell Ventures have all contributed largely to the growth and scaling of the company.

“We have seen Corvus grow from being one of the pioneers in battery systems to a trusted brand in the marine industry. Supporting their journey to scale up and build a strong customer base has been a privilege,” says Geert van de Wouw, VP Shell Ventures.

Going forward Corvus Energy will continue to drive towards a net zero-emission future for shipping. Through new products, improved services, and new business models—as well as sharing technology and supporting the development of new standards for shipping all over the world—Corvus Energy will continue to push technology forward to power a clean future.