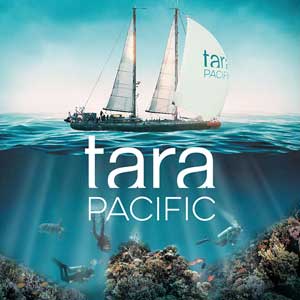 Tara, the famous French research schooner, will be in Miami at Epic Marina for a first port of call on the new expedition “Tara Pacific.” After giving voice to the Ocean at the Paris climate conference (COP21), Tara is now headed for the Asian-Pacific region, to spend two years studying, from east to west and from north to south, the biodiversity of reefs and the impact of climate change on the corals of the Pacific.

After departing from Lorient (France) on May 28, the boat will sail nearly 100,000 km around the Pacific Ocean from July 2016 to September 2018. The interdisciplinary team of scientists aboard will examine in a new way the biodiversity and evolution of coral reefs in the context of major environmental disruptions linked to climate change and increasing stress from human activities.

From the Panama Canal to the archipelago of Japan (2016-2017), from New Zealand to China (2017-2018), the schooner will traverse 11 time zones, criss-crossing the world's largest ocean and visiting the most remote islands and reefs to collect 40,000 samples.

The unique aspect of this expedition is its "transversal" approach, associating coral biologists, oceanographers and plankton specialists, enabling us to get an overview on much larger scale than ever before.

Conceived as a platform for high-level scientific research, Tara has been sailing the globe since 2003, conducting research to understand how climate change and ecological crises are impacting the world's oceans.

During this first stopover in Miami after the 23-day Atlantic crossing, Tara will invite the general public aboard. “Miami will be an opportunity to explain our work and raise public awareness about the environment, with special attention to young people,” says Romain Troublé, executive director of the Tara Expeditions Foundation. Besides pursuing our scientific goals, the Tara Expeditions Foundation is conducting a long-term advocacy plan to mobilize civil society and encourage decision makers and the business community to find solutions for protecting solutions for preserving the Ocean. This stopover will be an opportunity to bring together various stakeholders and interested parties during the conferences.