Submissions for the Annual IADC Safety Award are Open 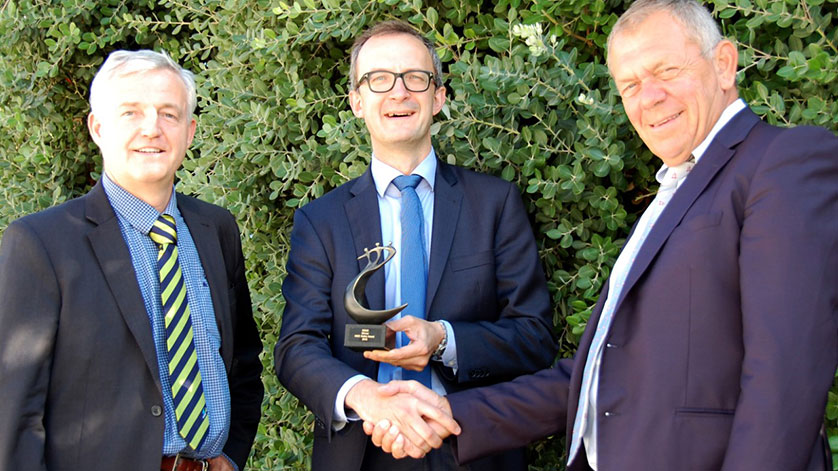 Has someone in your company developed a smart idea to improve on-the-job safety, avoid accidents and save lives? Now is the time to submit that idea to the IADC Safety Committee for its Annual Safety Award.

Why A Safety Award?

Safety is always a top priority and it is not a one-time effort. Constant vigilance requires innovation. And good ideas should be recognized and publicized. These ideas are a contribution to the dredging industry as a whole. The IADC Safety Award seeks to:

Dredging operations are risky. They are large, sprawling with hidden dangers amongst heavy machinery. The International Association of Dredging Companies and its members are committed to safeguarding their employees and to pursuing improvements in guaranteeing a safe and healthy work environment.

IADC members have always been committed to reducing the number of industry accidents and incidents to zero. But in 2009 they took their commitment a step further and established the Lost Time Injury (LTI) index. This index has helped track accidents and incidents and their causes, and has resulted in a continuous decline of mishaps amongst dredging contractors since its inception.

Again, to further safety goals, in November 2013, a group of QHSE experts from the member companies were recruited to form the IADC Safety Committee. Through this committee, contractors are able to share safety experiences and best practices. In a next step, the committee established the Annual IADC Safety Award. The award encourages the development of on-the-job safety skills and rewards people and companies demonstrating diligence in safety awareness in the performance of their professions.

Guidelines for Submissions for the IADC Safety Award

The Award seeks to identify the exceptional safety performance of a particular project, product, ship, team or employee. The Award is open to all companies active in the dredging and related industry. Companies may submit multiple nominations but each submission requires that a separate registration form be completed. Nominations must be supported by a document that describes the details of the accomplishments. The identified work should be described and supported with evidence by means of safety record(s), objectives reached and other relevant information. Click here for further information on IADC’s website or go to IADC dredging.

WHEN IS THE SAFETY AWARD PRESENTED?
The IADC Board of Directors will present the Safety Award at the IADC Annual General Meeting in September, 2017 in Marseille France.

The International Association of Dredging Companies (IADC) is a global umbrella organization for contractors in the private dredging industry. IADC has over 100 main and associated members and encourages its members to adhere to common standards and to maintain a high level of conduct in their worldwide operations.