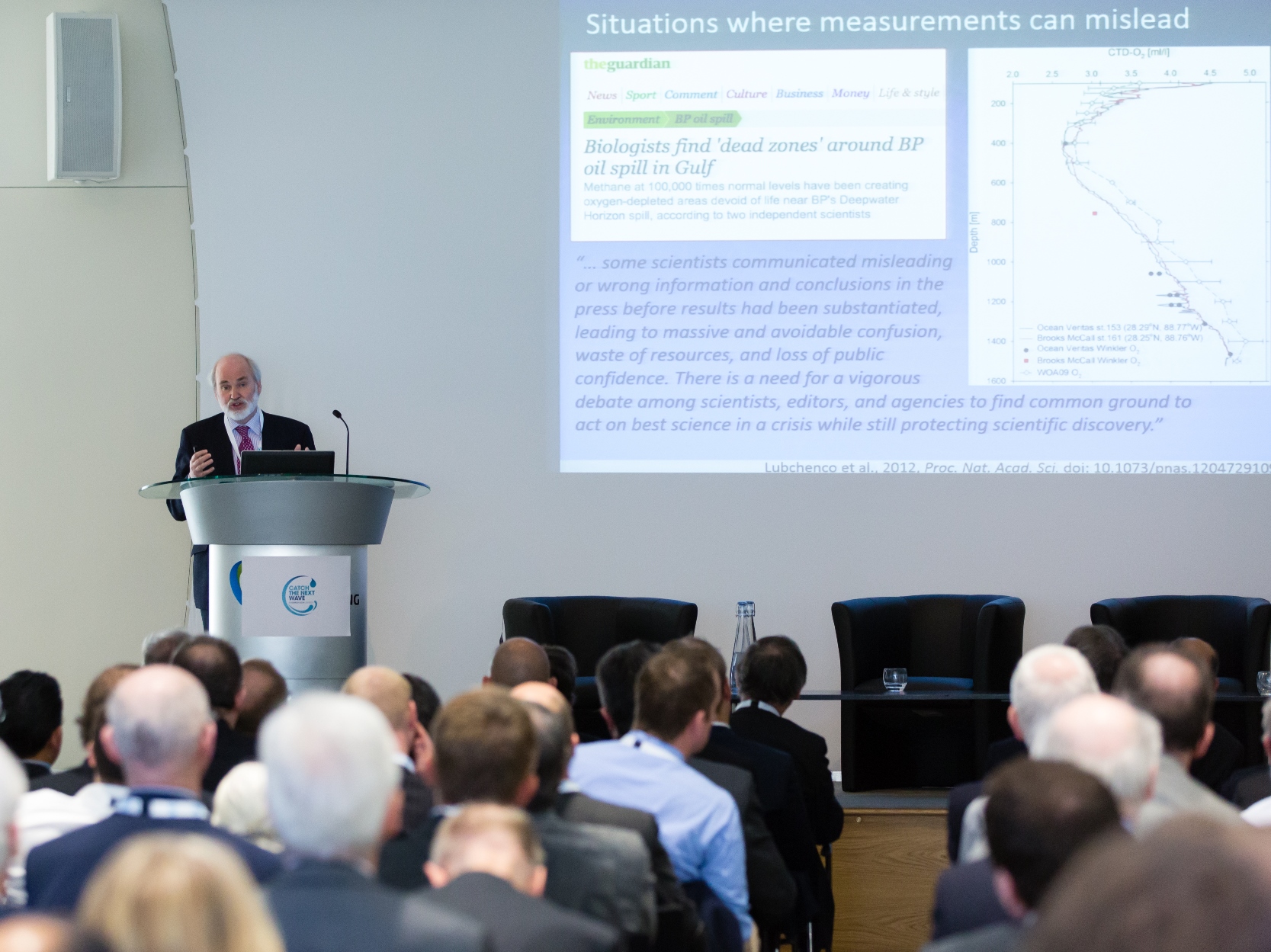 Stimulating creative thinking by business leaders, senior academics and technologists with an interest in key disruptive technologies in areas such as artificial intelligence, autonomous inspection and coordination of multiple vehicles, lies at the heart of the one-day Catch the Next Wave Conference being held in London on 14 March, the day before the world’s largest marine science and ocean technology event, Oceanology International 2016, opens.

“Our one-day conference being held at The Royal Institution has been created to ensure our delegates leave buzzing with new ideas that will, in turn, lead to new research and business opportunities,” explains Event Director Jonathan Heastie of Reed Exhibitions, organiser of both Catch the Next Wave, and Oceanology International.

“Leading global experts from the aerospace, automotive, medical, academic and marine industries will explore the latest technological advances from their fields and their vision for 2020. It promises to be a really exciting day with presentations literally embracing the depths of the oceans to the solar system, and much, much more.

“Prospective delegates are invited to register their interest in attending this free event at www.ctnwconference.com; all applications are subject to approval.

Diving into the programme
Focusing on next generation robotics and cross-industry technology transfer, Catch the Next Wave will open with a keynote address, ‘Rise of the Robots’ by Gwyn Griffiths, Founder of Autonomous Analytics. This will be followed a presentation on autonomy and intelligence. David Lane, Professor of Autonomous Systems Engineering, Ocean Systems Laboratory, Heriot-Watt University will speak on ‘Marine Autonomy’.

The ‘Seeing Other Worlds’ session involves Geraint (Taff) Morgan, Professor – Department of Physical Sciences at Department of Physical Sciences, The Open University speaking about ‘Down to Earth: From Comets to Cancer, a Journey Sniffing our Solar System’ taking about instrument used in the Philae Lander project to analyse the chemical components of the comet, part of the story which had the whole world on the edge of their collective seat as on 12 November 2014, after a journey of 3,907 days, the lander achieved the first-ever soft landing on a comet nucleus. Stephen Rock, Professor – Department of Aeronautics and Astronautics, Stanford University will then talk about ‘Using AUVs to Autonomously Map and Navigate Free Drifting Icebergs as a Model for Mapping Asteroids’.

The fourth dual-speaker session of the day looks at ‘Sampling Dynamic Systems’ with Jorge Andrews Diaz, Head – GASLAB, CICANUM, University of Costa Rica taking ‘Implementation of Unmanned Airborne Mass Spectrometry Systems for Dynamic In Situ Volcanic Plume Measurements’ as his topic; and Edward DeLong, Professor of Oceanography, co-Director of both C-MORE and SCOPE, University of Hawaii then speaking on ‘Oceans of Information: Surfing the Data Tsunami in Microbial Oceanography’.

Following a networking coffee break, three prizes - AMSI Business Person of the Year; Alan Greig Operational Oceanography Prize; and the Oceanology International 2016 Lifetime Achievement Award – will be presented. This will be followed by a presentation on the latest XPRIZE. This new competition for the Deep Ocean Mapping Prize will be the third award from the 10-year XPRIZE Ocean Initiative, with past competitions involving new ways to clean up oil spills and another to monitor ocean acidification. The prize money will be awarded to whichever team completes the challenge by 2018.

“What a fitting and exciting end to what is going to be a highly stimulating day,” says Jonathan Heastie. “I’d like to thank our sponsor NERC, and our strong committee – see www.ctnwconference.com/Conference-Committee - for their input to this truly inspirational event.”

Catch the Next Day is held in association with IMarEST – the Institute of Marine Engineering, Science and Technology; MTS – the Marine Technology Society; and the SUT – Society for Underwater Technology.