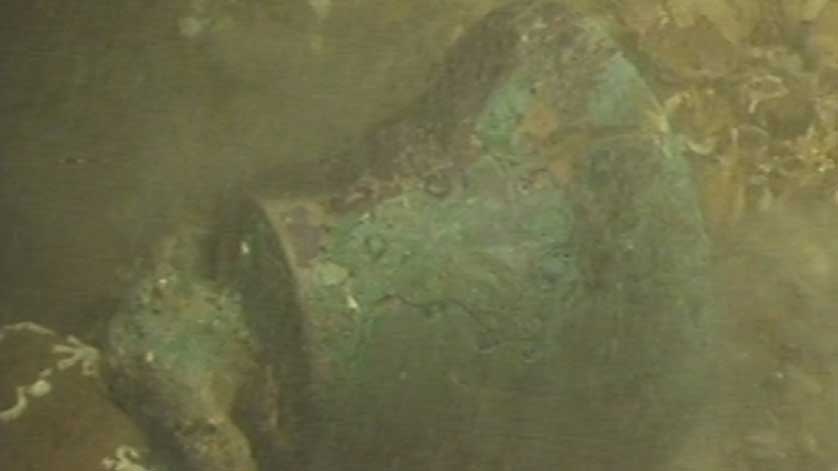 A ship’s bell recovered from the Galloper Offshore Wind Farm’s offshore cable route prior to the project’s construction is set to go on public display having been identified as coming from SS Carica Miller, a merchant ship built in Sunderland in 1928.

Thorough geophysical surveys of the seabed along the wind farm’s 45-kilometer long offshore cable route were undertaken before construction could begin. The results of these surveys, from the offshore site to the landfall at Sizewell, Suffolk, were examined by marine geophysicists and archaeologists from Wessex Archaeology to identify anomalies that could have impacted the construction works for the 353MW wind farm. 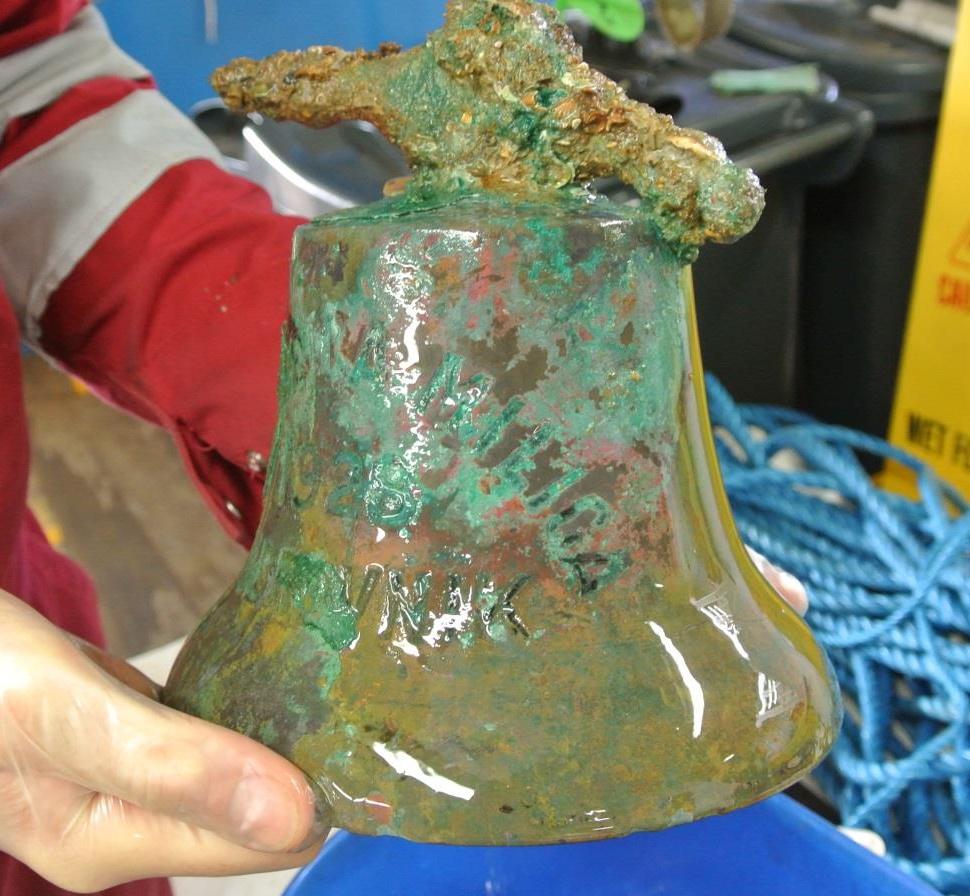 Bell on deck after being recovered.

Galloper Senior Consents Manager Colin McAllister said: “Selected geophysical anomalies were assessed further to find out what they were, for instance whether they were archaeological remains, unexploded ordnance or even lost fishing gear.

“A remotely operated vehicle (ROV) was then used to carry out this ‘ground-truthing’ exercise and the ship’s bell was discovered on the seabed during a survey undertaken in June 2016.”

He added: “Since the bell could have been at risk of damage, it was agreed with Historic England that it would be recovered from the seabed for conservation”.

Engravings seen from the video footage taken by the ROV showed the name of the ship - SS Carica Milica - along with its date of build, 1928. Further research found that the vessel was completed by renowned shipbuilders William Doxford & Sons Ltd in February 1928 on the banks of the River Wear in Sunderland. Only 11 years later, on 18 November 1939 laden with coal from Newcastle upon Tyne, the vessel struck a mine laid by a German U-boat and sank off the Suffolk coast with all 26-crew rescued.

Since the brass bell was recovered in 2016 it has been undergoing careful conservation by Wessex Archaeology to extract damaging marine salts and put it through a controlled drying process before adding a layer of protective wax to its surface.

Louise Tizzard, Geoservices Director for Wessex Archaeologyf said: “This has been a fascinating project to be involved in – from when the geophysical anomaly was identified and ROV video footage reviewed, through to historical research, recovery and conservation for future display so that the people of Sunderland will be able to see it and learn about its long, eventful journey from Newcastle to the seabed in Suffolk and back to the North East again.”

As well as the recovery of the bell, Galloper Offshore Wind Farm has funded its conservation and the display cases and associated materials that have enabled it to go on show at the Sunderland Maritime Heritage Visitor Centre.

Secretary of Sunderland Maritime Heritage Ian Murray said: “It is apt to think that after 77 years on the seabed the bell from the SS Carica Milica will return to the city where the vessel was built”.

“With its fascinating recovery story, it is an honor and a privilege that Galloper Wind Farm and Wessex Archaeology together chose Sunderland Maritime Heritage as the final home for the bell.

“We will ensure the bell, which has been so expertly conserved, will have pride of place in its display case within our visitor center.”