Seebyte to Participate in The Royal Navy’s Unmanned Warrior Exercise 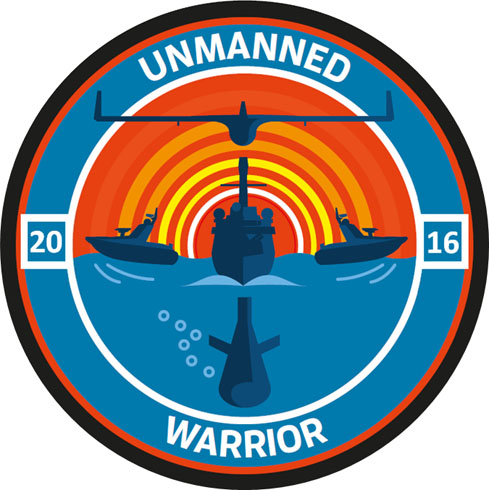 SeeByte’s software forms the core components of the Hell Bay 4 and MCM Challenge elements of Unmanned Warrior. The aim of these exercises is to develop and push the capabilities of autonomous systems, squad control and demonstrate how they may be applicable to defence applications.

As part of the MCM Theme, SeeByte is partnered with BAE Systems, QinetiQ and Thales to demonstrate the Maritime Autonomous Platform Exploitation (MAPLE) project. SeeByte has enhanced its fleet management system to provide enhanced autonomous capabilities for UUVs as its contribution for this project. This is a critical capability required in order to field UUVs alongside other assets.

MAPLE enables control of a fleet of UUVs from a single workstation, fully integrated with the RN deployed Combat Management System, through definition available assets, mission goals and objectives and no-go areas. This is a much simpler process than having to define long sequences of waypoints for each of the UUVs. Fleet operators will also be able to adapt the paths and behaviours of the vehicles in the squad according to feedback from the environment.

Adapting to the environment is a critical part of the technology capability which will be demonstrated during Hell Bay 4 which is run in conjunction with The Technical Cooperation Program. TTCP is an international organization that collaborates in a number of areas: defence scientific and technical information exchange, program harmonization and alignment, and shared research activities for the governments of United States, United Kingdom, Canada, Australia and New Zealand.

In Hell Bay 4 SeeByte will be supporting the US Navy Lab of Space & Naval Warfare Systems Command Warfare Center Systems Center Pacific (SPAWAR-SSCPAC), the Defence Research and Development Canada (DRDC) and the UK’s Defence Science and Technology Lab (Dstl). SeeByte’s Neptune software will form the basis of the autonomy engine of the Maritime Architecture Framework (MAF) to facilitate autonomous collaboration between unmanned assets from multiple nations. MAF provides advanced autonomous capabilities and allows fleets of UXVs, both surface and subsurface, to be managed from a single command station. The main focus will be over-the-horizon multi-squad operations allowing autonomous marine assets, both subsea and surface, to communicate and report on shore via an unmanned aerial vehicle. SeeByte will also be providing signal processing solutions for Automatic Target Recognition of live sidescan feeds.

Using SeeByte’s Neptune, which already forms the basis of UK Maritime Autonomy Framework (MAF), the intended outcome is for autonomous maritime systems to adapt and change to the external environment and mission requirements.

Alastair Cormack, Technical Client Manager for SeeByte commented “Unmanned Warrior is a fantastic exercise for the UK to demonstrate its capabilities in the unmanned warfare domain. The solutions presented at the exercise really are best of breed, and firmly cement the UK as one of the most innovative countries in the world when it comes to unmanned technology. Unmanned systems are increasingly featuring in military operations as advancements in autonomy mean that sophisticated systems are reliable alternatives for frontline operations. Unmanned Warrior is a great opportunity for SeeByte’s dedicated team of autonomy experts to show the world what is possible for unmanned systems”.