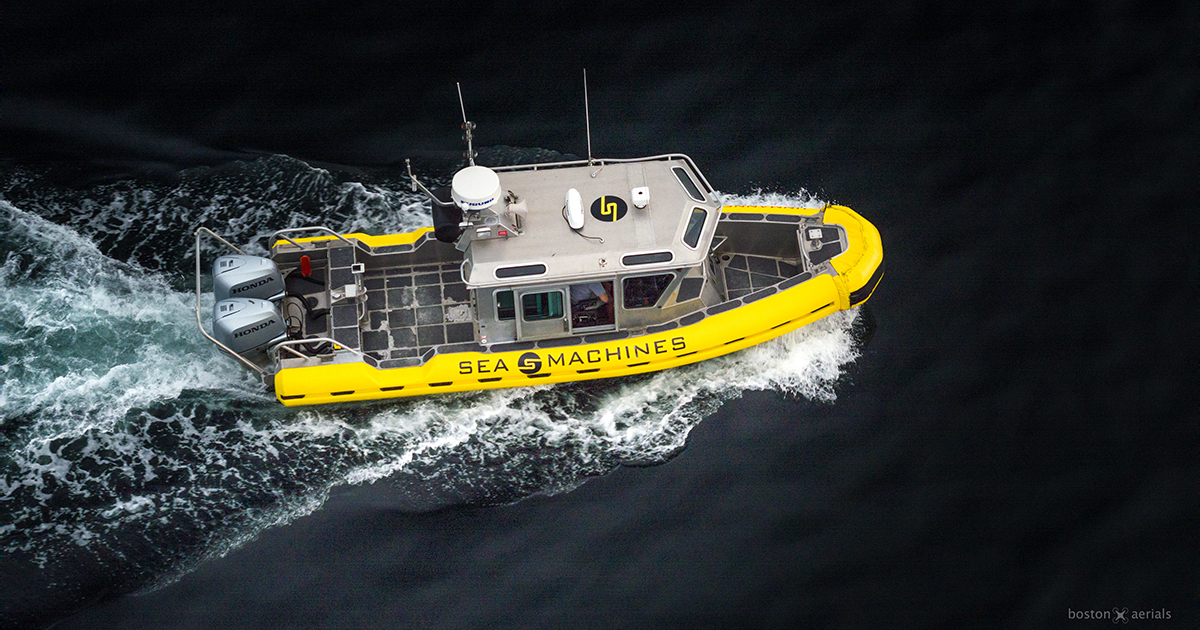 The investment marks one of the largest venture rounds for a marine- and maritime-focused technology company and brings the total capital Sea Machines has raised to $12.5M. Sea Machines will use the funds to expand the sales and global reach of its recently released line of products, grow the R&D and engineering teams, roll out new product feature sets, and further the company's lead in developing advanced situational awareness systems for vessels.

The industrial marine sector encompasses a broad domain of significant industries, such as maritime transportation, offshore energy, and commercial fishing and aquaculture. Though each are major contributors to the global economy, they commonly operate near or below break-even, in large part due to continued reliance on 20th-century methodologies and technologies. Today’s autonomous technology offers proven solutions to these challenges, and is already being used to retool and modernize the industry for the better.

"We are creating the technology that propels the future of the marine industries. This investment enables us to double down on our commitment to building advanced command and control products that make the industry more capable, productive and profitable," said Michael Gordon Johnson, founder and CEO, Sea Machines. "This backing is another signal that Sea Machines is the unquestioned leader in the space and is playing an integral role in the revolution of marine and maritime operations driven by technology.”

"At Toyota AI Ventures, we believe that autonomous mobility can help improve people's lives and create new capabilities – whether on land, in the air or at sea," said Jim Adler, founding managing director, Toyota AI Ventures. "Sea Machines’ autonomous technology and advanced perception systems can reduce costs, improve efficiency and enhance safety in the multi-billion dollar commercial shipping industry. This marks our first investment in the maritime industry, and we're excited to embark on this journey with Sea Machines."

“Eniac Ventures is excited to back Michael Johnson and the Sea Machines team – the leading maritime and robotics experts solving this industry’s most critical issues, including labor, safety, efficiency and cost,” said Vic Singh, founding general partner, Eniac Ventures. “The level of traction they have from the global maritime industry is a telltale sign that the industry is the next frontier for autonomy. We’re excited to support them as they scale in this important phase of their journey.”

"I think this investment sends a strong signal on the types of technologies that will come to define the maritime industry in the future," said P. Michael A. Rodey, senior manager, A.P. Moller-Maersk.

In October, Sea Machines released its introductory line of autonomous command and remote control systems, developed for the demanding challenges of vessels serving the offshore commercial, scientific and government applications. The SM product series is available now and can be installed aboard existing or new-build commercial vessels with return on investment typically seen within a year.