Sea Machines Robotics, a Boston-based developer of autonomous vessel technology, announces that it has hired Peter Hjarbaek Holm, European Director, to manage its new Hamburg, Germany, office. In the position, Holm has primary responsibility for deployment of the company’s Sea Machines 300 technology in Europe, connecting with vessel builders and operators, as well as hiring and managing a local team.

He also has special oversight for the collaborative Sea Machines/Tuco Marine pilot program, which is currently testing the autonomous technology aboard ProZero workboats. 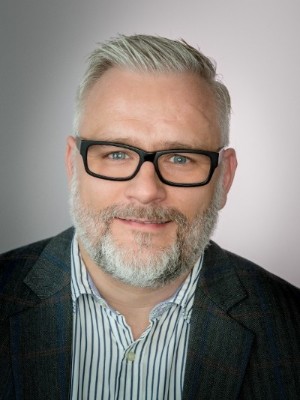 Since 2015, Holm has provided consultancy to the company as a commercial agent for European markets. He now reports to CEO Michael Johnson from the Boston office.

“Peter brings more than 20 years of maritime experience to the position of European director,” said Michael Johnson, founder and CEO, Sea Machines. “He is fluent in several languages and is extremely proficient in the marine technology and engineering. I have full confidence that Peter will advance relationships with our European partners and customers, and ensure a successful launch of the Sea Machines 300 technology system to the surrounding markets. We formally welcome him to the team and look forward to the progress he will make from Hamburg.”

Other relevant experiences include Holm’s roles as regional commercial manager for Jumbo Maritime, based in Schiedam, Netherlands (2017 to early 2018); general manager, projects, for United Heavy Lift GmbH & Co. KG, in Hamburg (2015 to 2017); and roles of increasing responsibility at SAL Heavy Lift, in Hamburg (2011 to 2015). Prior to that, he worked as a project manager/technical adviser and project department manager for Deugro, in Herning, Denmark (2004 to 2011); held positions in sales, chartering and operations for Martin Bencher, of Aarhus, Denmark (2001 to 2004). He began his maritime career as a shipping clerk for Niels Winther Shipping, of Denmark (1997 to 2001).