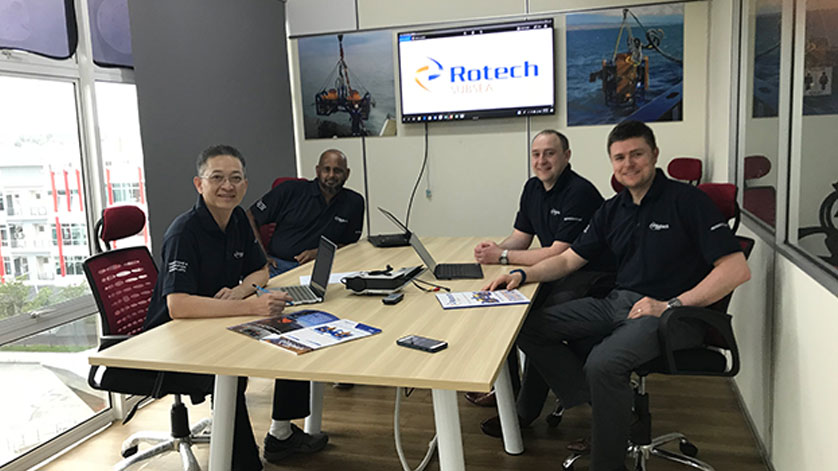 Rotech Subsea’s recent successful free-span correction project in the Yangon field, has led to such a stream of enquiries that they have established a local company, Rotech Subsea Asia Sdn Bhd, and opened an office in Kuala Lumpur, Malaysia, to meet demand.

Basing a brand new spread of their ground breaking RS excavator range there, and taking on several local employees, demonstrates Rotech’s commitment to, and expectations of, the Asian market. 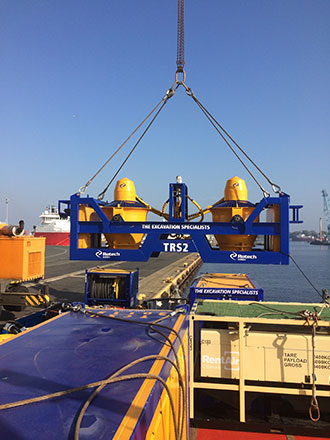 The project, in which Rotech was contracted by Pathfinder with MOGE as the end client, saw a TRS2 spread deployed from the UK to the Yangon field, Myanmar, for a 2-3 week free-span correction project on a live 24 inch pipeline, the largest export pipeline into Yangon. With accuracy critical due to the free-span’s range from just 0.1m up to 0.7m, the client chose to import Rotech’s TRS2 tool due to its unrivalled power and controlled flow.

The local presence now means that Rotech’s RS range of excavators, which boast higher performance capabilities than other tools on the market, are now available for quick mobilization for IRM works in the region as far afield as China, Indonesia, Australia and India.

Speaking about the Asian expansion, Director of Subsea, Stephen Cochrane, said: “On the back of the Myanmar project for MOGE, our Asia team has been inundated with enquiries - including at the recent OTC and AOG trade shows.

“The MOGE project was significant because the client chose to import the Rotech team and our TRS2 CFE spread despite there being other competing equipment available in country. It is a prime example of Rotech Subsea establishing itself as the partner of choice in the region not just for IRM scopes - where Rotech has earned a reputation as having the most effective remedial tools on the market - but for entire scopes of work where the Rotech Subsea team manages the survey, vessel & tool operations in-house, bringing greater efficiencies to clients.

“Now word is spreading that we have a base in the region with an experienced team and our new range of RS spreads, we have been taken aback by the interest and look forward to growing our presence in Asia.”