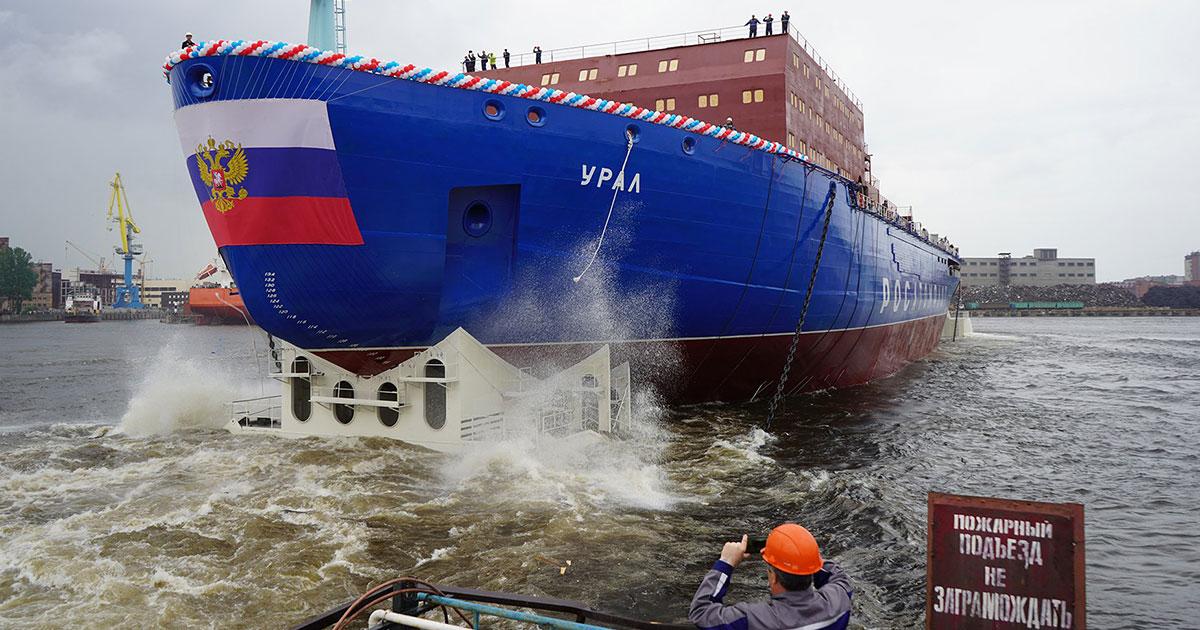 With the ceremonial launch of the nuclear-powered arctic ice breaker ‘Ural’ today, Russia’s nuclear energy giant, ROSATOM, has completed another step towards ensuring all-year round navigability of the Northern Sea Route (NSR).

Commenting on the 25 May 2019 ceremonial launch, ROSATOM Director General, Alexey Likhachev, said: “The ‘Ural’ together with its sisters are central to our strategic project of opening the NSR to all-year activity. Our goal for 2024 is for more than 80 million metric tons of shipments to pass through the NSR. We also plan to add two more project 22220 ships to our nuclear icebreaker fleet by 2027. The contract for construction of these icebreakers is expected to be signed by the end of this August.”

The 173 meter-long ‘Ural’ is equipped with two highly efficient and compact RITM-200 nuclear reactors on board, capable of generating up to 350MW combined, allowing the ship to break through ice as thick as 3 meters. The cutting edge RITM-200 type reactor makes its world debut on the ‘Ural’ as well as on its sister vessels from the 22220 project, the ‘Arktik’ and the ‘Sibir’, before ROSATOM deploys it in floating and landlocked nuclear power plants.

Another unique feature of the project 22220 vessel, including the ‘Ural’, is its dual-draught design. Ballast tanks inside its hull can be adjusted to alter the ship’s draught depending on whether the vessel needs to navigate the Arctic sea or shallow river estuaries. With this design solution, ROSATOM is essentially getting two types of ice breakers for the price of one, representing a potential cost saving of hundreds of millions of dollars.