Oceans 17 Attracts Hundreds of Delegates from Across the Globe 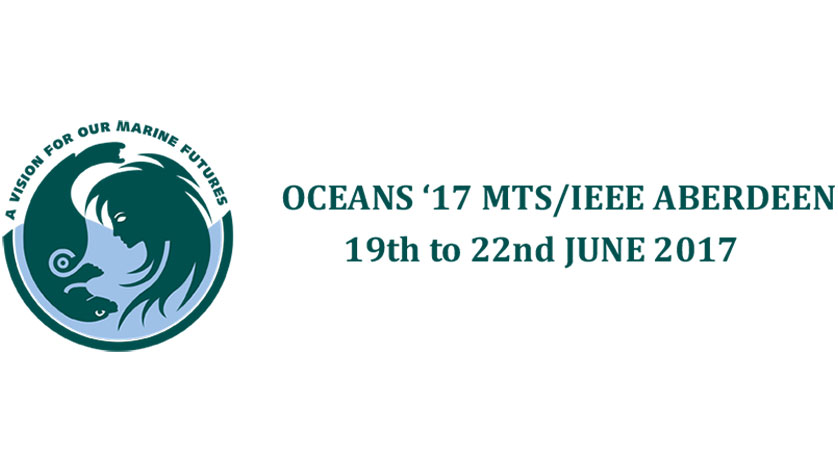 Almost 800 delegates from over 25 countries attended the 60th OCEANS '17 MTS/IEEE conference at the Aberdeen Exhibition and Conference Centre (AECC) in Aberdeen June 19-22.

Sponsored by the Marine Technology Society (MTS) and the IEEE Oceanic Engineering Society (OES), Oceans is the premier ocean engineering forum for the international marine community to meet and discuss topical issues.

The four-day conference featured over 43 exhibitors from across Europe, Canada, the US, China, Japan and Singapore. The Gold Patron for Oceans 17 was industry body, Subsea UK. Over 480 marine technology papers were presented on a range of topics including subsea engineering and operations, optical sensing, imaging and instrumentation, fisheries and aquaculture. The event also explored the latest marine and renewable technologies as well as unmanned underwater vehicles for defence applications.

“The overall conference was a great example of local Scottish marine technology, and, at the same time, it brought marine science and technology experts from around the globe to Aberdeen,” said Professor John Watson, Chair for OCEANS Aberdeen.

The plenary session featured distinguished speakers form the world of ocean science, technology and management, including Professor Anne Glover from the University of Aberdeen, Dr Stef Kapusniak of SMD, Dr. Gareth Davies of Aquatera, and Dr Eric Delory from Plocan. Neil Gordon, chief executive of Subsea UK said: “There is no doubt that new technologies are opening up opportunities in deeper waters, but we need professionals from all disciplines in the marine community to establish relationships, share ideas and collaborate on a global scale to ensure sustainability. Our oceans are the largest ecosystems on Earth and we must protect them to survive and prosper.”

Donna Kocak, president of MTS, said: “We were delighted with the venue, conference, and the quality of the attendees. Oceans has an amazing 60-year history and an equally bright future.”

More information on the OCEANS Conference.

July 2015 was Warmest Month ever Recorde

Collaboration to Measure Microplastics i

Collaboration on Tracking and Registerin

Prysmian to Participate in the 2020 Vend