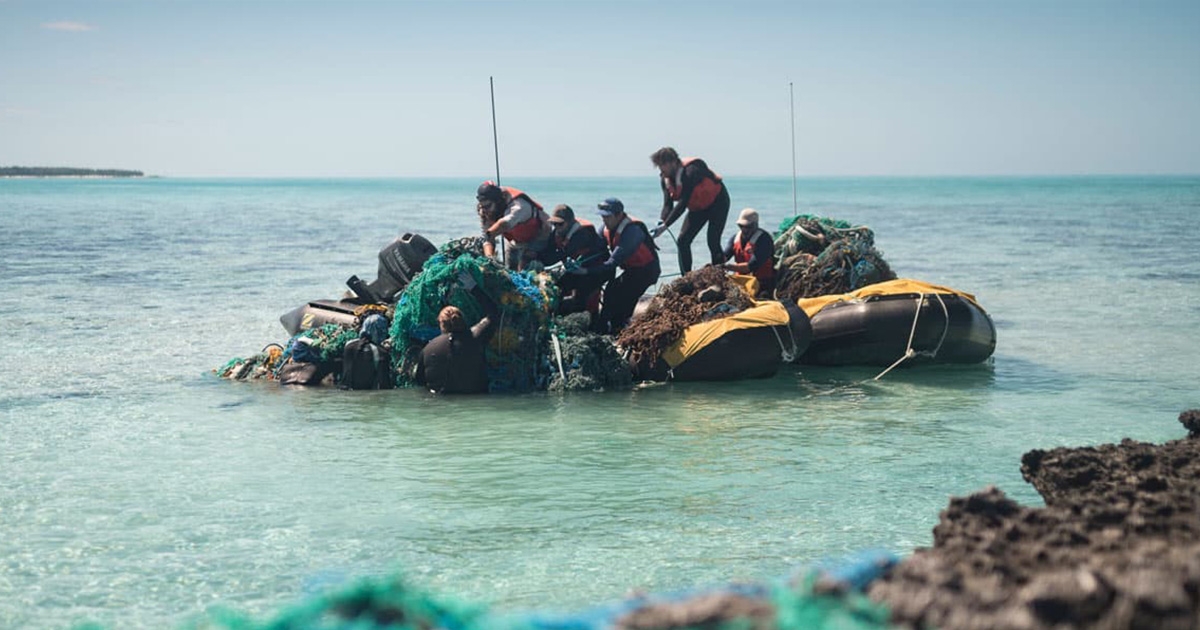 The five grants will leverage $1.3 million in matching contributions to generate a total conservation impact of $3.9 million. NOAA support includes funding from the Bipartisan Infrastructure Law, and additional support is provided by the U.S. Fish and Wildlife Service.

The Papahānaumokuākea Marine National Monument, a UNESCO World Heritage site, encompasses a remote group of islands, reefs and atolls in the northwestern sector of the Hawaiian Islands. The site is home to thousands of species of fish and wildlife, some that are found nowhere else, including threatened and endangered species such as the Hawaiian monk seal, green sea turtle and Laysan albatross.

“Healthy habitats are vital for addressing the climate crisis and strengthening the resilience of coastal communities,” said U.S. Secretary of Commerce Gina Raimondo. “The public-private partnership between NFWF, NOAA, and Marc and Lynne Benioff, leveraged with Bipartisan Infrastructure Law funding, is a transformational opportunity to invest in and help protect this sacred Native Hawaiian landscape.”

Marine debris removal is of critical importance to both the natural and cultural components of the monument. Papahānaumokuākea is a sacred Native Hawaiian landscape and is home to numerous important archaeological sites. The funds awarded today will significantly increase efforts to reduce the amount of marine debris that threatens the monument. The project will also develop and test new tools and techniques that can help increase the efficiency of these removal efforts, such as using uncrewed aircraft systems and satellites to help locate debris.

“The low-lying atolls of Papahānaumokuākea Marine National Monument are extremely susceptible to sea-level rise, reducing available nesting and haul out areas for endangered seabirds, sea turtles and monk seals,” said Jeff Trandahl, executive director and CEO of NFWF. “But what people might find more surprising is the threats that come from around the Pacific Ocean in the form of lost fishing nets and other marine debris that entangle these animals and damage these fragile habitats.”

One of the projects supported this year will continue an effort to remove marine debris from the monument that has taken place since 1996, but this new investment will scale up removal work, build capacity for a sustainable multi-year program and incorporate lessons and efficiencies learned from more than 20 years of experience and data. The grant will enable the removal of over 500 metric tons of debris in coming years.

“Marine debris is a global issue that poses immense challenges to nature, human health and the economy,” said NOAA Administrator Rick Spinrad, Ph.D. “Working with NFWF and Marc and Lynne Benioff to leverage the Bipartisan Infrastructure Law funds for marine debris removal is an important step in helping these habitats recover and stay healthy.”

Other projects supported on this slate will seek to protect the monument from a biological threat: an outbreak of an invasive and smothering form of algae that is severely affecting marine habitats at the northern end of the monument. This algae forms in thick mats that can cover large areas of coral reefs. Funds will continue research into how the algae spreads and what drives the outbreaks while working with managers and those in the monument on practical guidelines to prevent its spread to other areas.

“Papahānaumokuākea is the largest conservation area in the United States, and one of the greatest assets of the Hawaiian Islands,” said Marc and Lynne Benioff. “It’s our honor to be able to support its continued preservation and conservation.”

All five grants were awarded through the Papahānaumokuākea Research and Conservation Fund (PRCF), a partnership between NFWF and NOAA’s Office of National Marine Sanctuaries. In its first five years, the PRCF has invested more than $5.4 million across 13 projects, leveraging more than $4.5 million in support of the monument’s natural resources for a total conservation impact of nearly $10 million. A complete list of the 2022 grants made through the PRCF is available here.