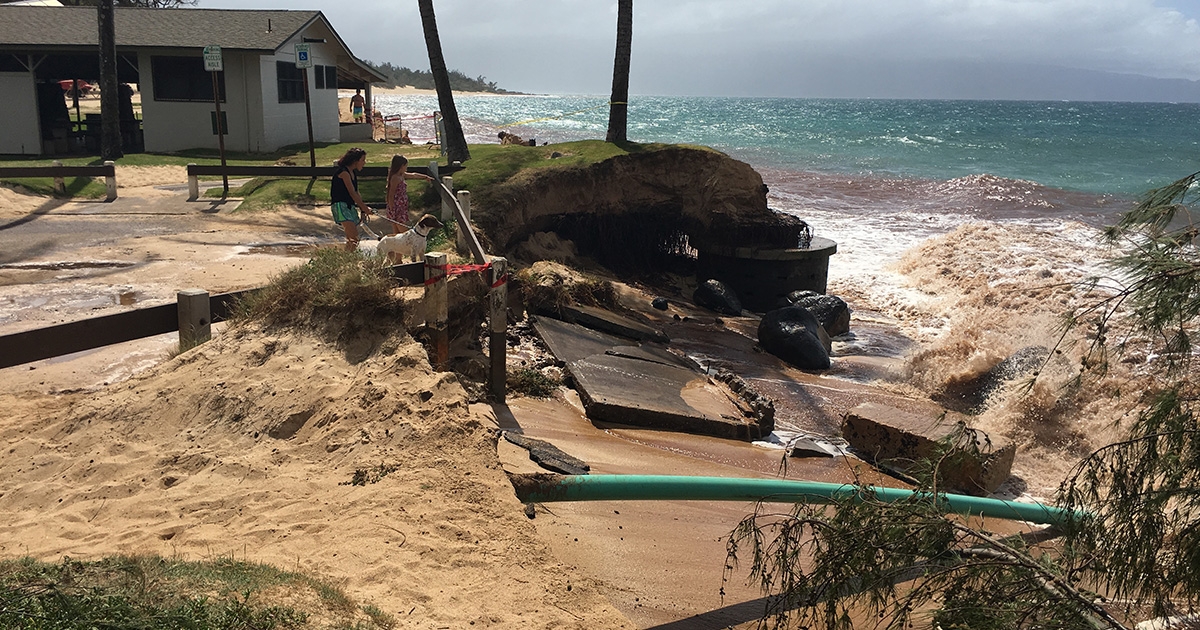 These grants will support the design and implementation of projects to enhance the resilience of coastal communities and improve habitat for fish and wildlife in Hawai‘i, Maine, New Jersey, Ohio, Rhode Island, South Carolina and Virginia. The eight grants announced will leverage more than $3 million in matching contributions for a total conservation impact of $11.1 million.

The grants were awarded through the National Coastal Resilience Fund (NCRF), a partnership between NFWF, NOAA, Shell, TransRe, and Occidental, with additional funding from the U.S. Department of Defense (DoD), the Bezos Earth Fund, and also using funding from the Bipartisan Infrastructure Law. NFWF worked to award an early slate of grants in August, ahead of its standard annual award date, so that communities experiencing increasing impacts from rising seas, more intense storms, and other coastal hazards would have funding to spend towards resilience projects. In 2022, NFWF anticipates investing approximately $140 million in grants through the NCRF once additional awards are announced in November.

“Maintaining and rehabilitating our coasts is critical for the health and economic wellbeing of coastal communities, especially in the face of impacts from climate change like flooding and extreme storms,” said U.S. Secretary of Commerce Gina Raimondo. “Thanks to funding from the Bipartisan Infrastructure Law, the Biden Administration is making meaningful long-term investments that will strengthen coastal communities and allow them to flourish for generations.”

“As coastal communities face growing threats including coastal flooding and hurricanes, communities need resources immediately to help them reduce threats and increase resilience,” said Jeff Trandahl, executive director and CEO of NFWF. “The Foundation has worked extremely hard to provide this funding as quickly as possible to help these communities bolster their natural defenses to current and future storms, while also enhancing the coastal habitats that are so vital to both communities and wildlife.”

“Climate-driven floods and storms threaten all coastal communities, and these locally-driven projects are critical for developing effective natural infrastructure,” said NOAA Administrator Rick Spinrad, Ph.D. “By investing in local communities, we invest in our nation’s resilience.”

The projects supported by the eight grants announced will restore and enhance a diverse range of coastal habitats, including wetlands, dunes and tidal rivers, that are vital to the survival of many fish and wildlife species and provide natural buffers for communities against storms and other coastal hazards. These awards build on previously funded NCRF projects and will support efforts of the grantees to finalize project designs and implement important nature-based coastal resilience projects across the country.

NFWF, in partnership with NOAA and joined initially by Shell and TransRe, launched the NCRF in 2018 to support on-the-ground projects to engage communities and reduce their vulnerability to growing risks from coastal storms, sea-level rise, flooding, erosion and extreme weather through strengthening natural ecosystems that also benefit fish and wildlife.

A list of the 2022 National Coastal Resilience Fund early-slated grants is available here.