NEC Receives Award from ITU-AJ for Its Subsea Cable Accomplishments 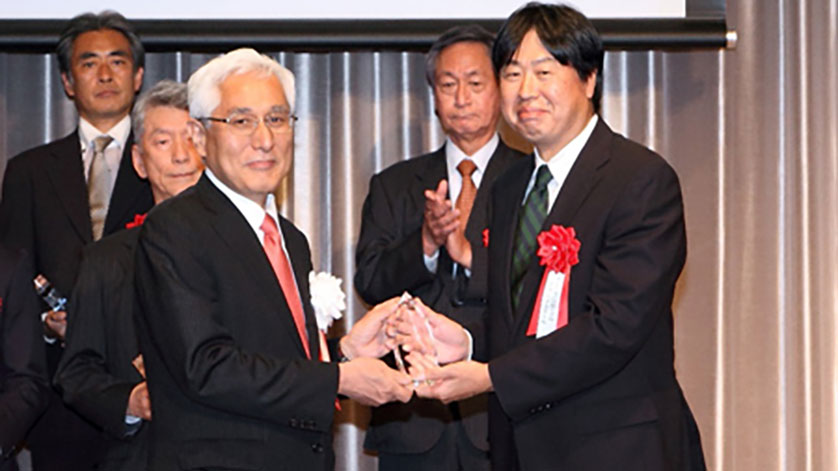 NEC Corporation announced that its International Submarine Cable Project Team has received an Accomplishment Award from the International Telecommunication Union - Association of Japan (ITU-AJ) for its leading role in constructing subsea telecom cables to connect continents and communities.

The ITU-AJ presented the award in recognition of NEC's "contribution to building of indispensable social infrastructure" on the 49th World Telecommunication and Information Society Day. The ITU-AJ also highlighted that nearly 100 percent of international telecommunication networks are now comprised of, and operate on, optical submarine cables.

"When NEC took its first steps in this industry in 1968, only a very few people in the world could ever expect to make or receive a trans-oceanic telephone call," said Makoto Saitoh, Chief Executive Project Manager of NEC's Submarine Network Division, who received the Award and Trophy on behalf of the team. "Now a large proportion of the world's population can easily and affordably communicate via a myriad of video, voice and data services. This award from the ITU-AJ recognizes the achievement of NEC's cable pioneers in contributing to this progress - today, one-third of the world's telecom cable systems has NEC's name on it. It is a great honor to receive this prestigious award from the ITU-AJ."

NEC has been involved in the submarine cable system business for more than 40 years and is now recognized as one of the world's top submarine cable vendors. Including the current construction of the SEA-US cable, the first 100Gbps trans-Pacific cable, NEC has laid a total of more than 250,000 kilometers of cable—the equivalent of more than six trips around the earth's equator.

May 17, adopted in 1968 as World Telecommunication Day, marks the anniversary of the signing of the first International Telegraph Convention in 1865 and the founding of the ITU. In 2005, the World Summit on the Information Society (WSIS) called upon the UN General Assembly to declare 17 May as World Information Society Day, which was followed by the resolution adopted by UN General Assembly in 2006. In November 2006, the ITU decided to celebrate both events on 17 May as World Telecommunication and Information Society Day (WTISD). Since then, WTISD has been celebrated annually on that date in many countries in the world. The purpose of WTISD is to help raise awareness of the possibilities that the use of the Internet and other information and communication technologies (ICT) can bring to societies and economies in the world, as well as of ways to bridge the digital divide.