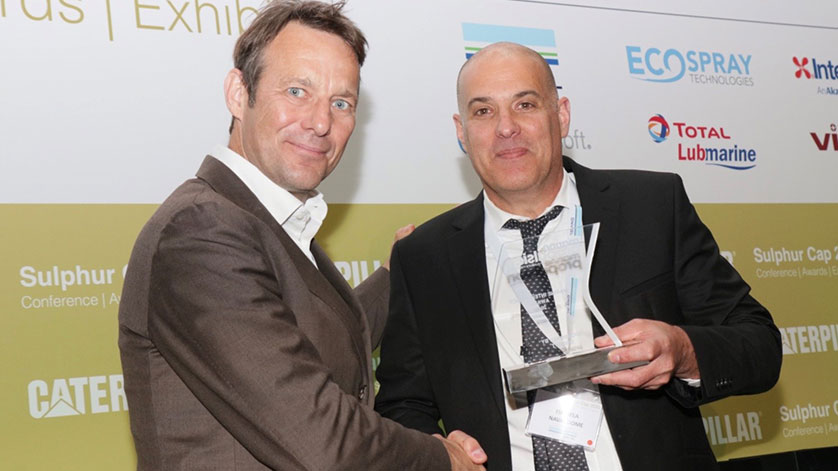 The Maritime Intelligence Award, sponsored by OSISoft, is bestowed on companies or individuals that have developed a product, system or process that optimizes the use of data, communications or other IT technology. The winning entry must demonstrate how the use of its technology has significantly improved a ship’s or fleet’s efficiency, economy or operation.

Speaking after collecting the award, Naval Dome CEO Itai Sela, said: “We are thrilled to have won this award so soon after the official market introduction of our new technology, in 2017, and the day after confirming a fleet wide agreement with Stamco Ship management, the largest maritime cyber defence contract we have signed to-date.

“I am in no doubt that this award and our recent order will raise awareness of the vital importance of protecting ship systems from a cyber-attack. The systems and technology cyber criminals use is now so advanced that the shipping industry needs similarly advanced protection to prevent any system breach or intrusion. Anything less is like taking a knife to a gunfight.”

During trials, Naval Dome performed a series of cyber-attacks on live navigation systems, engines and other machinery control systems. The attack was able to shift the vessel’s reported position, mislead the radar display, turn on and disable machinery, and override the fuel control, steering and ballast systems. In a second test using the MCPS software, the same attack was carried out, but the hack was unsuccessful, unable to penetrate any of the ship’s systems.