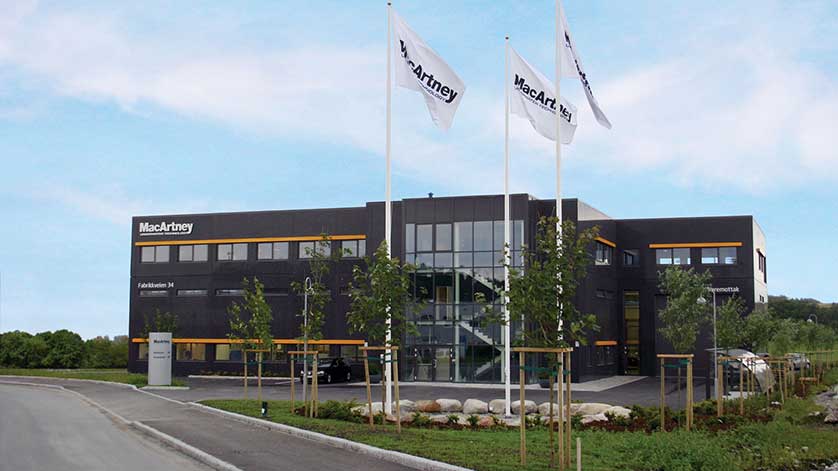 Bjørn has been acting as MacArtney Norge AS Managing Director since August 1st 2018.

Having recently returned from almost a decade in Houston, Texas, as the Director of Innovation Norway and consultant to Norwegian Oil & Gas companies establishing a presence in the Gulf of Mexico, Bjørn has been enhancing business strategies and networks for many years.

The first chapter of Bjørn’s story began in the late 80s with both onshore and offshore projects, and commissioning activities, followed by management positions within his own contracting company. Eventually, Bjørn’s knowledge and skills took him across the Atlantic.

Initially working in Houston, Texas, as Commercial Consul at the Royal Norwegian Consulate General until 2013 and finally as a US advisor until 2017. The years prior to this saw time spent as Managing Director of Viking Life-Saving Equipment Norge AS.

Bjørn’s narrative has always been one of growth and vision as reiterated in Bjørn’s own words on joining MacArtney,

“I am honoured to take on this position and will focus on developing the organisation to cater for long-term growth. After some challenging years, we now see that there are signs of optimism in the market and that our customers are expecting a significant growth. We have an experienced and highly competent group of employees, and we are hiring staff, both in sales and production, as well as investing in new production equipment”.

“We are delighted to welcome Bjørn to MacArtney Norge AS to begin a new chapter of growth and prosperity. Having just celebrated our 40-year anniversary Bjørn joins us at a poignant time as we look to the future and continue to tell the MacArtney story.”