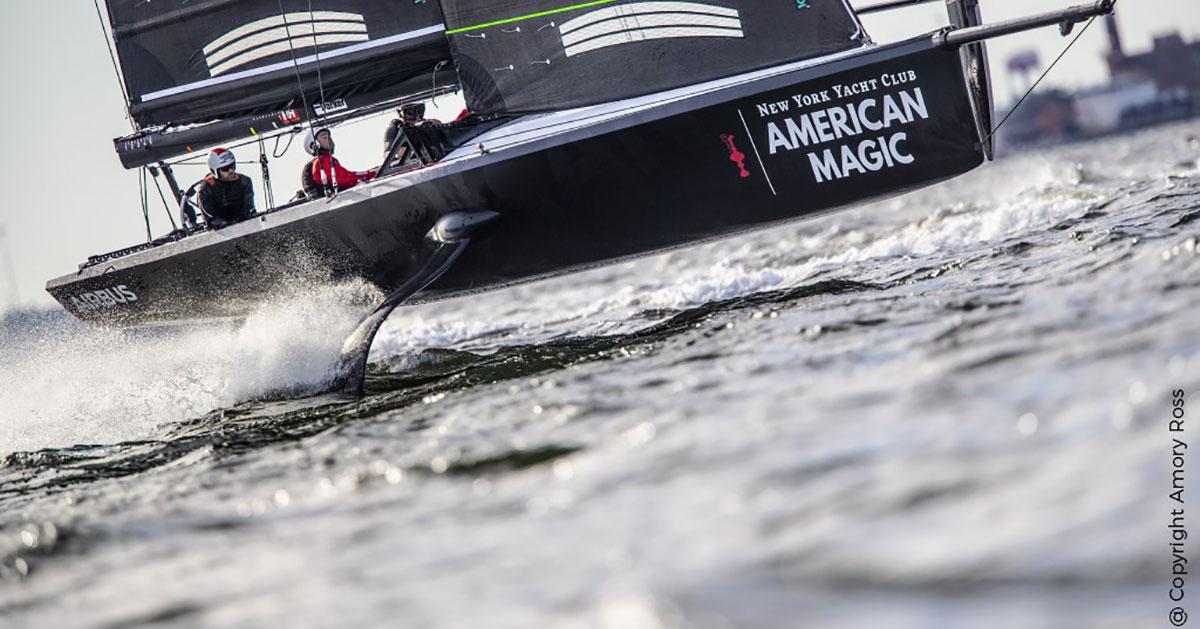 iXblue, a global leader in the design and manufacturing of innovative solutions and services devoted to navigation, positioning, and imaging, has been announced as an Official Supplier of New York Yacht Club American Magic, a professional sailing team seeking to win the America’s Cup. iXblue’s has provided the team with cutting-edge, resilient and virtually maintenance-free inertial navigation systems, Hydrins and gyroscopic compasses Quadrans.

Designed for use in the most hostile and challenging industrial applications, from ocean depths to outer space, all iXblue systems boast the signature of reliability, flexibility and accuracy required to deliver extremely high-precision navigation under competitive racing conditions. Benefiting from iXblue's revolutionary Fiber-Optic Gyroscope (FOG) technology, Quadrans gyroscopic compasses and Hydrins inertial navigation systems are solid-state and feature strap-down technology, which makes them perfectly suited for the harsh environment of a racing yacht.

“iXblue products lead the navigation industry, and our experienced design team relies on them daily,” said Terry Hutchinson, Skipper and Executive Director of American Magic. “We are very excited to have iXblue with us for this campaign, and to work with them to find innovative ways to use the unique data they can provide.” Indeed, iXblue’s units’ open architecture guarantees seamless interfacing with all major GPS systems and third-party navigation systems. Working in tandem with the raceboat's GPS system, they deliver accurate real-time heading, pitch, roll and speed data, enabling the team to optimize the yacht’s performance at all time.

“We are very proud to participate in this exciting adventure and to support American Magic Team in their challenge to win the race by helping them getting the most accurate data,” comments Marine Slingue, iXblue VP North America.

The America’s Cup is the oldest event in international sport, and the highest prize in sailing. The 36th edition of the event, which began in 1851, will be held in March 2021 in Auckland, New Zealand. American Magic’s primary training base is in Newport, Rhode Island, with the team also maintaining a winter base in Pensacola, Florida.