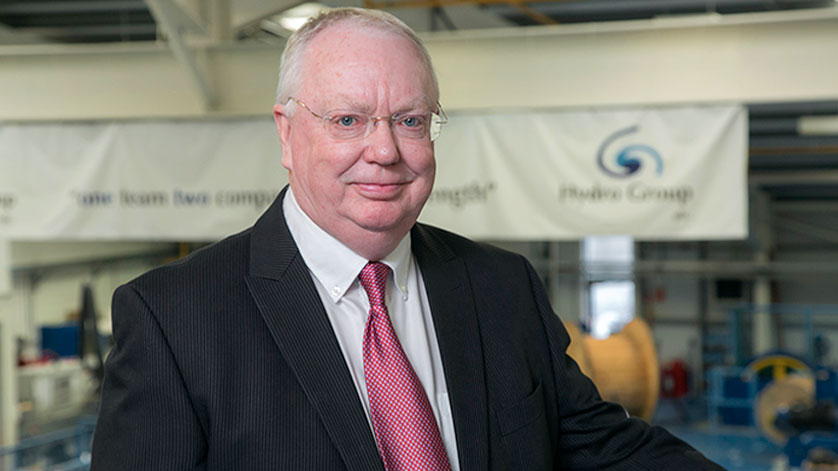 Managing Director of subsea cable and connector specialist Hydro Group plc, Doug Whyte, has been announced as a finalist in this year’s EY Entrepreneur of the Year award in the sustained excellence category.

Celebrating its 20th year, the Awards recognize successful entrepreneurs who are making a positive impact on their society and economy. A total of 23 individuals from 21 Scottish organizations will compete across five categories, with the overall winner to be announced at a ceremony in June at Gleneagles.

Founded in 1982, Hydro Group is at the forefront in the development and innovation of subsea product technologies, with involvement from prototype concept through to design, manufacture and project management.

Since, Doug Whyte has grown the company into a Group of two design and manufacture businesses – Hydro Bond Engineering and Hydro Cable Systems – all which are supported by two subsidiaries, Singapore-based Hydro Group Asia, and US-based Hydro Group Systems.

Commenting on the award, Doug Whyte said: “It is a huge honour to be shortlisted for this business accolade, and I am humbled to have been recognised by some of the most influential business leaders today.

“Hydro Group has experienced rapid growth over three decades of business, which wouldn’t have been possible without my dedicated team. I’ve been lucky to work with some of the most fantastic and enthusiastic individuals throughout my career and whilst it’s satisfying to look back at my time in the industry, it’s much more interesting to look forward and consider that now is the time to support the development of new technologies and innovations.”

Emily MacPherson — Director of Sales, Me