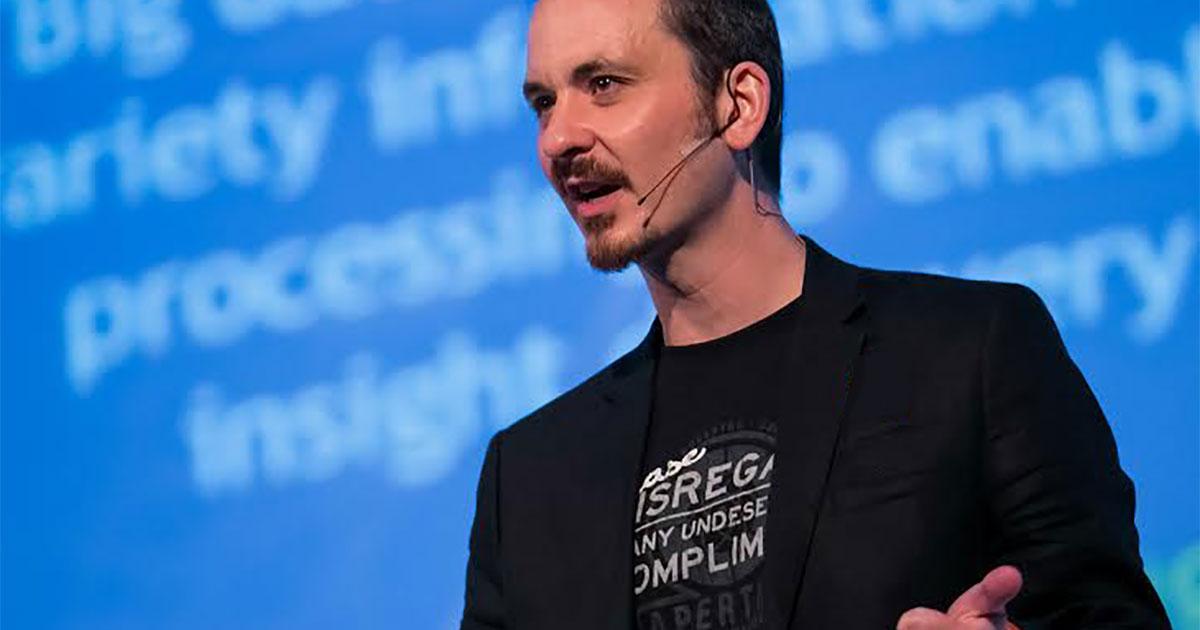 A globally-renowned technology futurist who focuses on emerging trends and their impact on business and wider society has joined the team at WFS Technologies, a world leader in Subsurface Internet of Things (IoT) and edge computing networks for the energy and smart city industries.

Theo Priestley takes up the role of chief marketing officer at WFS Technologies and is already lined up to speak at a number of key industry conferences including this month’s Digital Oilfield event in Aberdeen, and the International IoT and Digital Transformation for Oil & Gas conference to be held in Amsterdam in June.

Widely recognised as a thought leader and evangelist on emerging technologies, Theo has written more than 100 articles for publications including WIRED, Forbes, Venturebeat, Huffington Post, The European, as well as provided commentary for BBC Radio and UK national television.

Brendan Hyland, founder and chairman of WFS Technologies, said: “Theo is a fantastic fit for the team because he shares our vision and passion for how next generation technology, which has already transformed our daily lives, can significantly contribute to increased production efficiency and cost reduction as well as benefit asset integrity and late life extension.

“He brings yet another new dimension to our business, reinforcing our focus on building our market position for future global expansion. As a tech futurist, who is widely regarded internationally by his peers, Theo has an impressive network of connections and we look forward to seeing how this further supports our ambitious business plan.”

Theo, who has presented a TED talk about the impact of AI to an audience of 2,000 in 2017 and also currently guest lectures at Columbia University’s Professional Studies course, said: “It is really great to be a part of the WFS journey at such an exciting phase of the firm’s growth. The energy industry, as well as that of defence and smart cities, are undergoing a massive transition at the moment and emerging technology plays a large part of that transformation.

“WFS has a rich heritage in creating real-time solutions under extreme conditions with its portfolio of unique and modular IOT applications, and its recent announcement of a world-first subsurface edge computing network proves the company is continually innovating and pushing forward with emerging technologies.I’m looking forward to supporting the team and company expand by helping to further drive its position and thought leadership in the industry.”

Theo has been a former vice president at global software companies, SAP and Software AG, and a mentor for startup accelerators including HTC Vive X.

His appointment is the third of three that WFS Technologies has made in as many months. Highly-regarded oil & gas and offshore wind subsea industry player, Moray Melhuish, joined the company as commercial director while former submarine engineer officer and underwater technologies sales director, Richard Adams, took up the post of sales channel director for the firm’s defence arm.

With over 350 patents applied for, WFS’s innovations are performing a crucial role towards helping clients to improve cost effectiveness and operational efficiencies by producing highly-sophisticated data which generate high-level intelligence and, in turn, allows more informed decisions.

Headquartered in Livingston, Scotland, WFS Technologies works with major oil & gas operators and offshore wind developers around the world and is actively planning to establish a research centre in Edinburgh. The research and development hub will be home to its leadership and technology team spanning a range of disciplines including mechanical, software and hardware engineers.