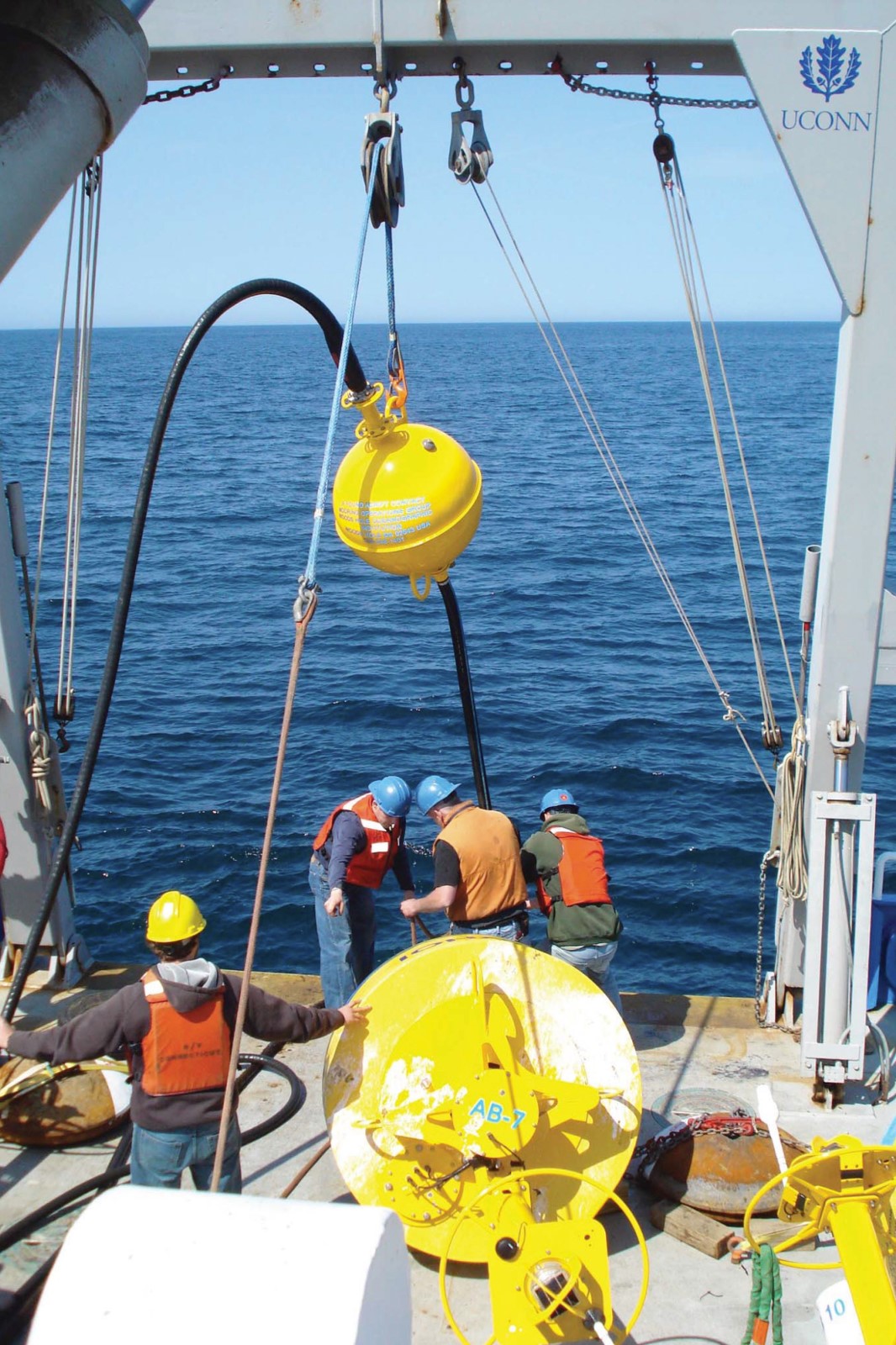 EOM Offshore is a mooring systems and component company based on technology developed by engineers at WHOI. The company was founded as a start-up in 2009 to commercialize fatigue-resistant hoses that have the ability to stretch two and half times their original length without disrupting the transmission of power and data to and from undersea sensors.

EOM Offshore’s patented Stretch Hoses accommodate the heave and surge of buoys on the ocean surface that are buffeted by winds, currents and waves, while contracting to their original size resulting in a small watch circle. This “stretchability” decreases the wear and tear on the moorings, extending the moorings’ lifespans. The hoses’ ability to absorb extensive motion at the top of the mooring also leaves mooring components below relatively motionless, providing a platform for a variety of different instruments such as hydrophones or environmental monitoring equipment that are movement and noise sensitive. 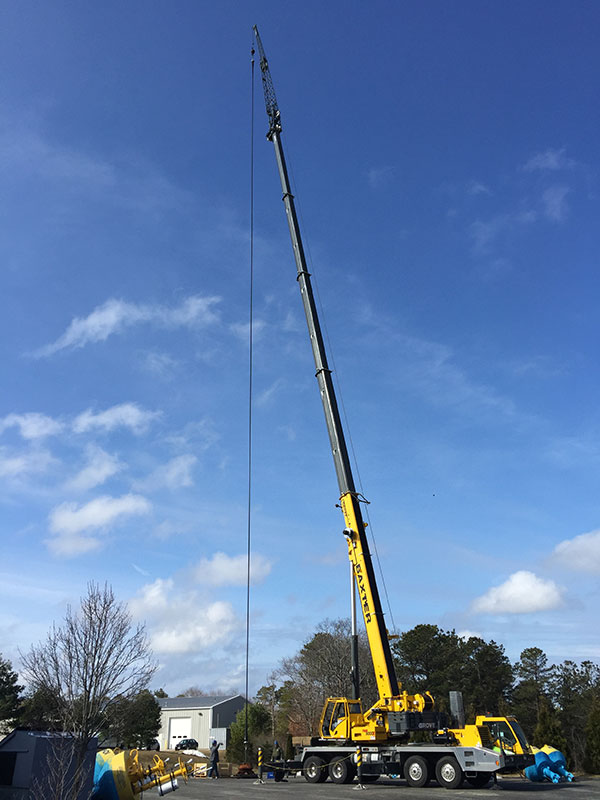 Varying EOM Offshore mooring applications used in conjunction with gliders and AUVs are being used in the NSF’s Ocean Observatories Initiative (OOI), a major oceanographic community project funded by National Science Foundation to establish long-term oceanographic platforms equipped with sensors that monitor ocean conditions 24/7 for decades. In addition, EOM Offshore mooring systems are currently being used to listen for endangered Right whale calls and transmit those signals to shore in order to warn ships of the whales’ presence and to help prevent lethal collisions. As growth continues in emerging offshore renewable floating power-generation platforms, EOM Offshore’s power-handling capacity and fatigue-resistant hoses offer key advantages to promote growth in this market.

“EOM Offshore is emblematic of advanced marine technology spawned at WHOI by its ingenious scientists and engineers. New ownership intends to work with those same brilliant founders to continue EOM’s product and service excellence while providing WHOI with an ongoing royalty stream that will contribute to WHOI’s continued ocean leadership,” says Dr. David Aubrey, CEO at EOM Offshore, himself a WHOI scientist for some 22 years.

EOM Offshore’s Growth in the U.S

InterDam Accelerates Growth with New Off

Offshore Industry Automation as An Oppor