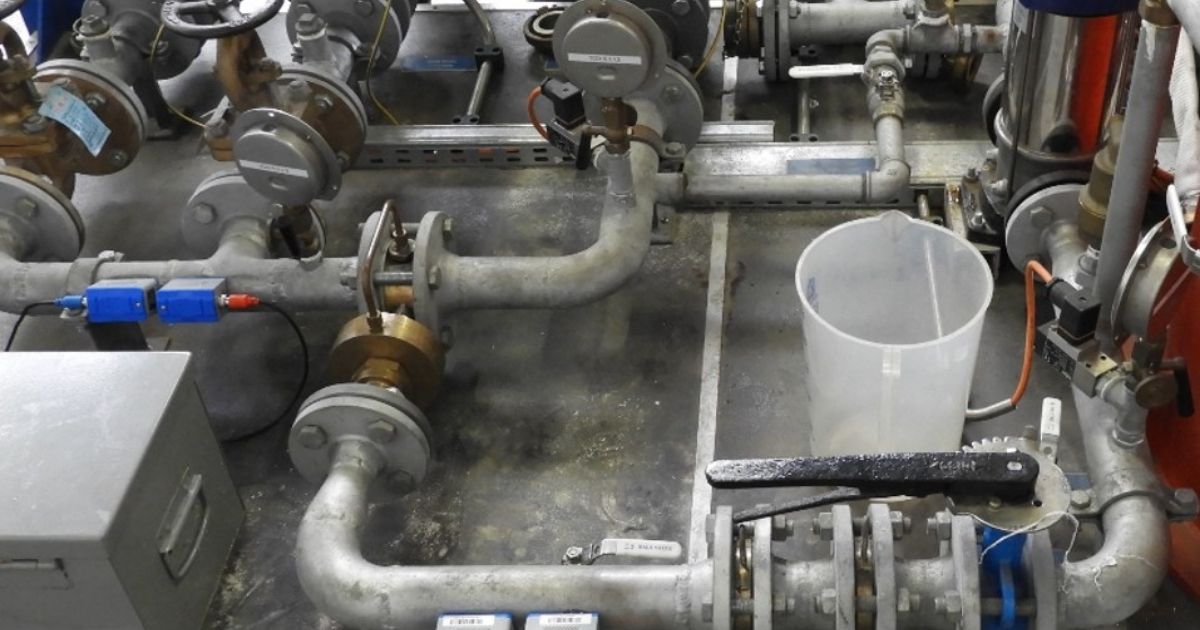 Foam proportioners or other mixing devices need to be tested every five years to confirm that the mixing ratio is within +30 to -10% of the nominal mixing ratio defined by the manufacturer.

Jan-Oskar Lid, Technical Sales Manager, Survitec, said: “We have developed a safe, environmentally sound and predictable test method removing a lot of the time and expense involved in foam sampling and testing. It delivers peace of mind to ship operators and crews.”

Unlike existing techniques, the Survitec method means testing can be performed while the vessel is berthed alongside, without having to discharge any foam overboard or send samples to testing labs.

Current test methodologies have to run the fire-fighting system with foam for at least two minutes, so there is a heavy consumption of costly concentrate, often resulting in the need to replace the entire tank volume. The produced foam is discharged overboard.

Survitec’s Produced Foam Live Test does not need to use the concentrate or produce foam in the test, using only seawater, which is more environmentally friendly than alternative solutions.

“Samples also have to be sent to a service station for testing and if the sample fails, then the foam proportioner has to be adjusted, and the process repeated, which makes other available solutions more costly and time-consuming, compared with Survitec’s new test process,” said Lid.

Most commercial ships and rigs will have a fixed system that uses foam to extinguish a fire, but the ratio of foam concentrate, and seawater has to be correct for the produced foam to work.

Service experience is demonstrating that wear and tear, plus aging of the foam mixing equipment, can have a negative effect on the correct mixing ratio given by the foam system.

On using the new ultrasound technique, Lid said: “All the crew has to do is ensure that a fire pump is running at the required capacity for the test’s duration. The procedure obviates the need to use the system’s foam concentrate.

“As no foam is used, there is no need to top up or refill the tank. And if any adjustments are required then the foam proportioner can be tweaked during the test and not in interludes, which can affect normal service.”

Survitec has now trained teams to use the new process at service stations in Singapore, Fujairah, Barcelona, Rotterdam, Bremerhaven, Aberdeen, Liverpool, Houston, Panama and Macae (Brazil), and will roll out the system to other locations over the coming months.