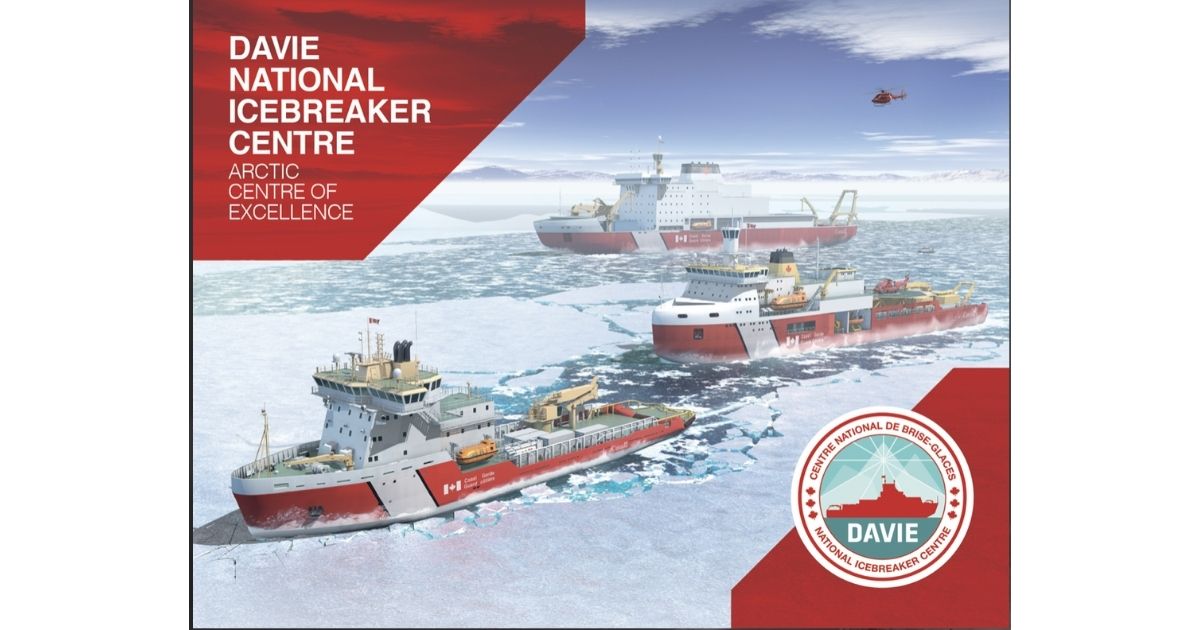 Davie, Canada’s premier builder of Polar and ice-capable ships, has welcomed GE as a strategic partner in its Polar Icebreaker program, which is the flagship of Canada’s National Icebreaker Centre (NIC).

Launched in August 2020, the NIC is a center of excellence for Polar technologies and Arctic expertise. It reflects Davie’s role as Canada’s icebreaking partner and builder of the new icebreaker fleet, under the National Shipbuilding Strategy (NSS). This will create thousands of good jobs, a vibrant world-class maritime cluster in Québec and drive exports of Canadian innovation.

GE’s Power Conversion business offer a full spectrum of best-in-class integrated electrical propulsion and power systems, including its SEAJETTM podded propulsion units. The ice-class range of SEAJETTM – a technology jointly developed with AETC Sapphire – is available for Polar Class notation, with a power range of 7.5MW to 15MW. In the SEAJETTM system the electric motor is housed in the hull mounted pod and directly connected to the propellor, freeing up cargo and operational space in the ship.   Maneuverability and efficiency are greatly improved, and total fuel consumption and exhaust emissions are reduced. Customizable for different ship types, with simplified installation, SEAJETTM pods can enhance performance in an array of commercial, offshore marine, and ice breaking ships.

Davie is fully capable and ready to begin work on the Polar today. Davie is Canada’s only mega-yard with 50% of total capacity, able to build up to eight large, complex ships simultaneously. The 150-metre Polar will be easily accommodated in Davie’s 351-metre Champlain Dry Dock. An integrated build schedule would ensure Polar would complement other Davie programs such as the six Program Icebreakers (PIBs) it is set to build under the NSS. In fact, it would facilitate a steep learning curve and economies of scale to significantly benefit both programs by mitigating cost, schedule and performance risks.

Moreover, a recent analysis conducted for Davie by Deloitte[1], drawing on ISED and StatCan numbers, concluded that building Polar Icebreakers at Davie will generate up to 2,500 well-paid jobs, engage over 1,300 suppliers (with 900+ in Québec) and contribute up to $2.5bn to the Canadian economy.

“We welcome GE to our Polar program. Their leading-edge propulsion system combined with decades of icebreaker experience and electric and power system capabilities are unsurpassed. Their inclusion also greatly strengthens Canada’s National Icebreaker Centre. Together, we can ensure the Polar is stimulating the post-pandemic economy and protecting Canada’s Arctic interests into the far future.”

“GE are ready to begin work with Davie Shipbuilding to deliver Canada’s new generation of Polar Class ships. GE and Davie skills are complementary. GE are prepared to deliver the robust systems and equipment that are essential for the powerful Polar Class ships that Davie will build for Canada. We are excited to have the opportunity to strengthen Canada’s National Icebreaker Centre under Davie’s leadership, and we look forward to engaging broadly with Canada’s marine industry.”